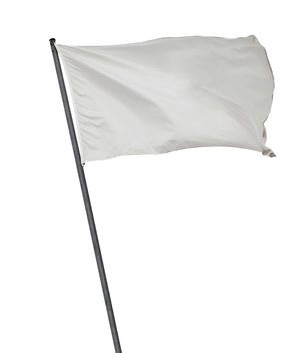 “Sometimes your only available form of transportation is a leap of faith.” – Margaret Shepard

I am a big fan of taking action. All kinds of action, really – small consistent steps that add up to greatness over time, anything that’s different than what you would normally do, anything that gets you out of being stuck, anything that will give you feedback that you can use to decide what action to take next.

But there is one action that’s always in your back pocket that it is all too easy to forget about. And maybe even a little scary to contemplate. But it is so powerful. Like, dropping an eight in a game of Crazy Eights powerful. Lay this puppy down and bam! Everything changes.

There is only so much that’s in our control. And that is a beautiful thing, because how exhausting would it be if absolutely everything that happened to you was up to you?!

The equal and opposite force to putting things out there is to receive.  If you have been working like the dickens to make progress on something but you’re still bumping up against an invisible wall, there’s your cue: It’s time to give up your effort.

I’m not saying you wave the white flag, admit defeat, and let go of the dream. I’m saying you set an intention to leave some space for someone or something else to come in. You need to be open in order to receive. Soft. Not striving. Not irritated. Not trying so damn hard. So you go off and do something that makes you feel restored, at peace, supported.

When I first started practicing yoga a million years ago (OK, it was 1995), I saw people go up into headstand during my first class and thought, “WHAT IS THAT?!?” I’d never seen anything like it. A part of me wanted to do it something fierce. But I am kinda chickenshit when it comes to going upside down. As a kid, I never even learned how to do a cartwheel.

Nevertheless I swallowed hard and started doing all the prep that would get me to standing on my head in the middle of the room—bringing my head to the floor in a downward dog, eventually coming up into a little upsidedown-egg pose at the wall. Gradually straightening my legs. Moving my mat millimeters away from the wall. Once, while taking a yoga class in a gym, I moved about 6 inches–woo!—away from the mirrored wall. It was great, until I rolled out of handstand and my rump smashed into mirrored wall and cracked it like a hard-boiled egg. People, I worked hard and long on that headstand.

After about five years of this, I started to break out in a cold sweat whenever the teacher called out headstand in class. I thought I detected disappointment in my teachers’ eyes when they saw me move my mat to the wall.

That’s when I stepped away, didn’t even try to come up for a few months. Ah, peace. I focused on other things.

And then one magical day, I decided to try again in the comfort of my own home. I will never forget the way my legs floated up, like buttah, into my very first unsupported headstand. I consider it to be one of my major achievements. And it was all because I worked hard and then I surrendered.

So, where could you give up? And what would you do instead?

I’d love to hear your thoughts in the comments below.