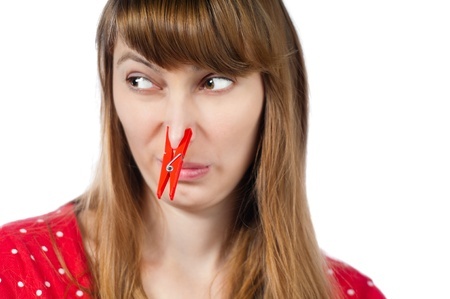 Ok, time to be honest. You know there are individuals, or perhaps even whole categories of people, who trigger some not-so-pleasant emotions in you.

Maybe they drive you nuts. Something about the way they behave or even just carry themselves annoys you. For me, once upon a time, this was people I assumed to be rich. I’d see someone pull into the Whole Foods parking lot in her Mercedes, sporting Gucci sunglasses, and I’d think, “What an a-hole!” (I wrote about this in this previous post.)

Or, maybe they bring out your competitive side—something good happens to them and it makes you want to go out and one-up them somehow. This could be a colleague who has just gotten a great new gig.

Or, perhaps the emotion that this certain person makes you feel is jealous—how could it possibly be fair that they have what they have? This might be your friend with a doting partner when you are feeling tragically single.

I know you have someone like this in your life. Think about them for a moment. Who are they? What is it about them that triggers you?

My views on what people like this are here to teach you have been evolving over the years. I used to think it was all, “You spot it, you got it.” Meaning, if someone annoys you, it’s because you share some trait –something that you don’t particularly like about yourself – with them. And it’s easier to see something and judge it as bad in someone else than it is to own it and heal it for yourself.

Then I started to see that sometimes what bugs you in another is something you have subconsciously decided isn’t cool for you. (Again, more on this in the post I mentioned above, Go Ahead, Have Some.) Those rich ladies I rolled my eyes at in the Whole Foods parking lot? That was about me thinking that rich people are jerks, a belief I’d cooked up during childhood when my grandparents were country clubbers with money to burn and my parents and I were eking by, or so I perceived. And thus, if rich people were jerks, my subconscious had decided that it wasn’t cool for me to ever make a lot of money.

But now there’s another layer that I’m seeing. And that’s that when you are annoyed by, or competitive with, or jealous of another person, it’s showing you something that you believe isn’t available to you. Something that you want. And something that you aren’t likely to get—precisely because you’ve got this squirrelly idea that it’s not cool for you to have it.

When I was hating on the fancy-car drivers, the belief that was fueling it went a little deeper than “rich people are jerks.” I was really thinking that if someone had more money than they needed (as evidenced by their ability to drop wads of cash on a fancy car), it meant that there was less of it for me. Or, on the flip side, if I had more money than I needed, it meant there would be less money available for other people. So if I had plenty, it meant I was somehow hurting other people. Which just simply isn’t true. New money is printed every day. There’s enough of it out there for me to earn handsomely and for you to earn handsomely. My doing well doesn’t make it less likely for you to do well. In fact, it’s the opposite—when I do well, it plants the seeds in the minds of people around me that they can do well financially too.

To bring it back to the person or people who are making you feel grumpy, angry, or jealous: It’s tempting to hate them, or look down your nose at them. But really, all they are doing is showing you a belief you need to heal in order to get what you truly, and probably secretly, want.

I heard the Dalai Lama speak in Central Park many, many moons ago and the thing he said that stuck with me the most is that difficult people are our spiritual teachers, and it’s proper to welcome them and even thank them. He admitted this could be hard to do, and then he laughed, which was awesome. But I think it’s taken me all these years to get that what I’m talking about today is what he was talking about then. I used to think difficult people served the purpose of teaching us a lesson. But now I see that they are here to help us stop doing things that make us feel bad, and start doing more things that make us feel better. Which, really, is quite a loving thing to do.

If there’s some person or situation that’s got you feeling annoyed, competitive, or jealous, I’m willing to bet there’s an old, unconscious belief that’s been keeping you from going for the things you most want. And that belief is ready to be seen so it can transform into something a lot more positive.

3 thoughts on “What Your Disdain Is Trying to Tell You”