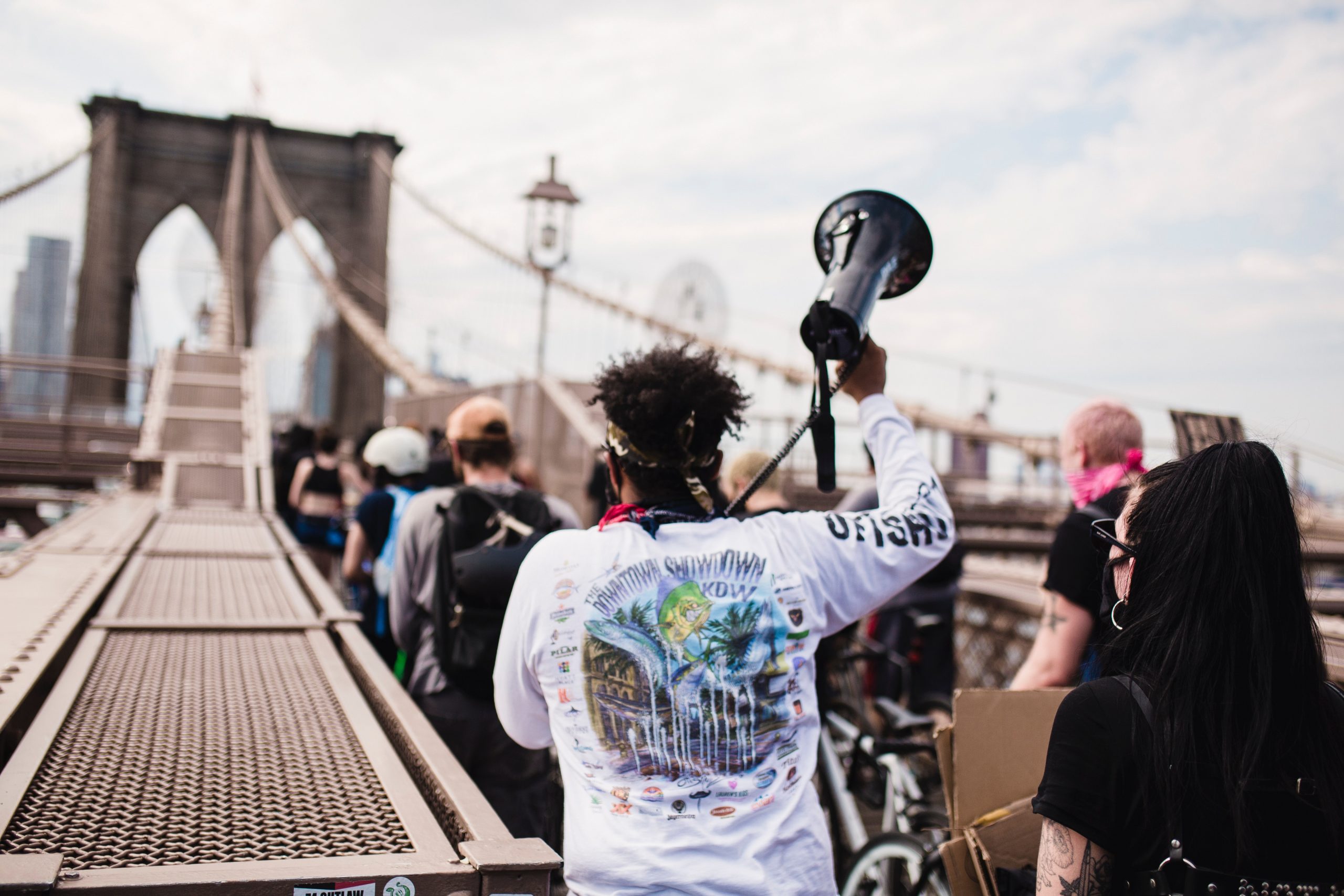 Gandhi said to be the change you wish to see, and of course, he’s right–we can’t wait for others to do things differently, we have to start with ourselves. But, if you only ever think about issues in terms of what you yourself want, well…it’s not actually all that helpful. Because one person only has one experience, and issues affect multiple people, sometimes millions or even billions of people.

Wanting to get involved and create change is noble and good and I hope you act on that desire. But I also hope that you use activism to break out of your bubble and consider how other people are impacted by that same issue–especially those people who have the most at stake. That’s what we’re talking about today.

It’s part of a week of episodes on getting involved–a theme inspired by the recent shootings in Uvalde, Texas and Buffalo, New York when so many people are feeling called to do something about gun violence in America.

I wanted to help encourage anyone who is wondering what they can do, to jump in.

And, because this is a show about being a better person, I also want for you to welcome the personal growth that can come from speaking up and showing up for the things you believe in.

So… let’s talk about how getting involved in an issue can help open your mind–and your heart–to other people’s experiences, particularly people who might not enjoy all the same privileges that you do.

But first, why can’t you just jump in with a full head of steam when you’re feeling that call to help?

Well, you CAN, but it’s really important for you to acknowledge that there’s a lot you don’t know, simply because you haven’t yet had a reason to consider the issue from other angles.

You may be feeling called to action as a result of the school shooting in Texas. Which, of course! A mass shooting at any school, but particularly an elementary school is heartbreaking and enraging. Anyone who is a parent will feel that pain, and even if you don’t have kids you probably can get on board with the idea that school should be a safe place for kids to learn. But when you look at school shootings as part of the bigger picture of gun violence in America, you learn that public mass shootings – which means they include but are not limited to school shootings, only account for less than 1 percent of gun deaths in the US (that’s according to Amnesty International).

While suburban white people get super activated in the wake of a school shooting, which happen every few years, gun violence is a significant daily threat in communities of color. Over 106 Americans die as a result of gun violence every single day, and Black Americans are 10 times more likely to die of gun violence than white Americans.

To put it bluntly, if you are a white woman upset about school shootings and you start participating in the gun violence prevention movement without considering all the other people who are more affected by gun violence, you can offend others, muddy the waters, and take attention away from the even larger problem.

That’s why a vital first step in using activism is to make it your mission to seek to understand the full scope of the issue.

It’s hard to use your power for good if you don’t honor this step. Read articles or books, talk to people who have been involved for longer for their suggestions of what you need to learn, show up to meetings where the issue is discussed.

Also, it’s important to remember that seeing a problem from multiple points of view is going to require listening. That requires not talking. It also requires having an open mind and a willingness to see something in a different way.

If this all sounds like a lot–you are excited by lobbying for change but less excited about doing your research, know that you can’t grow if you’ve already decided you know everything there is to know. Not only that, but your impact will be limited.

I can promise you that doing any kind of work for the community will introduce you to people and perspectives that will change you. Be a partner to that process of growth and evolution and be open to seeing multiple perspectives on the cause that’s near and dear to your heart.

Your tiny assignment is to spend 15 minutes researching the issue that you want to help make better. If it’s gun violence, Everytown for Gun Safety is a great place to start, which you can find at everytown.org. It started as a bipartisan alliance of mayors from around the country who wanted better gun laws, and they research gun violence statistics and collect data on the impact of both good and bad gun laws and the information they make accessible really helps bring the issue into clearer view.

If it’s another issue, look for sources, such as nonprofits and think tanks, that are nonpartisan (and nonpartisan organizations will list this clearly on their website because it’s a distinguishing factor).

And be sure to come back tomorrow when I’m interviewing Jennifer Boylan, a volunteer leader of Moms Demand Action, for the good news on what you, as an individual, can do to help reduce gun violence in America.