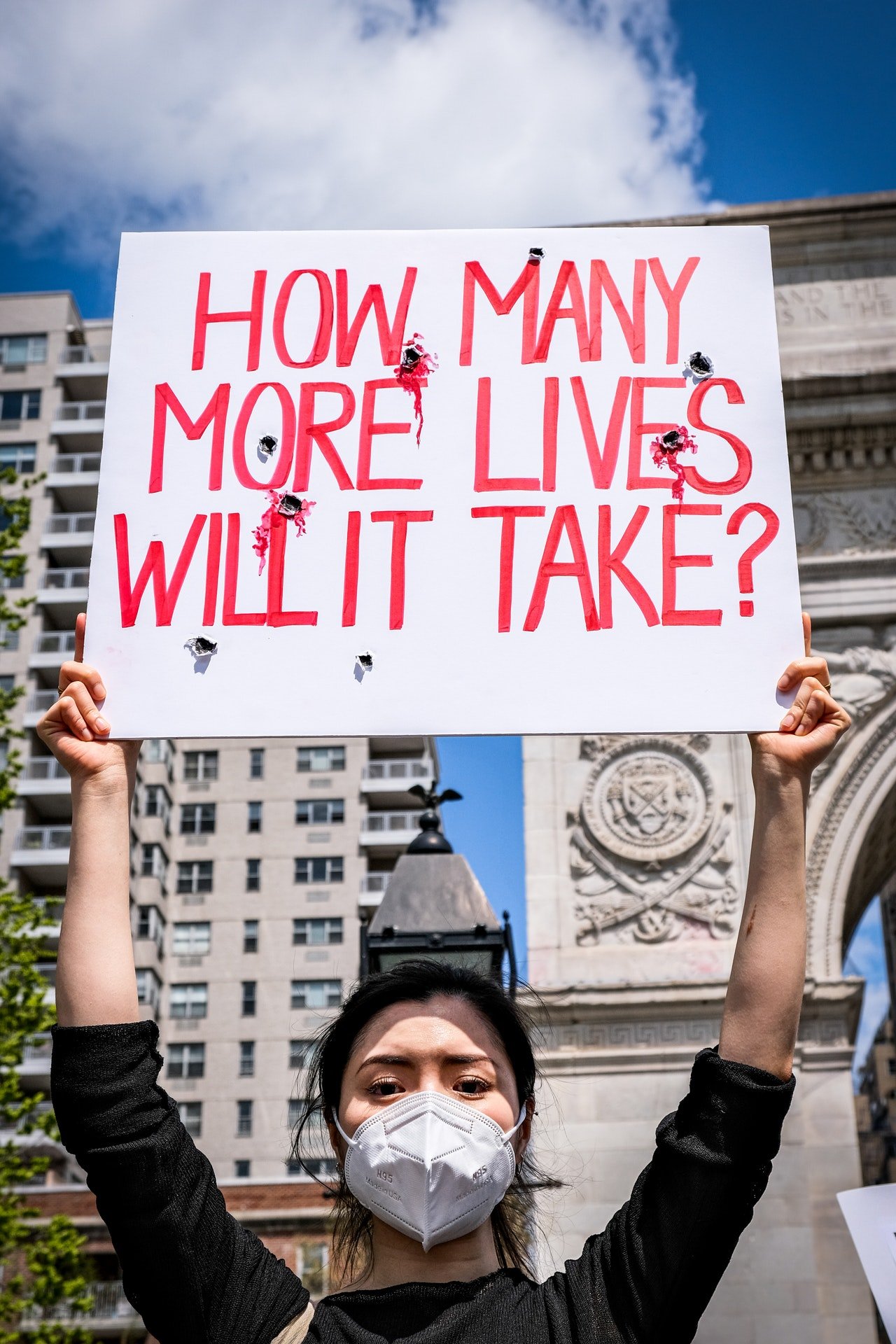 I know we’re a couple weeks out now from the most recent horrific mass shootings, and likely others have occurred. Because according to reporting by the Washington Post, there were 12 mass shootings over Memorial Day weekend alone. (For the record, a mass shooting is defined as an incident where at least four people are injured or killed, not including the shooter.)

It’s easy to numb out. And it’s easy for the media to move on. But in your heart, you haven’t moved on. As much as you might wish you could number yourself to them, you’re still thinking about the elementary aged kids shot at school, or the uncles and grandmas killed at the grocery store. Maybe you’re nervous to send your kids to school, or to attend gatherings yourself. And you maybe feeling helpless and sad, but you also desperately want things to change.

These episodes are for you.

And while I’m speaking directly to national levels of gun violence in these episodes, the thing you are upset about may be something else. There’s certainly no shortage of issues! Climate change, economic inequality, Ukraine. Everything I’m talking about this week applies to those issues, too.

Especially, this: Despite the urgency of all of these issues, you can probably come up with a laundry list of good reasons to NOT get involved.

Time, energy, bandwidth, you don’t want to rock the boat, you’re afraid of how people you love will react.

All legitimate concerns, but here’s the thing…

That upset isn’t here just to torture or make you feel bad. The kernel of that helpless feeling is a desire to help, to be of use, to use your power for good. It is an opening for getting you engaged in making the world a better place.

AND, not acting on that desire to help is hurtful to YOU. It’s like keeping a secret, or beating yourself up for something that you messed up on. It sticks with you. It doesn’t go away. And it lingers. Festers.

I mean, sorry to go there but, it’s true.

On the other hand, acting on that desire to help make things better feels really good. It gives you a place to put those feelings. It relieves that guilt that you should be doing something. And it helps you live your values. In other words, activism is self-care.

Perhaps Uvalde and/or Buffalo were the tipping point for you. Because when you talk to people who have gotten involved in causes they care about, they all typically have a tipping point. In superhero movies, it’s called their origin story. Whatever you call it, it’s something you experience that nudges you to start doing things differently.

In 2018, I had the amazing opportunity to help Shannon Watts

Shannon founded the gun sense advocacy group Moms Demand Action. I had the honor of helping her write her book. I got to spend hours on the phone with her, interviewing her about how she came to found that organization. And I got an inside look at how Moms Demand Action volunteers has grown to be the biggest group lobbying for common sense gun laws… and how they have blocked hundreds of bad bills from getting passed in states around the country. Something Shannon talked about again and again is that we all have a moment where we see something or hear about something that’s happening and we think, enough is enough. I can’t stay on the sidelines any more. I have to do something.

For Shannon, that moment came one morning when she was folding laundry and watching the news

Her five kids were all at school and she was enjoying the quiet, when the news reported the school shooting at Sandy Hook Elementary in Newtown, CT. She said watching those first and second graders being led to safety in the woods, in a single file line with their hands on each other’s shoulders, like little soldiers, shifted something in her.

Her mom instincts got activated and she imagined how it felt for those parents who had kissed their first graders goodbye that morning as they dropped them off at school or at the bus, and then would never see them again. And she knew she had to do something. So she created a facebook group with an impassioned plea to other moms to work together to do something to make school shootings a thing of the past.

In the 10 years since, that one Facebook post has transformed into a grassroots group of over 8 million volunteers who work tirelessly to get good gun bills passed, and just as importantly, to prevent bad gun bills from becoming law. They are the first and really only line of defense against the gun lobby, and as unsafe as our country may feel today, it is way safer than it would have been without the efforts of the Moms volunteers.

Now, we’re not all going to hit it out of the park in quite the same way as Shannon Watts

But still, it shows the power of acting on that moment of upset and putting it toward effecting change.

Yes, we are facing big, systemic issues. Yes, it will take years of work to get to a truly different place. And yes, we’re going to have to stay vigilant since that thought process that says that things can’t go backward once progress has been achieved is false.

But how all those things happen is when we each of us does our part. I think of one person as a drop of water, that when you combine it with enough other drops of water becomes a river, which becomes a sea, which becomes an ocean.

So that upset you may be feeling? It is gold. It’s here to get you to do things differently. That’s why it’s so uncomfortable, so you will be compelled to take action.

Your tiny assignment is to take one step toward getting into action. Text your friend who’s already involved and ask how you can join. Text ACT to 64433 to officially sign up with Moms Demand Action (they are absolutely open to non-moms of all stripes–they call themselves mothers and others). Do something to answer the door–your origin story is knocking.

And I hope you’ll keep tuning in this week

When I’ll be sharing how activism can help you break out of your bubble (and why that is such a beautiful thing), what one person can do to help end the epidemic of gun violence, 3 ways to make activism less overwhelming and scary, and 5 ways to use social media as a force for change. Come on back! And if you have a friend or family member who you’ve been talking to about this stuff, and you think they might be ready to get involved, too, please, forward this episode to them. I’ll talk to you tomorrow.