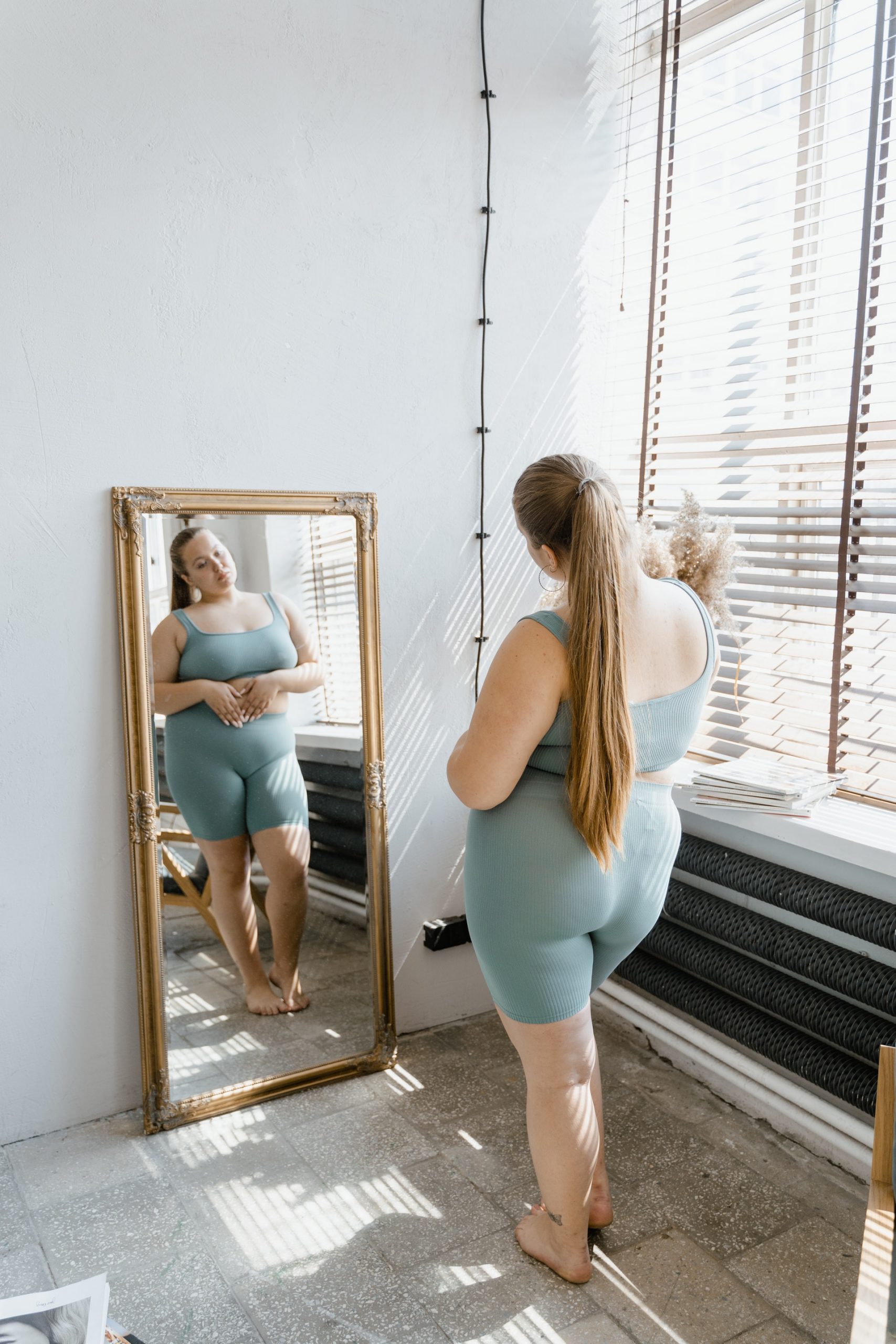 In honor of the year we just had, and the year before it, and how grueling they have been in terms of stress and uncertainty and the sheer volume of decisions we’ve had to make on a daily basis, I want to approach this new year’s season a little differently.

For the new year, Instead of reflecting, and setting goals–both of which are great to do and if you love doing ‘em, good for you do NOT let me stop you–I am aiming dedicating this week’s episodes to the theme Un-Do 2022: 5 Surprising Strategies for a Better Year.

Think we’ve all had enough of “I’ve just gotta do this” or “let’s do this” thinking of pushing through–after that year and a half we’ve had, let’s not do. Let’s un-do, and make way for a more nuanced and personal path to emerge.

And I’ve got a co-host for this week:

My good friend Terri Trespicio, whom I’ve known for close to two decades, AND who is the author of the brand new book Unfollow Your Passion. Terri is my go-to source for advice that flies in the face of conventional wisdom, and she’s not just mine–her TED talk, also called Unfollow Your Passion, has over seven million views. Each day this week, Terri’s going to come on to talk with us about one idea from her amazing book that I’ve curated into five anti-resolutions, if you will. Choose one or choose ‘em all as a focus for the year ahead–any of them will help you create some more space in your head and your heart for cool, maybe unexpected new things to develop.

I should have maybe run it on Monday, but for whatever reason, my episodes that drop of Fridays tend to get the most downloads, so here it is: Un-Fix Yourself.

That might seem like a mixed message, coming from a podcast called How to Be a Better Person. Just to be clear, I don’t want you to be a different person. Just to help you be that version of yourself that you know is in there, and that can get overlooked when we’re busy, or stressed, or distracted. It’s not fixing we’re after here. It’s remembering. And growing.

Let’s bring Terri on, to talk about why this is such an important distinction. Listen in especially for when she explains what the true definition of fixing is, and why it often has the result of making you feel stuck.

So Terri, most of us, when we approach new year’s resolutions, we’re trying to fix something about ourselves. We wanna lose weight. We wanna work out more. You know, we’venew year got some kind of problem that we’re looking to solve. And there’s a peril in thinking that way. But can you talk about what that is. Because it’s such a common way of thinking that maybe people might have a hard time seeing why that’s a problem.

Now, granted, Kate, you and I are part of that world. We are writing things and sharing things that we hope are resources for people to think differently about their lives. But there’s a difference between handing someone a resource and telling them they need to be fixed. And this is coming from me, someone who technically has just published a self-help book.

Oh, please. I have a podcast called How to Be a Better Person!

Exactly. There’s nothing wrong with that intention though, I don’t think. I want people to question what it means to be fixed. I just went to open my refrigerator the other night and the whole handle came off. That needs to be fixed. And you know what that means? Fix means to fasten or secure in place. That door handle can’t be flopping around like a fish. I need to be able to open the door easily. That can be fixed. But the idea that we need to be fastened in place to be secure is not true. We talked about it with plans and UN planning and realizing that we can’t control what happens. It’s the same with this.

We are not totally in control of what happens in the world, but we are in control of ourselves and our behavior. And we are not a refrigerator door. We do not need to be fixed in place. In fact, what we talk about a lot, when we think about personal growth, growth mindset, versus fixed mindset. To be fixed is to be rigid. It’s one kind of secure, but it’s not the only kind of secure.

So what I say is what if the answer wasn’t to be fixed, but to do the opposite? To unfix. And by that, I don’t mean be messy and be crazy and don’t care. I mean, literally loosening up the mooring a little bit so that we could actually flow. So that rather than be flaw focused, we were focused on where to find momentum, where to get where to get moving. Because how funny is it when you hear from so many people that they feel stuck? That’s what fixed is.

So if you want to be unstuck, you’re gonna have to unfix as well. And as you know, the very fancy psychology term, right? The reticular activating system, which is the part of your brain and your brain stem, that filters incoming information so that you know how to behave, right? Uh, that’s important. That’s why the mother of a newborn, you know, you could land a plane on her house and she probably won’t wake up. But as soon as that baby makes a noise, she’s up like a shot. That’s the reticular activating system, but we can also train it.

If you’re looking for flaws for yourself, you’ll never run out of flaws. You will never run out of things you think are wrong. Is that what you want to spend your life paying attention to? Because you’ll end up navel gazing and you’ll end up standing still. And then wondering why you haven’t gotten anywhere. So trust someone who was always an anxious kid,  that actually to let go and to find a little flow may bring you to far better places and bring you to a far better sense of self than fixing anything could ever do.

I really had not thought before about how the definition of fix is to put something in place, or make unmoveable. Like a fixed point in geometry. No wonder trying to fix yourself–or another person–can so often make you feel stuck!! You may think those efforts to fix aren’t working but according to the true definition, maybe they are.

Your tiny assignment is to write down that running list you likely have in your head of things you want to fix about yourself or your life, and then right next to them, write down some exciting possibilities that are related to those fixables that you could focus on instead.

I think of this in terms of goals versus aims–goals are very specific, and typically address a problem. Aims are more general. They are more about the direction than the destination.

For example, a goal might be to lose 10 pounds, but an aim is more general

Like feeling good in your body, getting more comfortable cooking healthy foods, and finding ways to move that feel like fun. Can you see the possibilities in the many ways you could go about getting more comfortable cooking healthy foods? You could take a class, you could ask friends for their favorite recipes, you could invite someone over to dinner so that you have to cook, etc. Remember, to fix means to set in place, and setting a specific goal is like pinning a butterfly to a bulletin board. Instead, think about all the cool bushes that butterfly could visit. Those are your aims.

So there you have it! Now you have five new ideas for thinking about how you want to be and what you want to create in the new year. Speaking of, happy new year’s eve!! I hope you spend it doing something that’s meaningful to you.

If you want to check out Terri’s book:

And come back next week, when I’m taking a look at the idea of recovery, a concept that has many meanings, and that is something most people need in one form or another, particularly after the two years we’ve just had.