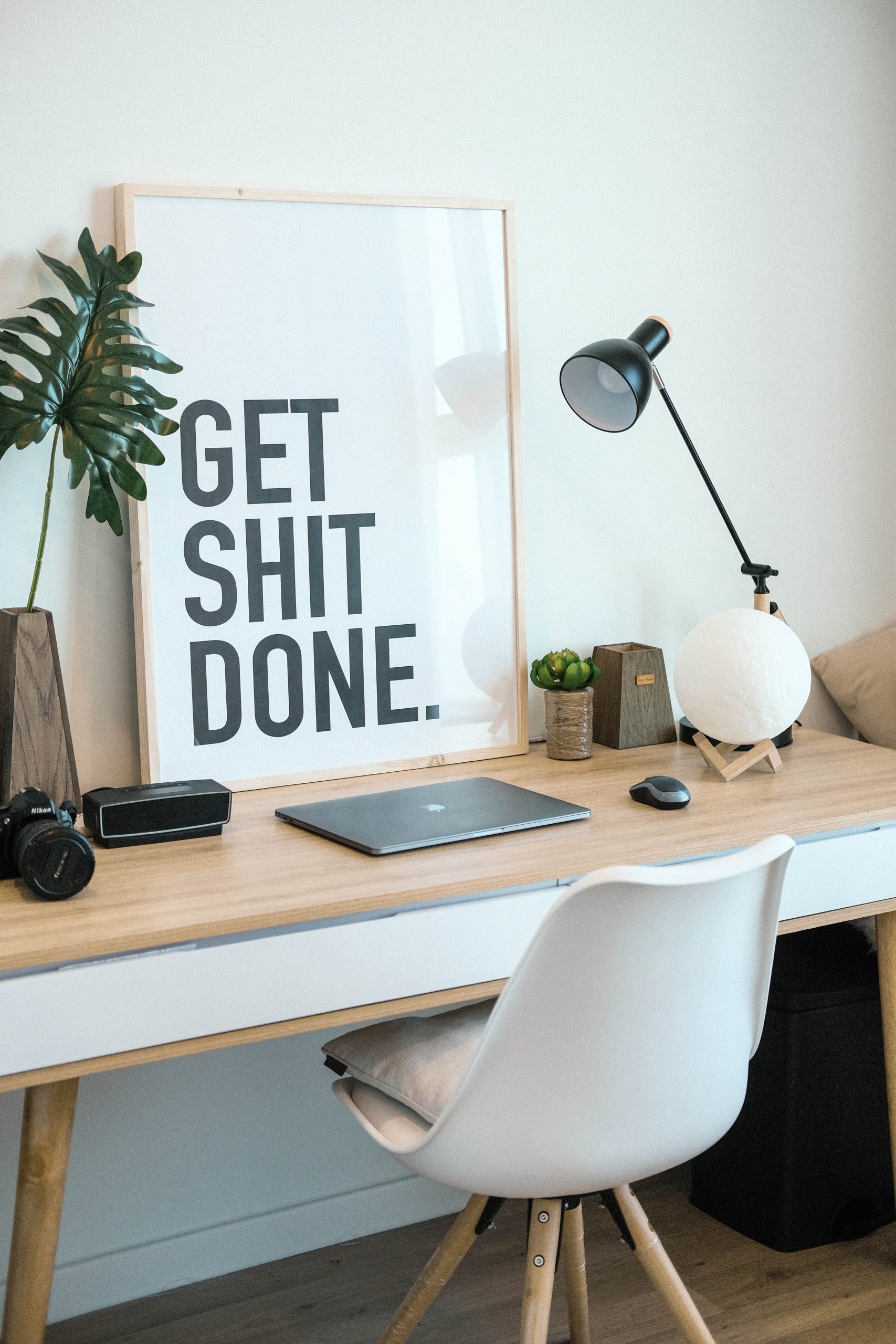 Having trouble focusing? Today I will be getting tips to hone your focus from Paula Rizzo, author of Listful Living and Listful Thinking and a productivity expert extraordinaire. But she’s not one of those productivity experts that wants you to divide your day up into 10 minute increments so you can jam more stuff in. She’s more about getting clear on what matters to you so that you focus on that, and let some of the stressful stuff go.

I’m excited to talk to her about how to stay focused on what matters when we have so very many things to distract us.

So we’re talking about attention this week. And you help people organize their thoughts, their to-do lists, and their lives so that they have time for the things they care about. First of all, how did you come to care about this stuff?

Well, it’s interesting because lists changed my life. I spent my career as a television producer and you have to be really organized to get stuff done. To get things on the air on time and meet your deadlines. And lists were a big part of that and run downs and checklists and all of that.

And I was really efficient and really good at it. I won an Emmy award and I was able to be good at my job because of those things that I was doing on the productivity side. But then at home, some things were falling through the cracks. You know, you don’t want to do the same kind of things that you do at work at home. Cause it feels like work.  When I quickly realized, Hey, you’re forgetting things or, you know, you’re not actually on top of your game as you could be. What’s the missing factor? And lists were the missing factor for me.

What do you do when you feel scattered?

I do stop myself from that frantic scattered feeling. Like I notice it, right? So I’ve been a student of meditation for a while. At first I thought it was kind of bogus, you know, as a journalist, I was like, man, what is this? I don’t know, years ago when I first did my first story on meditation, I was like, what is all this? But now I totally get the mindfulness piece that, you know, just stopping and noticing what you’re doing, what you’re feeling is so important. So I do that now.

Now when I start to feel scattered, I’m like, okay, let’s just take a look at this. Why am I feeling so scattered? Ah, it’s because there’s too many things going on. And then I make a list. And I just do a big brain dump of everything that I have to do, everything that’s going on, everything that’s stressing me out. A lot of times, once you look at it on paper, it’s like, Oh, there’s not really that much stuff here. You know, I was kind of  making it a little bit of a bigger deal or this doesn’t have to be done for quite a while. But it’s nice to be able to map it out for yourself like that. Just stop yourself, pause and then reevaluate it.

So I’m curious, where are you writing these lists down? Are they handwritten or are you typing?

I do a little bit of both and people often ask what’s better. And I always say, you know, whatever works best for you. So for me, my daily to do list that I make every night before I leave my desk. And I did that as a TV producer.  Now as an author and media trainer, every night before I leave my desk, I make that list of things that I have the time and the resources to do the following day.

And I do that by hand. For me, you know, when you write something down, you’re 33% more likely to do it. So I really like to lock that in. But I do use some digital lists as well. You know, some things that I need to remember or, you know, ideas that I have. I have different apps for different things so that I know sort of like what drawer things are in. Because when I first started using digital apps, I was just storing everything in one and then I couldn’t find anything. So that was, that was no help.

So as you’re making your list and putting things, getting things out of your head and putting them down on paper, is that an important part of how we discern, if something is truly urgent or if it’s something that’s maybe just kind of a distraction that can wait until later?

Yeah. It is very important to sort of have it down on paper and look at it, but also to know what your priority is, what is your main priority for this time period and that changes. And so that can be really hard for people to nail down, but like, let’s say sleep is your priority right now. You’re feeling like, you know, your doctor told you, you need to get more sleep. You’re not getting enough of it. So every decision that you make, everything you put on that list sort of goes through that lens of, is this going to mess up my sleep or not?

You know, am I going to say yes to this speaking thing that happens at 9:00 PM, even though it’s virtual, and I won’t be able to get to bed when I need to? So, you know, that’s sort of a simplified example. But you can do that with any project you’re working on, like, is this my main project or main client right now? That has to be the truly urgent thing versus something that can probably wait for later.

And do you think you can have more than one kind of more important thing? Or do you really need to hone it down to like top, top, top, everything else is secondary.

Yeah. I think it is helpful to really have that rule for yourself to say like, this is the lens through which I’m looking at this, you know, I’m working on this, writing this course or doing whatever this is. And so anything else that pops up is going to be a distraction and I can get to it if I get to it, but I need to make sure that my priorities are aligned and it takes work and it takes time to figure that out and to also be able to say no to things, because we want to say yes, and we want to, you know, be helpful to people and all of that. But if you look at it that way, it’s, it’s much easier to be able to say, huh, well, this isn’t going to work right now. This is a distraction. I’ll get to it or I’ll never get to it. And that’s okay.

How do you balance efficiency and getting things done and being in control of your schedule with patience, which requires you to accept that not everything is going to happen on your timetable?

Yeah, that’s tough. It really is. And you know, the other piece of that too is disappointment. Like you wanted to do something maybe, right? You wanted to say yes to that thing. And you just can’t, you have to say, I can’t do it right now. But I like to be in the world of abundance and think the right things will come back to you. There was a time when I had my overwhelming inbox. I think a lot of people share this issue, right.

And I literally set the clock for 20 minutes and I said, you can save any emails that you want, you know, forward them to a different email address, print them out, whatever it is, reply back to them in 20 minutes.  Then after that you’re deleting everything. So I deleted everything in my inbox cause it was just too much. And I really thought if it, if it’s, if it matters, if it’s something that is going to be great, it’ll come back to me.

The person will follow up again. Or, you know I’ll remember. And it was fine. Nothing happened, you know, nothing broke, you know? So it was, it was actually okay.

I think I’ve heard that referred to as declaring email bankruptcy. I like that. That’s just hearing you talk about that. It’s like giving me goosebumps. I think it might be something that I need to, you should do it. It’s kind of terrifying, but it’s great in the end.

Any tips for shifting gears, between, say, doing work and then being present with your family or friends?

Yeah, it is really important to be able to shut down the office for the day. And now that many of us are working at home and the office is in, you know, in your living room or dining room or wherever it is, it could be a little bit harder, but to be able to have that boundary is so important. And this is something that I talk about in a LinkedIn learning course that I just put together about setting up a productive remote office and closing the door if you can, is so important.

So I live in New York city in a small apartment, in a one bedroom with my husband and I literally turned a closet into an office space. So that at the end of the day, I could put my computer in that office and close the door. I call it a small office cause it’s office. So I put this stuff in the small office and I close it. Cause if you keep looking at it, you keep wanting to do work. It’s just inevitable.

Where can people go who want to connect more with you or find out about that LinkedIn learning course?

You can go to Paularizzo.com/lists.

I really loved how Paula talked about applying this lens of what’s most important to you to help you decide what’s truly urgent, and what’s really just a distraction. She gave the example of maybe sleep is your priority. So you can use that to help you decide if what you’re thinking about doing, that’s going to pull you away in a new direction is worth it. I just want you to think today, what is my number one priority?

Is it something like sleep or eating well or paying attention to your kids before they go back to school? Maybe it’s a particular work project and maybe listen, I am someone who has a lot of work projects going on at the same time. Maybe it’s just the most important work project for today. And you can change a different priority for tomorrow, but just figure out what is my number one most important thing so that I have something to gauge every decision I make about how I spend my time against.