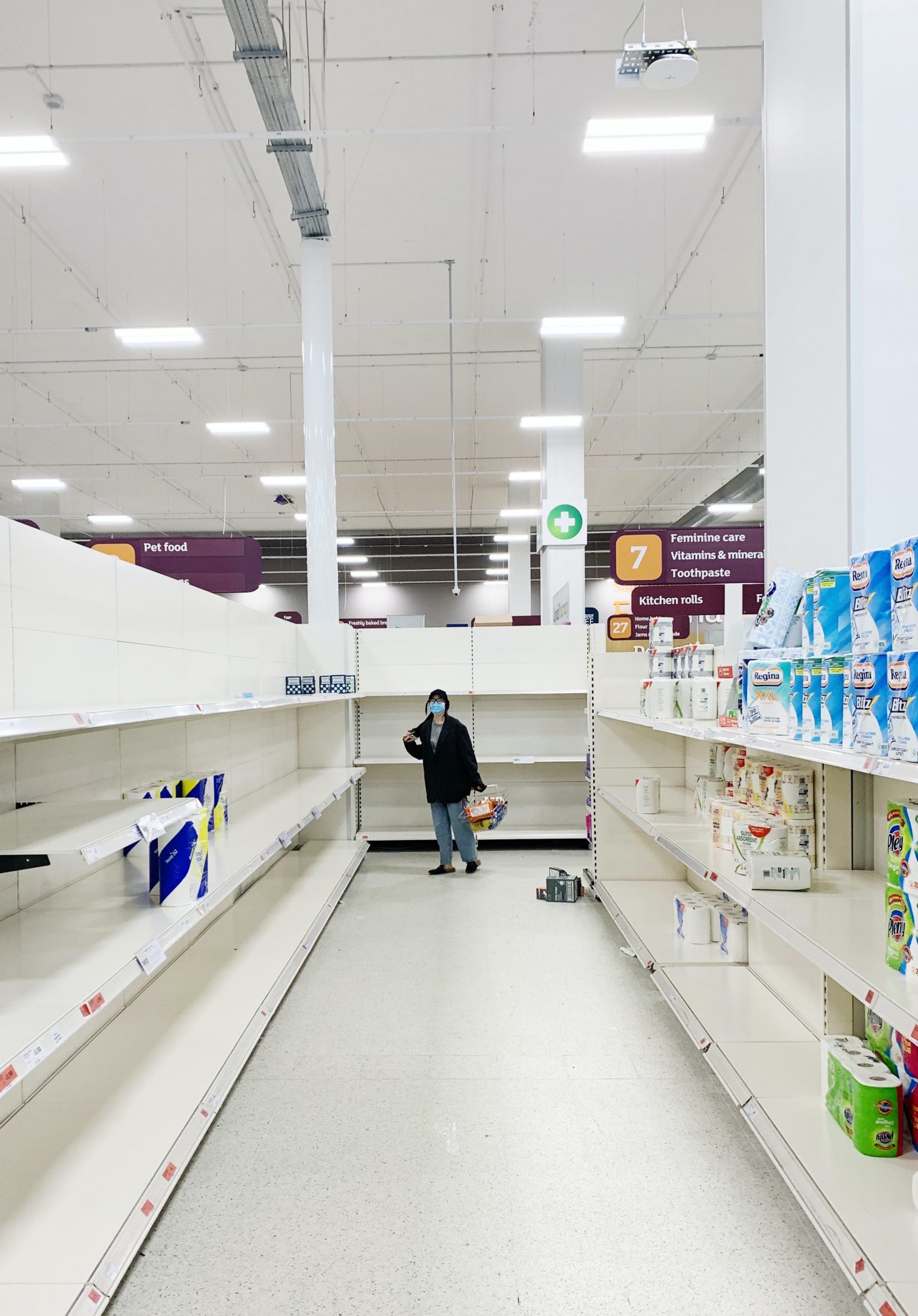 Our current climate and lives are filled with so much uncertainty. Things are getting tense! I’m guessing you’ve noticed, but people are really getting on each other’s last nerve right about now.

It makes sense: we’re all dealing with, at minimum, a ton of unanswered, and seemingly unanswerable, questions. Will schools open in the fall? Will we have money to pay rent/payroll/bills? Is it safe to hug grandma?

Couple that with the (very necessary) social upheaval around racial justice. Throw in a Mercury retrograde and a handful of eclipses (for my astrology-minded friends), and truly, it’s kind of a tense powder keg out there.

That’s why this week, I’m devoting all the episodes to what I’m calling Operation De-Escalation. Let’s explore ways you can help take things down a notch. Both in the outside world and in your own mind, so that we can, in the immortal words of Rodney King, all get along.

Because that’s not really what’s happening right now, and things are getting tense! Even the mundane act of going grocery shopping can put you in the line of fire.

Yesterday, while shopping at the grocery store that I have shopped in at least once a week for the last nine years, a woman yelled at me because I was going the wrong way down an aisle.

It wasn’t a major dust-up. She said, “This aisle is one way the other way.” I said, “The thing I need is right there,” and reached for the seltzer. (Hey, maybe I’m the a-hole… but it was right there and there was no one else in the aisle.) She said, “I hope you don’t drive that way!” It wasn’t a major run-in. No curse words or shaken fists. But still… getting groceries doesn’t seem like an opportunity for criticism.

Things are getting Tense!

This a fairly benign instance but it shows how just going about your daily life, whether in the real world or online, you can get sucked into a skirmish because we’re all on edge. And that’s because there’s a second pandemic happening in addition to the COVID-19 pandemic, and that is stress. And stress—particularly sustained, unrelenting stress, as we have been under since at least March when we first started heading into lockdown—makes people do wacky things. Like yell at strangers in the grocery store. It makes you more tense, reactive, and less empathetic. When we’re all collectively feeling it at once, look out!

I’ve covered a lot of ways to calm your own self down, both here on the podcast (I devoted three weeks of episodes about practical and powerful ways to relieve stress starting on April 20) and in a mini e-book that you can download for free at katehanley.com/calmdown.

But no matter how Zen you may be feeling, it’s hard to keep your composure when there’s palpable tension in the air. Just like it’s hard not to breathe in the smell of a fragrant bush you’re passing by.

Although you can’t make a flowering bush smell less strongly, You CAN help to defuse ambient tension by first acknowledging that it’s there.

Your assignment for today is simply to remind yourself that we are all on each other’s nerves right now. When a driver honks their horn at you, say out loud to yourself, we are all under a lot of stress. When something a friend on your group text says rubs you the wrong way, remind yourself: tensions are high. I’m not saying to excuse inexcusable behavior. Or to not defend yourself when you need defending. I’m just saying, try to remember the context of where we are right now. And let that remembering create a little bubble of grace around you, where maybe the wacky stuff people say or do can bounce off and not penetrate your space. It helps you not take things personally, which helps you not get sucked in.

Instead of getting riled, or drawn into a squabble, acknowledging the tension that we’re all feeling right now will help you just keep it moving. It’s something my kids’ first grade teacher called de-bugging. You know how every classroom has at least one kid whose energy is distracting to the rest of the class? She’d teach the kids to basically ignore those behaviors. It’s like you just decide it’s not going to bug you. Now, there are going to be certain things people do or say to you that are going to bug you very much, and that are going to linger in your consciousness long after the thing itself has happened.

Calm Is Just As Contagious As Fear

That’s different than what I’m talking about here, which is those little ways of acting out that really just aren’t worth disturbing your own personal peace over. When things are getting tense, like someone who makes a comment about your cart driving skills at the grocery store. Remembering that everyone is a stress case right about now helps you let that person have their stress. And KEEP their stress, without triggering your own stress response.

When you do that, it also helps you not pass your stress along to someone else. Calm is just as contagious as fear. So debug the live wires out there and help spread more calm to your immediate environment.

And as for going to the grocery store, my friend Melissa gave me a great tip about dealing with those one-way aisles. She says she parks her cart, facing the right way, at the end of the aisle then walks the wrong way to what she needs. She says no one’s yelled at her… yet. I’m going to try it—although, does that mean you have to walk backwards into the aisle to park your cart?? Hmmm… I’m going to have to investigate.