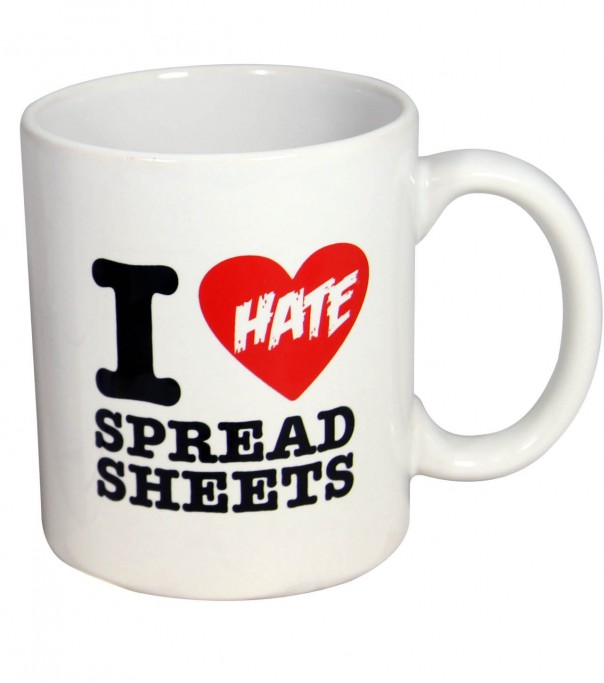 When I first started working with a coach, I attended in-person retreats with my fellow coachees. Invariably, at some point during the weekend, our coach would pull out the legal-sized printout of a yearly marketing calendar.

I would immediately start sweating. First, as a right-brained person, I have an allergy to color-coded spreadsheets. But it wasn’t just a temperament issue.

I also have a long-standing fear of planning. I’ve been gradually facing and easing this fear in the five years since this story took place, but let’s just sum it up by saying, planning does NOT come naturally to me.

I prefer to be moved by inspiration. To really get excited about something enough to spring into action, I’ve gotta feel it.

Also, there was this voice in my head that said,

You can plan all you want, it doesn’t mean it’s going to work out that way.

Plans are for fuddy duddies and worrywarts.

Which led me back to…

But I also knew if you want different results, you’ve got to take different actions. And so, at this stage in the retreat, I would swallow hard, get out my pen, and start writing shit in the boxes for each month.

Literally, I just made stuff up and wrote it down, mostly just so it would look like I was actually a busy person with plans. My ego just wouldn’t accept having blank spaces—the horror!

And then I’d go home and proceed to never look at it again. Until the next coaching retreat, where I would rinse and repeat.

I know I’m not the only one with a mental block against planning—a question I get a lot is, “How can I balance planning and organizing with going with the flow?”

Corporate types and left-brainers will refer to this idea as “setting quarterly goals.” You say tomato, I say to-mah-to. It’s just that thinking seasonally really helps me think about how I’m going to be feeling and where my interests are going to naturally lie in a way that trying to wrap my brain around when a quarter begins and ends just can’t.

I’ve been using a printout I got from Jennifer Lee at rightbrainbusinessplan.com to do my seasonal planning. I wish I could share the document itself with you, but it just doesn’t feel right—but go check out her site and sign up for her newsletter, she’ll send you lots of other freebies! In the meantime, I drew my own non-fancy version of it: 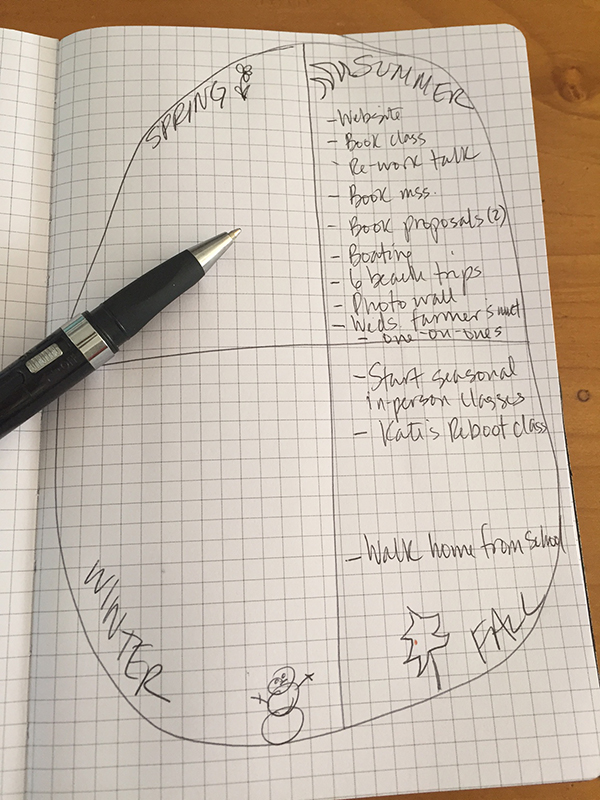 And….that’s plenty. Perhaps even too much—but I also am a huge advocate of letting progress be the barometer of success, not completion. If things spill over into fall, it’s OK.

That’s the thing about planning—it’s about setting intentions and creating a reminder of what’s important to you. It’s not about controlling a particular outcome. Because being committed to one specific result that happens by one specific date will tend to make you disregard anything that deviates from that certain idea you had in your head—even things that are perfectly good, or even delightful. And you don’t want to be blind to something perfectly good or even delightful, do you?

When you take the loosey-goosey approach to kickbutt planning, you get to relax, because you know two things:

It reminds me of this meme: 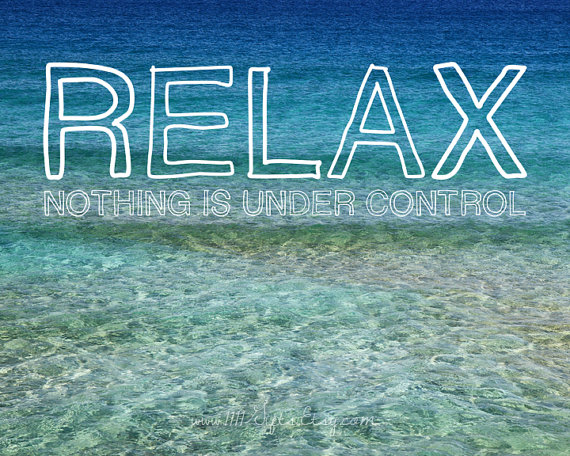 What would feel completely fabulous to have worked on this summer? Let that be what you write down on your seasonal planning sheet of your notebook.