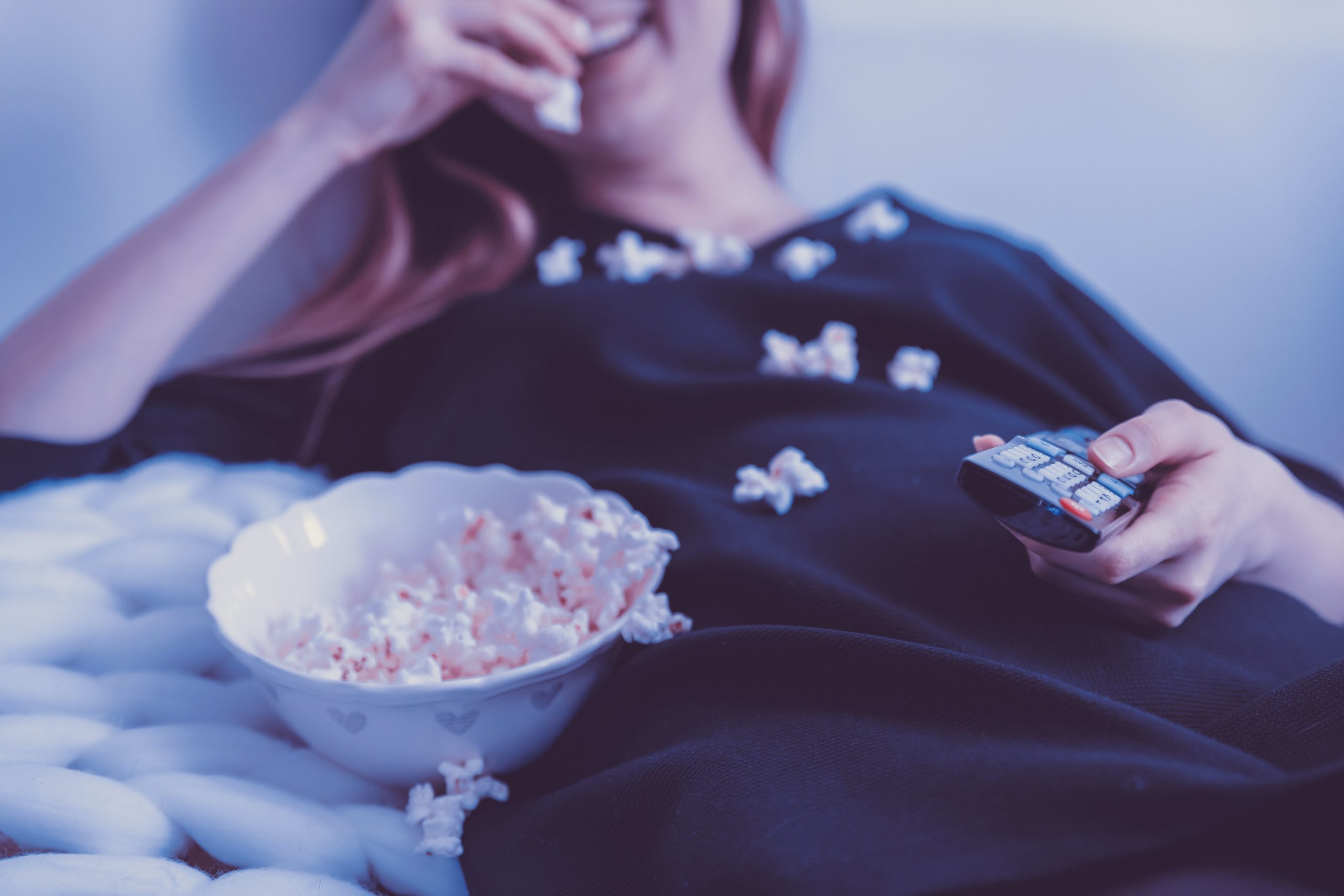 There are probably things you’ve been doing to help you cope with these weird, weird times that maybe aren’t the healthiest choices. Could be something like staying up late, or eating lots of baked goods, or drinking a lot more, or a lot more frequently, than you usually do, or really getting super addicted to scrolling your social media feeds. So, let’s talk about a really simple way you can start to raise your awareness on your coping mechanism.

That’s it. I’m not here to lecture you or tell you not to do them. I just want you to start seeing them more clearly, because you can’t change a habit you don’t know you have. And you do that by asking yourself one very simple question.  And that question is: is this a valid coping mechanism or is this a bad habit?

But since they’re helping you cope you’ve been cutting yourself some slack around them. That is totally OK and very human of you. But these weird times aren’t letting up any time soon. And it’s very possible that the coping mechanisms we adopt now will calcify into a habit. And you know this, habits are hard to break, especially long-term habits that you don’t even think about doing, they’ve become so ingrained.

A valid coping mechanism serves a valuable purpose in the short-term; it’s how you adapt in a positive way. A bad habit isn’t so positive; it probably brings with it a handful of undesirable side effects, like drinking every night can impair your sleep and invite pounds to creep on. And it’s likely to stick around after the tough time is through.

Please, don’t get me wrong. I do believe there’s a time and a place for everything. After one particularly devastating break-up in my early 30s, the only reason I wanted to get out of bed in the morning was to smoke a cigarette. True story. As addictive as a habit as cigarette smoking was, for those two months while I questioned everything and rebuilt my life, they helped me keep going.

After that point though, I had to really ask myself if it was serving me. I weaned myself way way down but I didn’t truly quit until I met someone new–who happens to be my husband now—who can’t stand smoking. Seeing the habit through his eyes helped me pay more attention to my own voice that said, this isn’t helping anymore. Now it’s just muscle memory.

While there IS a time and a place for everything, that time is not all the time. It’s finite. And even when we’re in crisis, we are still living our real lives. It’s not like the sands of time stop flowing.

Asking it before you reach for your phone, or you decide to watch another episode even though your eyelids are getting heavy, or whatever your particular coping mechanism is, gets you out of that mode of thought where you’re like, pffft, whatever, it’s corona, who cares, and prompts you to take a look at what you’re thinking about doing from an outside perspective.

Sometimes just taking a pause to raise your awareness on your own thought process is enough to get it to shift.

And, sometimes it’s not, and that’s ok.

You may be thinking about opening your now nightly bottle of wine and ask yourself— coping mechanism or bad habit—and start to see that it’s becoming a bad habit, but still choose to do it anyway. I’m not here to tut-tut you.

It’s still super important to ask yourself the question because generally, it takes a lot of little moments of realization for us to decide to change something. If you’re not inviting yourself to have those moments, it will likely take a lot longer and something a lot more dramatic will have to happen for you to change your ways—maybe it would be your doctor telling you your pre-diabetic, or you trying on your jeans once the cooler temperatures return and realizing they are nowhere close to fitting, or doing and saying something you regret while buzzed to get you to change.

When you pause to reflect on the regular, you make it more likely that you’ll reach the point where you’re ready to change BEFORE you hit some kind of breaking point.

So that’s your tiny assignment for today. When you go to do the thing today that you’ve been doing to help you get through, just ask yourself, is this a helpful, short-term coping mechanism, or a potentially detrimental long-lasting bad habit?

See what comes up.

No matter what you choose to do next, at least you’re doing with awareness instead of mindlessly.