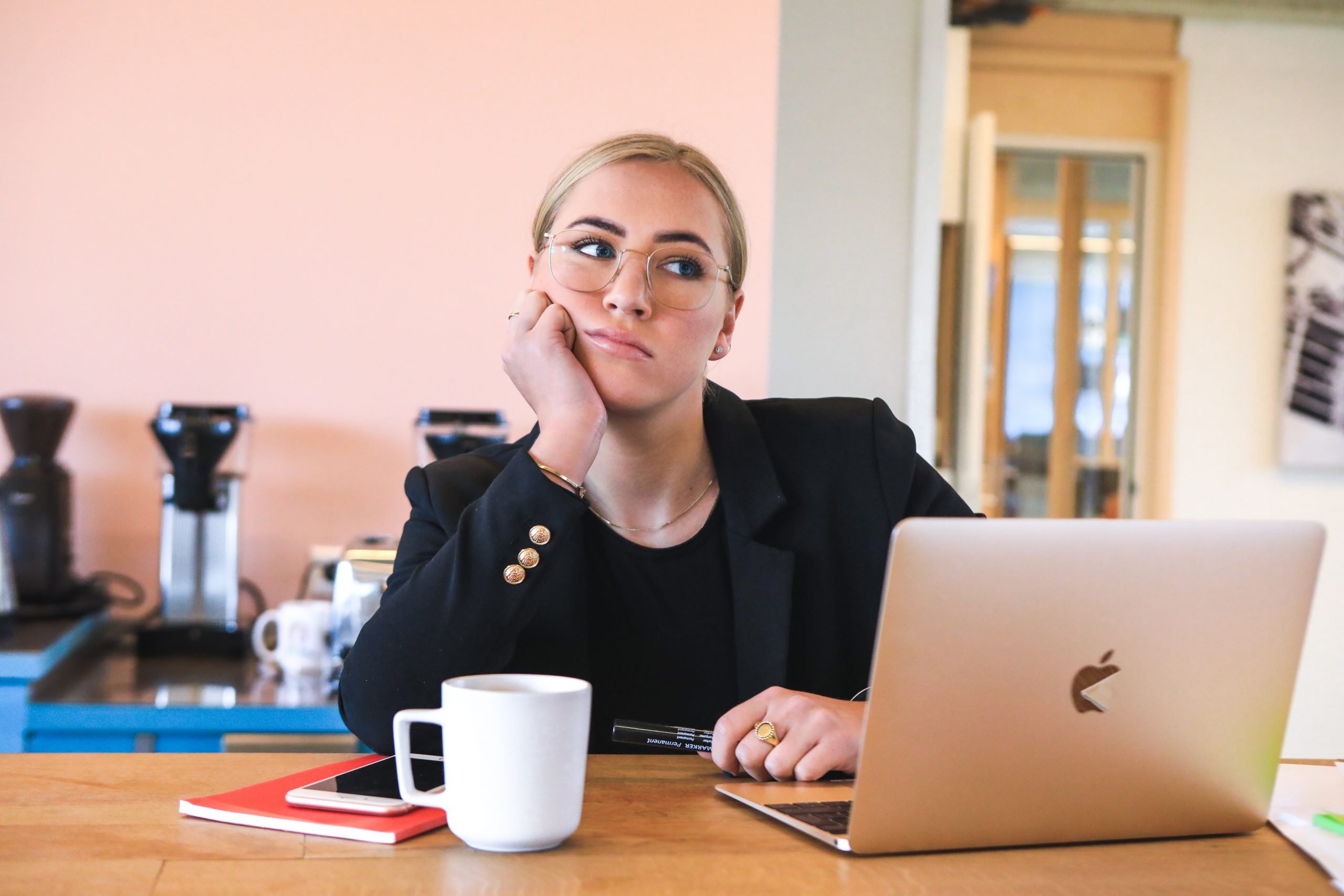 I know we all have this vision of sitting down at our desk first thing in the morning and then shifting right into getting things done. And anything we do BEFORE we actually start working is just procrastinating or killing time. But here’s the thing. That productive zone isn’t an on/off switch—one second you’re standing up and the next you’re sitting down and totally killing it. A computer needs to boot up (do we even say that anymore?) and so do you.

It’s also kind of like it takes you a while to be ready to go to sleep. You may not think about turning off the lights and brushing your teeth and changing in to your jammies as part of going to sleep but they all cue your mind and body to get ready to conk out. By the same token, the things you do before you sit start working on something help your mind and body get the picture that pretty soon it’s going to be time to work—procrastination can be productive

So stop thinking of those things as procrastination

Which is typically something that makes us feel bad about ourselves—and view it instead of productive procrastination.

There are alllll kinds of things you can do to procrastinate. Some of them are helpful, some less so.

Things that help you procrastinate productively are things that give your brain a chance to get into a good groove. Ironically, they get you into a state where it’s easier to focus Typically, these are things that require some synchrony between your mind and body, which is a lot of things, because you ARE a mind AND a body.

Procrastination can be productive when you do things like this:

Exercising or Stretching or Walking

These are all also things that you can do just a little bit of; not typically things that require you to do a bunch of prep and clean-up, because that can just take up too much time and energy to get back to whatever it is you’re procrastinating on.

Why are these things helpful?

Stepping away from your work can give your brain a chance to shift into a different gear, and then that’s when you’ll figure out something you were struggling with when you were sitting down and trying to tackle it head on. I have had some amazing ideas while grating cheese for taco night, for example, or walking the dog. These are both great examples of how procrastination can be productive.

For example, I let myself piddle around and tidy up the kitchen while the water is boiling and my tea is steeping. I tend to do some pretty good thinking during that time, because it’s something physical that’s not terribly taxing. I’ll get an idea, or remember something I forgot to do, or decide what I’m going to do first when I sit down at my desk. Once the tea is ready to go and perfect drinking temperature, it’s time to get out of the kitchen.

And then there are some forms of procrastinating that are not helpful.

Doomscrolling, for example, is really not a productive use of your time. UNLESS, and this is the one exception, like me, you get motivated to finally get yourself into gear because you thrive on that sense of time ticking away. I don’t love this about myself, but I accept it… sometimes, I just have to get really freaked out that I’ve wasted a bunch of time before I will sit down and actually do the thing. I think of it as kind of a nuclear option, ha, because it takes a toll on my stress levels.

My one caveat is that you could get stuck in a cycle of pretty much always productively procrastinating, or what I’ve heard described as getting ready to get ready. If you were starting a business you might get trapped in the loop of ordering business cards, building your website, etc. and never actually do anything that actively could get you work, like reaching out to potential clients. Procrastination is only productive if it actually helps you DO the thing you’re putting off. At some point, you’ve just go to do the thing.

In other words, productive procrastination has its place, and that place is finite. So use it, don’t let it use you.

If you are enjoying this podcast, would you be willing to rate it? I’m trying to get my ratings in to the three figures ratings and I’m so close. Your pressing five stars with your thumb to give this podcast a rating once this episode is over would mean a lot to me AND help others discover it. Thank you in advance!

Come back tomorrow when I’m sharing a powerful way to propel yourself over any doubts that what you’re working on doesn’t really matter.