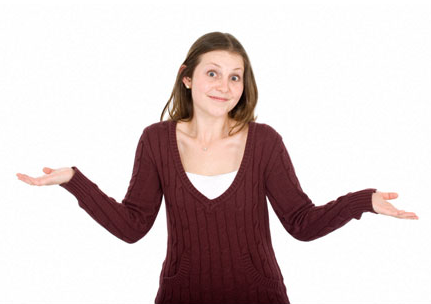 As a naturally non-decisive person, I can say this with confidence:

Indecision is a subtle form of self-torture. You think about that choice even when you’re not thinking about it. It’s there, waiting for you, when you wake up in the middle of the night to pee, and won’t let you go back to sleep.

It keeps you in a not-quite-here-and-not-quite-there space (that I learned in my symbolic anthropology class in college is called liminal), and prevents you from committing to other opportunities.

But sometimes, you’re just not ready to decide. At least I’m not. I’m the sort who has to wait until I feel a definite yes. Sometimes that’s instantaneous, and sometimes it takes some marinating.

And every once in a while, I can downright drive myself crazy.

I’ve been doing this with the kids’ after-school schedule. I’m trying to balance the grown-ups’ work schedule with the kids’ needs for downtime and interests in various activities. Cost and guilt come in to play too. The result is that I have spent the last four weeks carrying around our schedule and all its possible variations in my head.

What if we don’t really need a sitter on Thursday? What if Teddy doesn’t like music class? The Urban Wildlife afterschool club for Lil sounds so cool—but isn’t three days in a row of activities overkill? Are we leaving enough time for homework (don’t even get me started on the subject of homework!)?

Which leads me to the question that I rely on to get me out of both the dog-chasing-its-tail obsessive thinking and the avoid-sitting-still-long-enough-to-properly-think-things-through modes:

“What is a reasonable amount of time to think about this?”

Using my after-school schedule example, because of the way the calendar fell, we only had our first full five-day week this week (nearly one month after school started). And so, it was reasonable to need at least a month to really see how things would shake out.

That’s why, tomorrow, I’m shutting down the questioning process and committing to keeping our schedule status quo until winter break.

If you’re making a decision about something big—like divorce, having a baby, relocating or going back to school—it’s reasonable to take your time. If your situation allows it, we’re talking at least 6 months, a year, even longer. I can’t tell you the precise amount of time, but the weight of the decision demands thoughtfulness and marinating time. We talked about leaving New York City for three years before we actually relocated to Providence. That’s not unreasonable for a decision that we wanted to stick for at least a decade, and hopefully multiple decades.

If it’s something small—what to have for dinner, whether to go out that night, what to wear—don’t torture yourself. Experiment with giving yourself 24 hours, or 1 hour, or even deciding on the spot.

Asking this question won’t necessarily help you choose more quickly, but it can certainly alleviate any mental thrashings you may be giving yourself for not having decided already. Because one thing that absolutely prevents you from making wise choices is beating yourself up.

Create the conditions you need to make a decision with love, and the results of your choice will delight you.