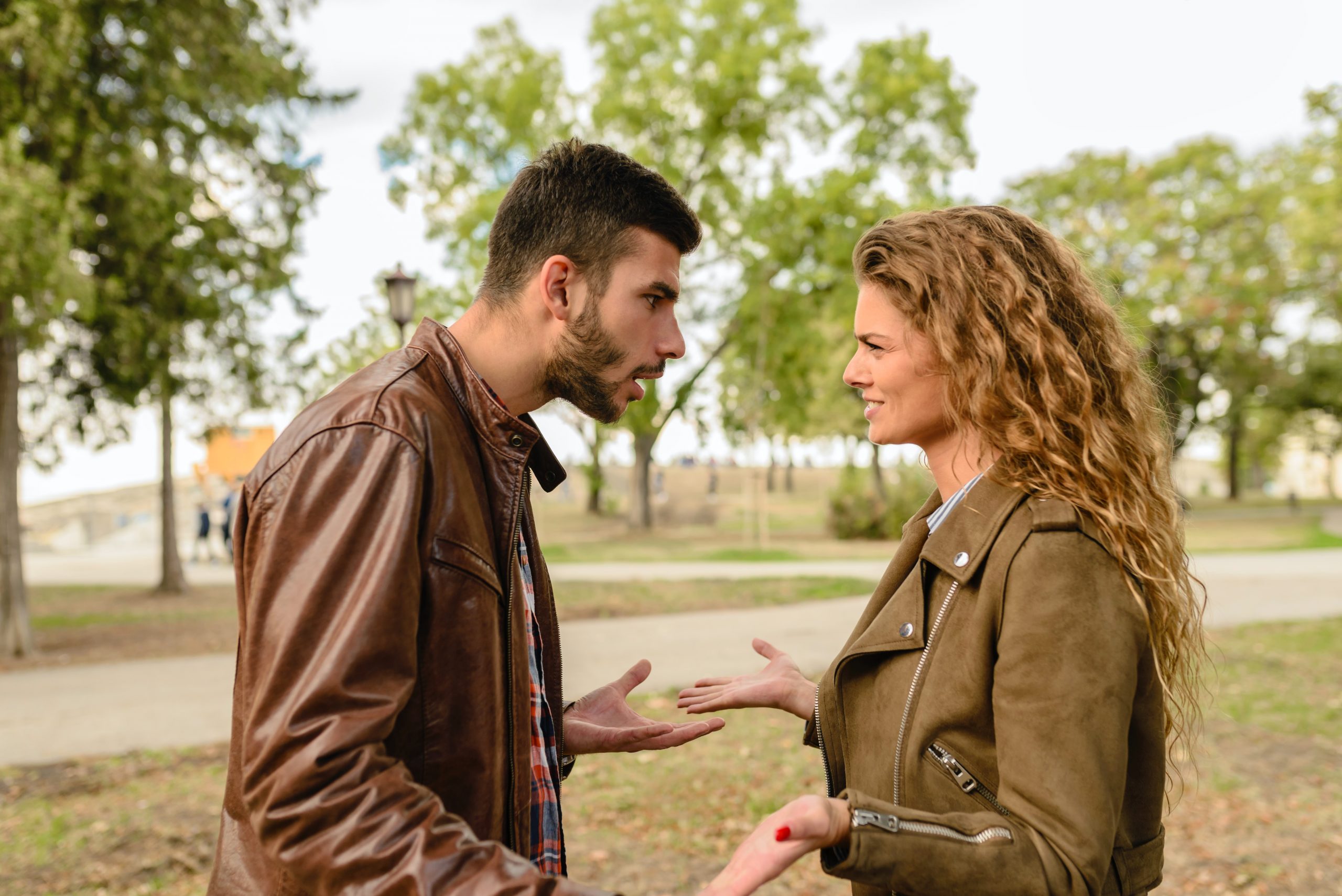 Our minds LOVE to take things personally. And whenever we do it, we make it a lot harder to see things clearly. And it’s something we all do at least some of the time. It’s like a reflex. You don’t even think about doing it, and boom, it happens. And once it happens, you’re on high alert. And you’re either looking for a fight or feeling really bad about yourself.

And that question is: What if this has nothing to do with me?

Trust me this question can stop you in your tracks. Because typically what we’re doing is thinking of all the many ways this situation is ultimately about US. So even just contemplating the possibility that we are not really a factor here at all can blow your mind enough that you open it a little bit. And in that openness, you can think about all the ways the other person or this situation really might not be about you at all.

I shared this tip in my book Stress Less, and someone who read the book posted an amazing story about it on her blog called Girl In a Boy House. Which you can find at girlinaboyhouse.com. The woman’s name is Nicole. And she had ordered something oversized online and had gotten a call from the delivery company to say that her packages would be delivered the next day between 1 and 5pm.

The only hitch is that Nicole teaches yoga and she had a class until 1:15, and wouldn’t be home until 1:30. The dispatcher said, no problem, I’ll make a note. So the next day, who showed up to her house at 1:18 but the delivery truck. The driver, whose name is Steve, texted her as soon as he got there, and then made an angry phone call to her at 1:25 asking her where she was. When she said she was five minutes away, he said, and I’m quoting her blog post about it “that he had already been waiting for twenty minutes and he couldn’t wait all goddamn day.” When she pulled into her driveway five minutes later, he was gruff with her.

And then, and I’m quoting her blog post about it again:

“My first instinct was to snap at him. But I took a deep breath and remembered the question, What if this has nothing to do with me?

In the few, probably very uncomfortable seconds in which I contemplated my reaction options, I tried to step into Steve’s place. Here was a guy, driving a truck and delivering things to someone who appeared to be unconcerned with this schedule. Maybe the job really sucked, maybe he’d been doing this his whole life and was close to retirement, maybe he couldn’t retire.

Maybe he was getting a divorce or his wife was sick or his kid was a junkie, I don’t know. I didn’t know one thing about him except that my not being home at 1:18 pushed him over the edge. If I made a big deal about it, it would benefit me not at all but it would probably ruin his entire day. So I looked him right in the eyes and said I am so sorry to have inconvenienced you. I hope you have a good weekend, now. And he got into his truck and drove away.

Staying curious de-escalated the situation, it allowed me to feel like I took the high road, and hopefully it made things easier for Steve.”

So that’s the kind of interesting–and less distressing–kind of journey you can go on when you remember to ask, what if this has nothing to do with me. When you take fewer things personally, you just have a lot less emotional garbage to carry around in your metaphorical backpack. You get to be more of a witness or an observer to upset instead of swung around by the hair by it. And that’s a beautiful thing.