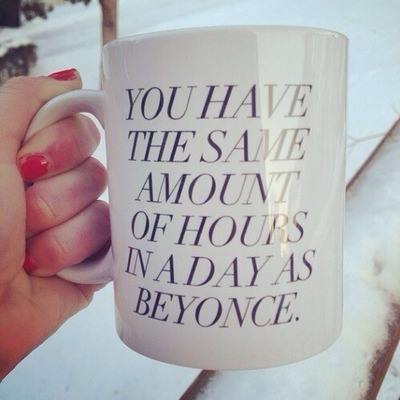 My daughter Lillian, a kindergartner, is learning about time in school. So there have been lots of questions about it – Are we late? What does the 45 in 11:45 mean? What’s a.m.? What does the big hand point to?

I thought I had a grasp on my personal relationship to time. If you asked me, I’d say I was a late person. Meaning, I’m typically 5-10 minutes late. Naturally, I married an on-time person, and my lackadaisical approach to getting places at the exact time I say I’m going to bugs him no end. He says it’s rude. I say we’re all doing the best we can and deserve a finite grace period. We both have our points.

I didn’t pay much attention to my approach to time, really, except to have some lively (and sometimes heated) discussions about it with my hubs.

Then we had kids. And I got a lot more time-oriented. As in, how many hours did they sleep last night? How long do we have until they’ll be hungry again? When would be the ideal time to put them down for a nap? How can we arrange our day to do something fun and still be home in time for a good night-night? Loosey-goosey was nowhere in sight in the early years of parenting.

Even now that the kids are in school, I’m uber-conscious of how many hours I have to work until it’s time for pick-up.

Honestly, time had been feeling like a noose around my neck, one that had tightened so slowly I hadn’t realized it was starting to cut off my air supply.

Then a couple of things happened. We started talking a lot more about time in our household, thanks to Lil’s questions. And I also read a phenomenal book – The Big Leap, by Gay Hendricks. The Big Leap is mostly about how we all have a set-point of happiness, and that when we start to make changes that could move us past that set-point, we subconsciously create all kinds of crazy crap that stresses us out and makes us feel doomed and effectively keeps us at our initial set-point. Five-sixths of the book is all about why it happens and how to finally recalibrate your thermostat for satisfaction, and those five-sixths are truly, stupendously helpful and clear. But then, way at the end of the book, is a chapter called “Living in Einstein Time.”

In it, Hendricks explains that time is not some reality that’s created and managed      by the universe. It’s fake. Man made. Even Einstein said, “The only reason for time is so that everything doesn’t happen at once.” And that man had done A LOT of deep thinking about time.

Instead, we are each the source of time. We choose how much of it we do or don’t have. I read it and thought, Hmmm, this is pretty cool, but how in the heck does it relate to my daily schedule? I let it in and then consciously decided not to think about it too much, just to percolate on the idea that I am in control of my time.

So what I noticed after that was how many times I say “I don’t have time for ________.” Calling someone back. Watching tennis (which I used to love, pre-kids). Yoga class. Sass from one of my kids.

I said it multiple times a day. I already knew I said it a lot. But what I saw this time around was that, by saying it, I was essentially saying, “There’s not enough time for me to do this thing.” But of course, there is. There is time for anything you choose to do. And that’s the key.

You are always choosing how you spend your time. If, like me, you’re always saying you don’t have enough time, you’re choosing to blame someone else – the clock, the universe, Father time, circumstances, your boss – for the lack of time you’re experiencing. You are saying someone else is in control of your life.

And you know that’s just not true. After all, you have as many hours in the day as Beyonce does. (That photo cracked me up when I saw it on Facebook.) If your kid came in the room right this second with a gushing wound, you would have however much time you need to bandage her up and even take her to the ER if need be. No force, physical, mystical, or otherwise would say to you, “No, you may not have the time to do this.”

Now in the mornings I ask myself, “What do I choose to spend my time on today?” I may not be able to create enough time to cook breakfast, take a shower, do yoga, get the kids dressed and fed and get them to school before the bell rings. But I can danged sure decide which of those things are most important today, and ask someone else to help with pieces of it when they’re all important.

How do you talk to yourself about time? At this point, that’s all you have to ask yourself.

The first step in any change is awareness. You don’t have to fix. You just have to see. The next step magically arises from there. (Click to Tweet!)

For the things you say you don’t have time for, how does it sit when you re-phrase that to say, “I choose not to spend any time on that”?

I had done a lot of thinking about how I think about money, how much of it was available to me, how much of it I was OK with having, how much of it I felt right about charging others. And I can tell you, my bank account has benefitted in big ways from simple awareness and a little re-framing. Now it’s your turn, time. I choose to create more of you too. =)