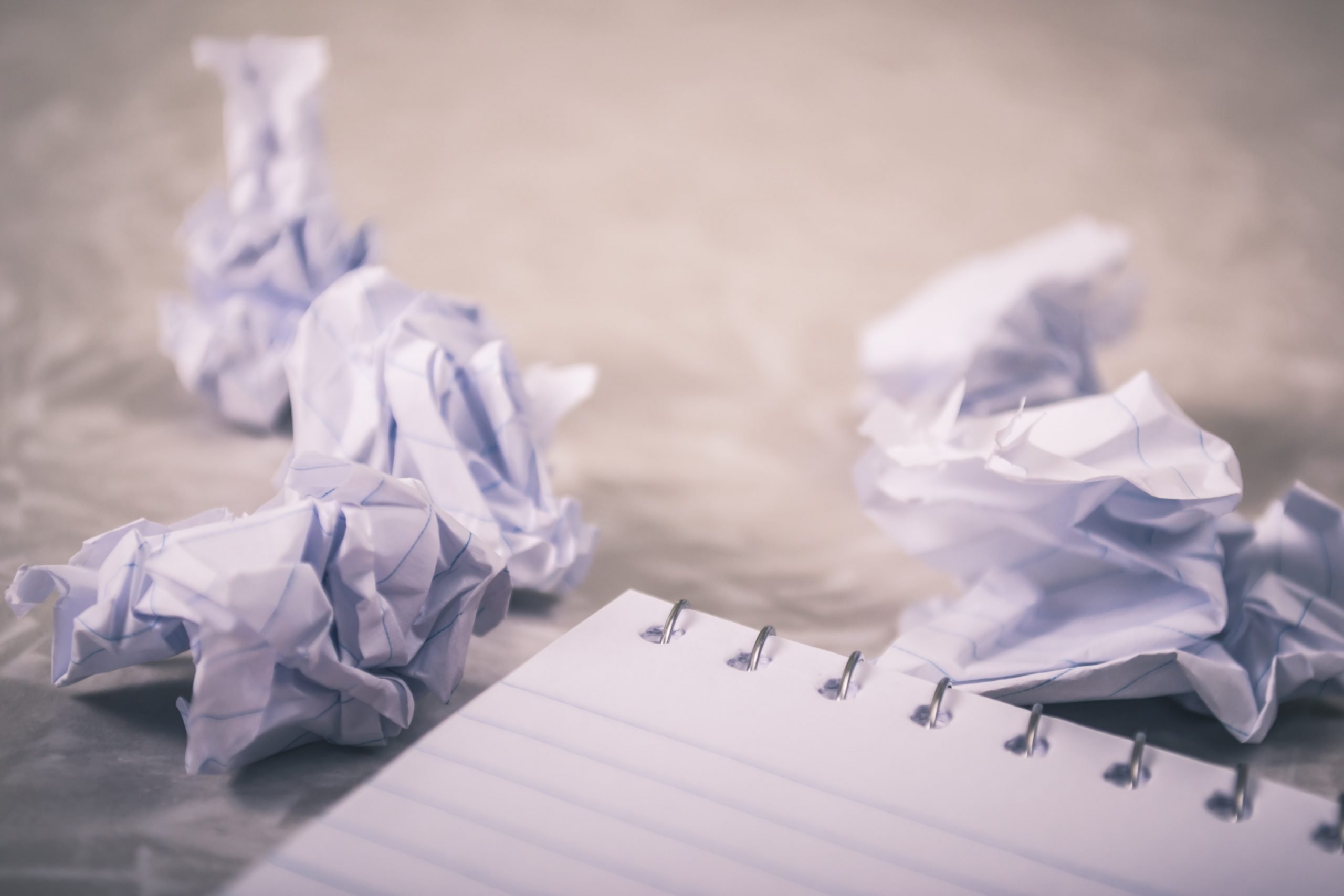 Even though you may get more comfortable with thinking of yourself as a writer (and I hope Monday’s episode, number 592 called How You–Yes You–Can Use Writing as a Tool for Personal Growth, helped with that; if you missed it, go back and listen!) , there’s nothing that can kick up resistance and self-doubt more quickly for a lot of people than to sit down and pick up a pen or open a blank document.

Well, you and I know how likely THAT is.

So when you sit down to write, you’ve got to scoot past the inner critic faster than it has a chance to really get itself together enough to stop you. You want to start writing like you found a bike leaning up against a building and you hop on and ride off as quickly as possible before anyone realizes you basically stole it.

And the way I do that, and I suggest you do that, is to embrace the shitty first draft.

Alllll the props go to author Anne Lamott for this–she thought it up, it’s her terminology, I just took it and ran with it and have been using it for the last 15 years.

Here’s what Anne Lamott wrote about the shitty first draft in her fabulous book on writing, Bird by Bird.

“I know some very great writers, writers you love who write beautifully and have made a great deal of money, and not one of them sits down routinely feeling wildly enthusiastic and confident. Not one of them writes elegant first drafts. All right, one of them does, but we do not like her very much. We do not think that she has a rich inner life or that God likes her or can even stand her.”

The only way I can ever, ever get something down on paper, no matter whether the intended audience is only me or you or an editor who has paid me to write something worthwhile, is to let what I first put down suck, and suck so hard that it can scour off all the chrome off a trailer hitch.

I mean I just let myself stink up the place. What’s this dumb idea? Put it down! How about this phrase that I think might be witty? Well, we’ll see about that later. Just get it down for the time being.

I also tell myself a lot, ‘don’t think, just write.”

I’m telling you, letting yourself be horrible worksSomething else that works for me is to put myself in a room with other people who are also writing, whether that’s a library, a co-working space, or a class for writing that gives you time to write while you’re in class.

Then set a timer for 3 minutes or 5 minutes or 10 minutes, however long you have, and then get those fingers moving. Sometimes it takes a little urgency to get yourself moving in a shitty direction, and setting a time can be just the ticket to get your fingers flying.

Remember, writing is just thinking in a different form

You think all day, every day. Writing is just getting it out of your head and out through your fingers. No one has to see your first draft but you. You can always go back and fix something up later. Or not. A lot of times, I realize that what felt so shitty when it was coming out is actually fairly decent, and only needs a little futzing with here and there before I’m ready to share it.

What your inner critic may tell you is shitty, is probably totally decent and pretty gosh darn insightful. When you aren’t worried about whether what you’re saying is any good, it’s kinda funny how you can end up capturing something that really captures the essence of something that’s felt fuzzy. Or maybe is even downright profound.

So go try it now. Set your timer and start scribbling! Insight awaits. And come back tomorrow, when I’m talking about how to find the hidden meanings inside the things that you write.