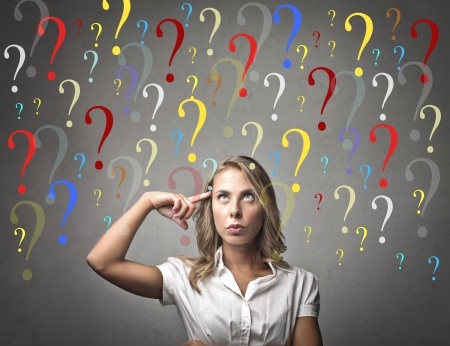 The idea of mindfulness is getting a lot of play these days. Like in this piece, “More Mindfulness, Less Meditation,” by Tony Scott, which appeared on NYTimes.com last week.

I mean, I am a proponent of mindfulness–applying a meditative focus to pretty much anything. Indeed I am! Many of my heroes – Jon Kabat-Zinn, Thich Nhat Hanh, Jack Kornfield — have done a lot of incredible and important work to teach mindfulness, to study it, and to inspire people to practice it.

Mindfulness is definitely off the cushion and out into the world: It is taught as a stress-reduction technique with boatloads of studies to support its benefits. It’s a big piece of treatment for post-traumatic stress disorder, which is such an important thing to have an effective, simple, and accessible treatment for. Clinical psychologists are even using it to help women revive their flagging libidos (here’s a downloadable PDF of an article I wrote for Whole Living magazine about that a few years back). It works.

Before I go too much further, what is mindfulness, exactly? Here’s a standard definition of it, according to Jon Kabat-Zin: “The awareness that arises through paying attention, on purpose, in the present moment, non-judgmentally.”

But here’s the thing. It’s just such a clinical word. All those syllables! And it’s kind of a buzzword. Meaning, it’s becoming one of those things you can get hip to and work in to your conversations and it kinda makes you feel like you’re ‘getting it’ even though it’s not anything you have a personal relationship with.

Also, just the term ‘mindful’ places so much emphasis on the mind. To me, the gateway to the kind of delicious (if fleeting!) stillness that mindfulness intends to produce is the body. For example, in his miraculous book which was a big piece of my personal growth and path, The Miracle of Mindfulness, Vietnamese Buddhist monk Thich Nhat Hanh talks about “washing the dishes to wash the dishes” as a mindfulness practice. Meaning, wash the dishes simply because they’re there and need washing. So you can feel at peace with what is instead of pushing it away.

Not to rush through them so you can go sit on the couch and watch a couple more episodes of The Killing. Not to bang them around or do a half-assed job so you can punish your husband for not doing them. And the way he advises doing that is to really let yourself feel the sensations—the water on your hands, the sound of the dishes clinking in the sink, the feeling of soap suds popping on your skin.

Maybe we should call it body-fulness. =)

The goal of mindfulness is to soften. It’s to stay open—to insight, to grace, to peace. To stop resisting whatever it is you’re doing and just enjoy it, even if it’s something undesirable like a household chore, because what’s the point of hating a portion of your life? A tree may fall on your head five minutes from now. And you’re probably doing better than 95% of the people on the planet. You’ve got water, food, friends, access to money. You can go on the Internet whenever you want and get new information and inspiration whenever you want it. You’ve got options.

Instead of being mindful, I encourage my clients to be curious. What am I doing right now? How does it feel?

When that incredibly annoying circle of thoughts gets short-circuited, you create some space. And in that space is the opportunity for something new to bubble up. A tactic you hadn’t considered before. A person you get the feeling could help you. A quiet feeling of satisfaction that you otherwise wouldn’t have noticed.

A client of mine recently shared a story that sums up what I’m talking about so nicely. She has a young son and a cat. The cat loves to meow loudly outside the son’s bedroom door, particularly when he’s sleeping. She was getting more and more irritated by the cat when she took just a moment – mere seconds! – to ask herself how that irritation felt in her body. She noted her neck and shoulder tension. Took a breath. And then, boom, she thought to put the cat in the laundry room until the boy woke up. Nothing earth shattering, and yet…it meant she didn’t have to get full-on angry at the cat. The baby got to finish his nap. She got some time to herself. The cat got the message that it wasn’t cool to mewl in that particular spot.

Not bad for a couple seconds, right?

I’d suggest replacing the term “mindfulness” with “curiosity” – but that’s even more syllables! And still kind of formal.

How about, “Checking in?”

Would love to hear your thoughts, and any stories you have of how getting curious has changed your experience of an otherwise unpleasant situation, in the comments below.