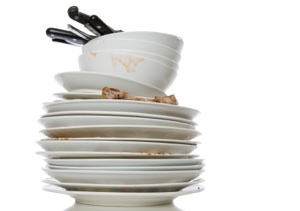 This week, my former bestie*, hard-drivin’ fitness guru, Jillian Michaels, admitted in a People magazine article that she’d been too hard on Moms when she used to tell them that getting back in shape was as easy as putting themselves first.

Jillian’s a-ha moment came because she recently adopted a baby and her partner gave birth to a child 6 weeks later. Since the kids’ arrival, she said she hadn’t been to the gym in 2 weeks and had started drinking coffee again because she needed the caffeine. Basically, she started doing some of the things she used to yell — and I do mean yell — at people for doing.

I found it gratifying to hear a paragon of productivity admit that motherhood can throw all your best intentions right off the rails. Not because I enjoy seeing others struggle. But because it’s damn hard to take care of yourself when you’re also taking care of tiny humans and I want the world to know it, understand it, and accept it.

It pleases me that Jillian gets it now, because I think a lot of women watched her on The Biggest Loser and felt like if they could just push themselves harder, everything would be OK. If they could just work out like a crazy person and work and take care of the kids and keep the house clean, life would be livable. Except, of course, it wouldn’t be livable. Because no one can do it all. Not even Jillian Michaels.

While yes, you do have to have dedication and exert effort to make positive changes in your life, you also have to have equal qualities of gentleness, faith, and a willingness to let somethings be messy. And I mean that last part quite literally.

Since I’ve had kids, in order to make time for a mind-body practice and for exercise — which can be one and the same, but not always — I’ve had to learn to let things slide. Things like showering, for example. To me, I’d rather put my hair in a pony and get 20 minutes on the mat in than be a perfectly coiffed stressball. Some other things I’ve learned to get a lot more lax about:

What about you? What do you slack off on so you have a little more time to do something good/nice/grounding for yourself? I’d love to hear.

* I loved Jillian on The Biggest Loser because she was never afraid to dive in to deep emotional waters with her coachees, and I respected that she came from a martial arts background, which is all about getting the mind and the body working as a team. I even got to interview her for a magazine article I wrote, and she called me “buddy,” which sent me on a BFF high. I also interviewed her for MsMindbody about how she takes care of herself. We were practically engaged.

Then, the next time I interviewed her, there was no “buddy.” Instead, she wanted me to talk about her new supplement line and her PR rep whom I suddenly had to go through for everything kept asking for Jillian to be on the cover of the magazine. From a business/branding perspective, I get it. She had her eyes on the big time and she was going for it. But we had been buddies! And now I was just a conduit for exposure.  I even stopped watching TBL. The sacrifices I make for my ideals, I tell you! They are huge.

2 thoughts on “Letting it slide”