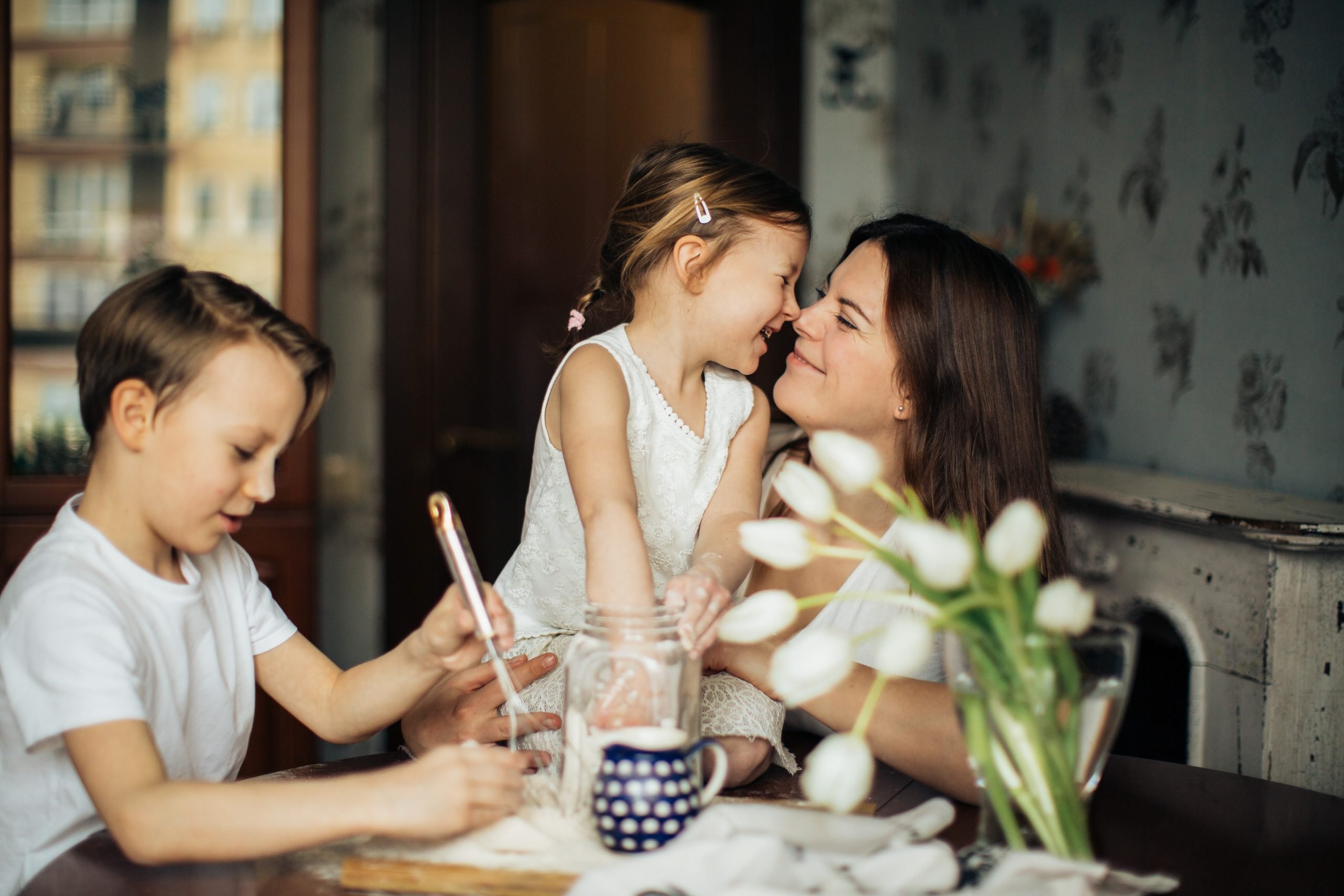 Today, we’re looking at letting go of control, specifically if you’re a mother. Because there is a unique kind of control that a lot of mothers–myself included–display. And while it’s understandable why we seek this level of control, it’s also not helping anyone. So let’s see what we can do to loosen our grip.

And if you’re a father, or of any gender and not yet a parent but thinking about it, or you’re definitely not interested in becoming a parent but wanting to get more insight in to your own mom or the friends and loved ones in your life who are mothers, you’ll get something out of this too…so don’t automatically skip to the next episode!

Maybe it’s your baby’s daddy, or a babysitter, or family member. I mean, it’s pretty common. They didn’t wash the baby’s ears right, or they messed up the bedtime routine, or they fed your kids some very suspect foods.

And now raise your hand if you identify as a mother and have felt like you do way more of the caregiving and family admin work than your partner. Also, pretty common.

Could there be a link between these two things? Why yes, yes there is. It’s called maternal gatekeeping. And it is something that I can look back and see that I adopted with gusto when my kids were babies. And, now that they’re 12 and 14, I’m really only beginning to see clearly and undo.

First, there’s the belief that women are biologically more nurturing than men. Which, I mean, there’s breastfeeding, which is absolutely nurturing and something that only humans with breasts can do. And moms do seem to have a radar that makes them highly attuned to their babies cries, to the point that they’ll wake up at the slightest little coo while it seems like the dad will stay sleeping through even a major bout of fussiness.

But really, science has shown that men’s hormones change dramatically when an infant comes into their lives. They are perfectly biologically capable of becoming attuned to a baby and to parenting. It is true that fathers’ style of nurturing might be different than mothers’. But if you’re judging your male partner’s parenting as inferior to yourself, well, science suggests that that can become a self-fulfilling prophecy.

Researchers at Ohio State University found fathers did not perform as well as a parent to their 9-month-old child if they felt their partner was critical of their parenting skills six months earlier.

So, my fellow mothers, let’s just own the fact that our judgment of our partners’ parenting styles can be contributing to our feeling like the majority of caregiving falls to us.

I get that this is a controversial stance to take. There have been thousands of articles talking about how women do more of the caregiving in families, and they also do more of the emotional labor and life admin than men, and while the imbalance can be absolutely real, it’s not as simple as saying, oh, it’s because men are checked out, or don’t care, or aren’t biologically nurturing.

Mothers are playing a role.

Or the practice of awarding evenly split custody in court in the event of divorce or for parents who were never married. As part of my work on this book I’ve been researching maternal gatekeeping and it has opened my eyes to how I’ve contributed to feeling like more of the work of raising kids has fallen to me. I always insisted on being the one to put our first baby to sleep–both because I was breastfeeding and it was a great way to lull her to sleep, but also because I thought my husband didn’t do it right.

And Lord I knocked myself out! I still can’t look at an exercise ball, because I would sit on that and bounce her to sleep for what felt like hours. And then I would try to sneak out of the room after I finally put her down and she would wake up and I would start all over again!

I did change my tune once we had our second child–my husband always put him to bed, and he went down like a sack of potatoes. But even then,  I was still very embroiled in bedtime with our first child.

Fast forward to the pandemic,

When having the kids at home all day every day made it very clear that my putting myself at the front of the line for everything the kids needed was unsustainable.

To be clear, this is not about me blaming myself. It’s about me owning my piece of things; there are many other pieces. For me, having a classic latch key childhood with Boomer parents who were off discovering themselves, and then me having my kids when I was almost 40, I think made me want to lavish my kids with attention.

Maternal gatekeeping goes hand in hand with what’s known as intensive parenting, or helicopter parenting, or snowplow parenting, all different names for a phenomenon that’s been with us since the early 90s where we are spending so much more time with kids and micromanaging so much of their experience than at any other time in history.

There are all kinds of reasons for the popularity of intensive mothering. I’ve been fascinated to learn that the late 80s, when the number of women and mothers in the workforce reached a peak, also just happened to coincide with the idea that parents, especially mothers, needed to devote themselves entirely to their kids. This was also the beginning of the rise of the family values of the Reagan era, when things like public schools and day care had their funding slashed, and individual families were left to figure out how to provide all the care their kids needed and still be able to work.

Also, as working mothers were enjoying a rise in earning power, they also had to pay a price for trying to have it all–and that was to be a super mom who was all up in her kids’ lives.

So while  maternal gatekeeping is understandable, it is also changeable.

On an individual level maternal gatekeeping is about control

And it makes sense–if you’re being judged for how well you’re doing something, then you’re not going to want to let someone else–even the child’s father–muck it up for you!

How can you nudge yourself to let go of some control on the mothering front?

Letting go of control, as a mother, means also letting go of caring about what anyone else thinks about how you’re doing as a parent, and remembering your inherent worth as a human being, and embracing being a good enough mother instead of an impeccable mother.

Force yourself to learn how to tolerate not having a pristinely tidy home. I know this is hard because it’s easy to feel embarrassed about having any level of messy house. But let’s also accept that there are no housekeeping police. Friends who are worth having will see your imperfectly clean home and feel relief. My husband does the dishes every night and he thinks the kitchen looks great when the dishes are in the dishwasher and the leftovers are put away and the pots are soaking in the sink. That means the counters aren’t wiped, and you know what? I learned to be OK with that and it made me a lot happier than being pissed at him or nagging him or squabbling with him about it. It’s good enough.

Delegate and let the chips fall where they may. Things not working out are a great way to learn. Just because you can, doesn’t mean you should.

Don’t gate-keep your kids, either. Maternal gatekeeping doesn’t apply just to partners, but also to kids themselves. We can gate-keep our kids right out of developing autonomy. Can you let them dress themselves? Make their own lunches? Do their own laundry? Bathe themselves? As developmentally appropriate, of course, I’m saying to neglect them. But have you seen the show Old Enough on Netflix? It’s a Japanese reality show that follows what feels like impossibly young children running all kinds of errands–the first episodes shows a 2 year old going to the grocery store almost a mile away! I’m sure there are more things the kids could be doing for themselves, if only you can let go of the idea that you have to do it for them.

Your tiny assignment is just to be honest with yourself–are you holding fast to control inside your nuclear family? Are you one of the millions of mothers who are exhibiting some level of maternal gatekeeping? Can you look for ways that you can take a backseat, and be OK not just with other people doing some of the work to raise your kids, but also be OK with how they do that work?

Just keep your eyes, ears, and heart open to ways that you may have been blocking the gate to your partner or your kids, and see what you can do to step aside. Maybe even open the gate. I trust your maternal instincts to know when it’s something you0000 really need to be involved with, versus when it’s just really not.

Let’s not make it so that you have to get divorced in order to experience a more equitable shared parenting relationship.

I’ve got a lot of fun topics planned, including body acceptance, spending, vacation, 5 powerhouse foods you probably need to eat more of, planet-friendly shopping, and finding a therapist. I’m not exactly sure which one of those will be running next week, so you’ll just have to come back to find out! And if you have an idea for something you’d like to hear more about, or really any kind of question, I always love to hear from you. Shoot me an email at kate@katehanley.com.

Take care and have a great weekend!