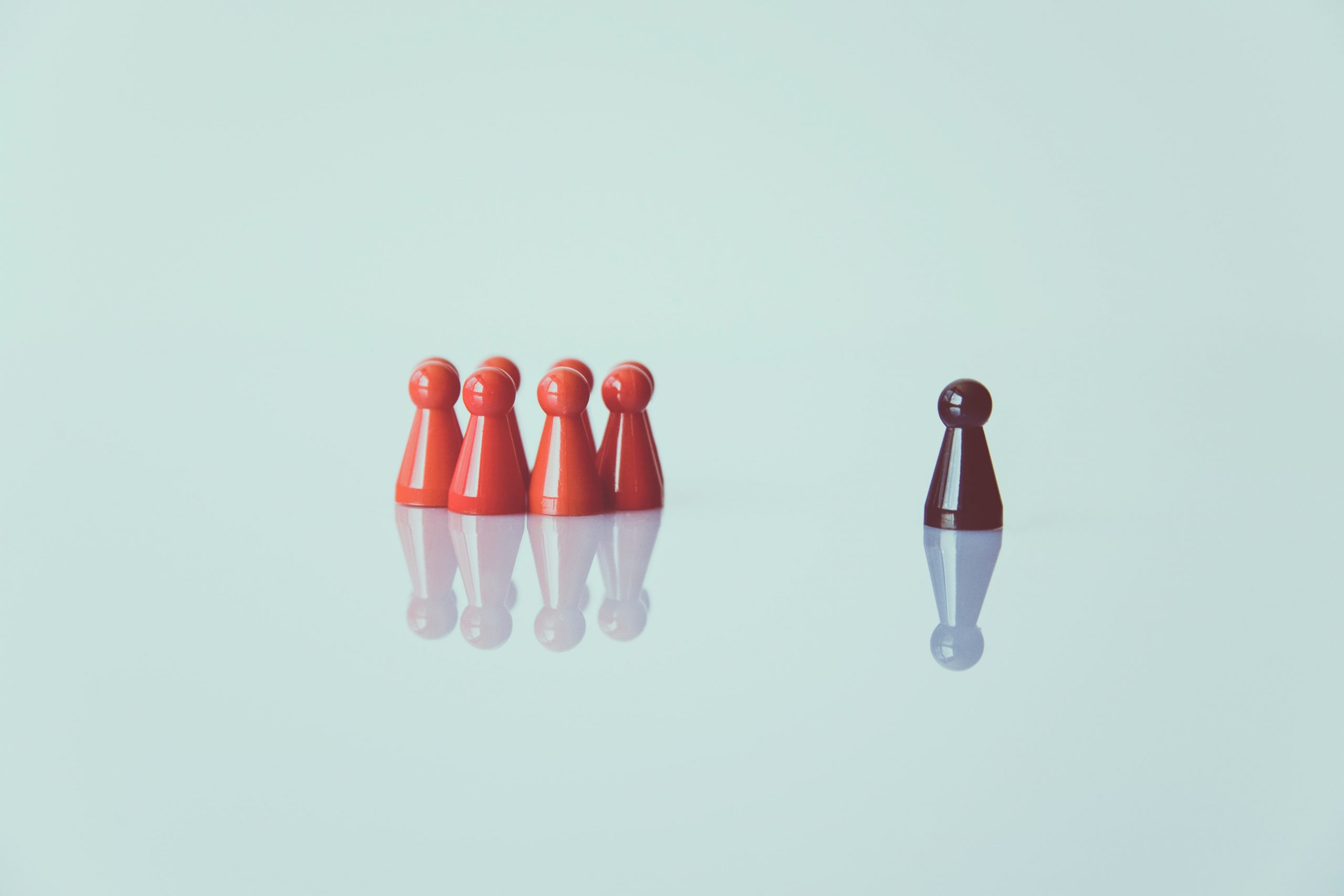 I say all the time: you can’t change a habit you don’t know you have. Which means that raising your awareness so that you can acknowledge that something isn’t working out so well is the first step in change, whether the thing you’re trying to change is racism, addiction, judgement, or staying up too late. So let’s just dive right in and wrestle with with a basic, fundamental question that is on more people’s minds than ever at this particular point in history: are you racist or not?

But First, A Tiny Aside:

When I first sat down to write up this idea, I kept thinking of the phrase “look a fact straight in the face”. I knew I’d heard it before, but I couldn’t remember who had said it so I did a little Googling. And turns out it was Richard Wright, author of The Invisible Man, a fictionalized account of what it was like to be a black man in American in the first half of the 20th century. Well how bout that… an idea that had been circulating in my head had been put forward by a black person and I had given them no credit for it—how’s that for proving the point I’m trying to make?!

Richard Wright published The Invisible Man in 1952, and it launched Wright into being a major voice on race in America. It inspired him to tackle the subject straight on, by writing a non-fiction book called White Man, Listen! Well, guess what, it didn’t sell well. Frustrated, and running out of money, in 1957, Wright wrote in a letter to his translator:

“Why should I go on writing books that folks will not read? I’m sorry to sound so depressing but one must look facts straight in the face.”

I wish Richard Wright could see the New York Times bestseller list right now, because it is chock a block with non-fiction books on racism and anti-racism! But let’s keep going with looking facts straight in the face.

I know that a very common response from white folks who are in a discussion about race are quick to say, But I’m not racist. I have heard it myself from friends and coaching clients.

So, let’s take a deep breath and look at the facts:

You and I, no matter where you live, or were born, or if you’re white black brown or otherwise, have grown up in a racist society. I really only know about America because this is where I was born, grew up, and live, so I’m going to stick to America, but I know that racism exists outside our borders.

ANd the fact is, in America, we breathe racist air, drink racist water. This is true no matter your race or ethnicity. Just as women internalize sexism thanks to the patriarchy (why do you think we spend so much time worrying if our butts looks big or if that selfie is flattering? Because we’re attuned to pleasing the male gaze), black people can internalize racism. Dr. Ibram X. Kendi writes about this very powerfully in his book, How to Be an Anti-Racist. So let’s not spend any time wondering if we are overtly or secretly or implicitly racist. The answer is: We are. I am. You are.

Say it with me, I am racist. I know it my churn your guts a little to admit it out loud, but stay with me here.

I am racist. I’m racist.

Now that you’re said it, isn’t there some relief embedded in that gut churning? There’s no more wondering. No more posturing. No more energy to spend on trying to convince yourself otherwise. Or on trying to hide.

Look a fact plain in the face may hurt, but it’s the only way to move past what’s causing the pain.

And Here’s The Other Part

Your being racist is not necessarily your fault, any more than it’s a fish’s fault for having gills. A fish doesn’t know it’s swimming in water, and you may not have known you’ve been weaned on racism. But now you do. It may not be your fault, but it IS your responsibility to do something about it.

It’s not easy to confront your biases, or challenge your own thinking, or the thinking you grew up with, or talk about racism, or own up to racism. It may feel like one of the scariest things you’ve done. It may bring up a lot of strong emotions. But it’s what these times are calling us to do, both individually and collectively. Looking at ourselves straight in the face is how we become better. Because you’re listening to this, I know you care about being better and doing better, too.

Your tiny assignment for today, perhaps you just did. And that’s to say outloud, I am racist. You can do this. Even if it’s something you consider to be offensive, and all your defenses are going up. Nearly every does consider it to be offensive. Nearly everyone does get defensive.

If You Need Extra Oomph to Take This on

Consider this passage from the book How to Be an Anti-Racist by Ibram X. Kendi, which is one of those titles now on the NY Times bestseller list and extremely lucid, thought-provoking and helpful and I 100% suggest you buy and keep on your shelf because dismantling racism isn’t a one and done type of thing–you’ll need to dip back into it on the regular:

“How often do we become reflexively defensive when someone calls something we’ve done or said racist?

But “Racist” is not a pejorative. It is not the worst word in the English language, it is not the equivalent of a slur. It is descriptive, and the only way to undo racism is to consistently identify and describe it–and then dismantle it. The attempt to to turn this usefully descriptive term into an almost unusable slur is, of course, designed to do the opposite: to freeze us into inaction.”

Denial is the heartbeat of racism, beating across ideologies, races, and nations.

So let’s deprive racism of its heartbeat, look it straight in the face, and call it what it is.

This is an intense time on multiple levels. If you’d like a little handholding and direction on doing the things that help you stay grounded (and not freaking out), I’ve got a gift for you — I compiled all the tips I covered in my 21 Day Calm the Eff Down challenge that I ran here on the podcast starting in late April into a mini ebook that you can download FOR FREE.