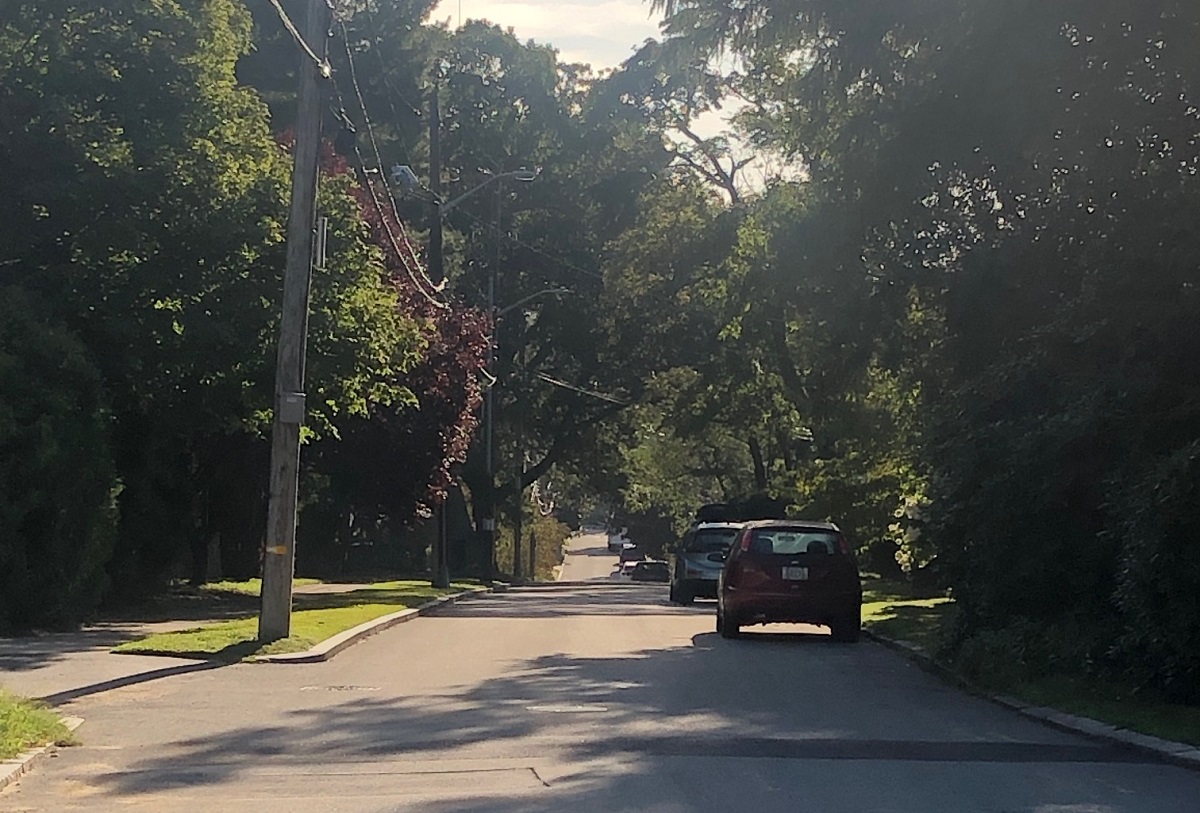 Being a good person and keeping the peace aren’t the same thing. Sometimes you have to say something that might make someone uncomfortable because it’s the right thing to do.

For example, Last week, my household had a fairly typical get-the-kids-off-to-camp morning rodeo. Packing up the lunches, applying the sunscreen, rounding up the towels and the bathing suits. I was giving a neighbor kid a ride to camp, too, so I was trying to orchestrate all this before she showed up so that we could meet her out at the car and I would have one less body to shoo out the door.

The kids and I left the house and walked to the car, which is parked in our driveway, which is on a street that isn’t all that busy but is a cut-through between two bustling streets, just as our neighbor walked up. I had a victorious moment of thinking, “It’s all happening.”

We opened the doors to let the accumulated heat dissipate a bit before getting in. So when a huge semi truck came barreling down our street going at least 45 miles an hour, passing inches from us, it was loud.

Now, I don’t know if it’s just a natural part of the aging process or motherhood or what, but it drives me CRAZY when people drive too fast through our residential, kid- and pet-strewn neighborhood.

What if he had driven by when our neighbor was still walking up the street?

(Mind you, our street is technically two-lane but with on-street parking it quickly turns into one-lane. AND there are many houses that not only don’t have sidewalks, but have bushes planted all the way out to the sidewalk so at some parts you have no choice but to walk in the street.)

Despite the anger I felt, I managed to ‘keep the peace’ and told everyone to get in and buckle up. I double checked that no other bats out of hell were coming, backed out into the street, and headed down the hill in the same direction of the truck.

Turns out, he’s had to slow to a stop to carefully thread one of those sections of the street where it turns into one lane. He squeaked through, then pulled over to the side of the road to make a delivery to the restaurant at the end of our street.

I had no choice but to pull up next to him. Since both our windows were down, because it was hot as Hades, I decided in the moment to talk to him. I told him, “Listen, I saw you barrel down this road going over 40 miles per hour. That is way too fast. Please slow down.” I gestured to all the kids in the car with me.

He said “thank you,” and I kept going.

I thought it was a productive exchange.

The kids were mortified.

“Mommy why do you have to talk to strangers?!”

I told them, look, I didn’t yell at him. But he was being reckless, and what if our neighbor had come two minutes later and was in the street when he drove by so fast?

Then I told them about one time I had driven down this same street, which has a pretty steep downhill portion, and had gotten up too much speed, and a woman who lives at the bottom of the hill was in her front yard and yelled at me, “Slow down!” It had made me realize that I was going way too fast and now I make sure to go slower down that hill.

She helped me see something I was doing wrong, and now I make it a point to do that thing better. I hoped to do the same thing for that truck driver.

Its Not Your Job To Keep The Peace

This is a lesson it took me a long time to get through my skull—that being a good person and keeping the peace aren’t the same thing. Sometimes you have to say something that might make someone uncomfortable because it’s the right thing to do and it needs to be said. Not saying something would be the worse choice.

Granted, I could have lost my mind and yelled at him and reported him and just ruined his day because I was upset. But luckily I had the 60 seconds it took me to drive down the street (and wait while he got through the squeezer) to gather my thoughts and compose myself.

Talking to truck drivers is definitely related to my New Year’s resolution to speak up, but saying the stuff that might be hard to say in the moment for whatever reason, but that needs to be said, is also related to being a better person. If we could all just get more comfortable with saying—and receiving—the difficult thing, the world would be a better place.

I hope reading this far gives you the shot in the arm to not be so concerned with keeping the peace and to say the next thing that needs to be said to the next person who needs to hear it.