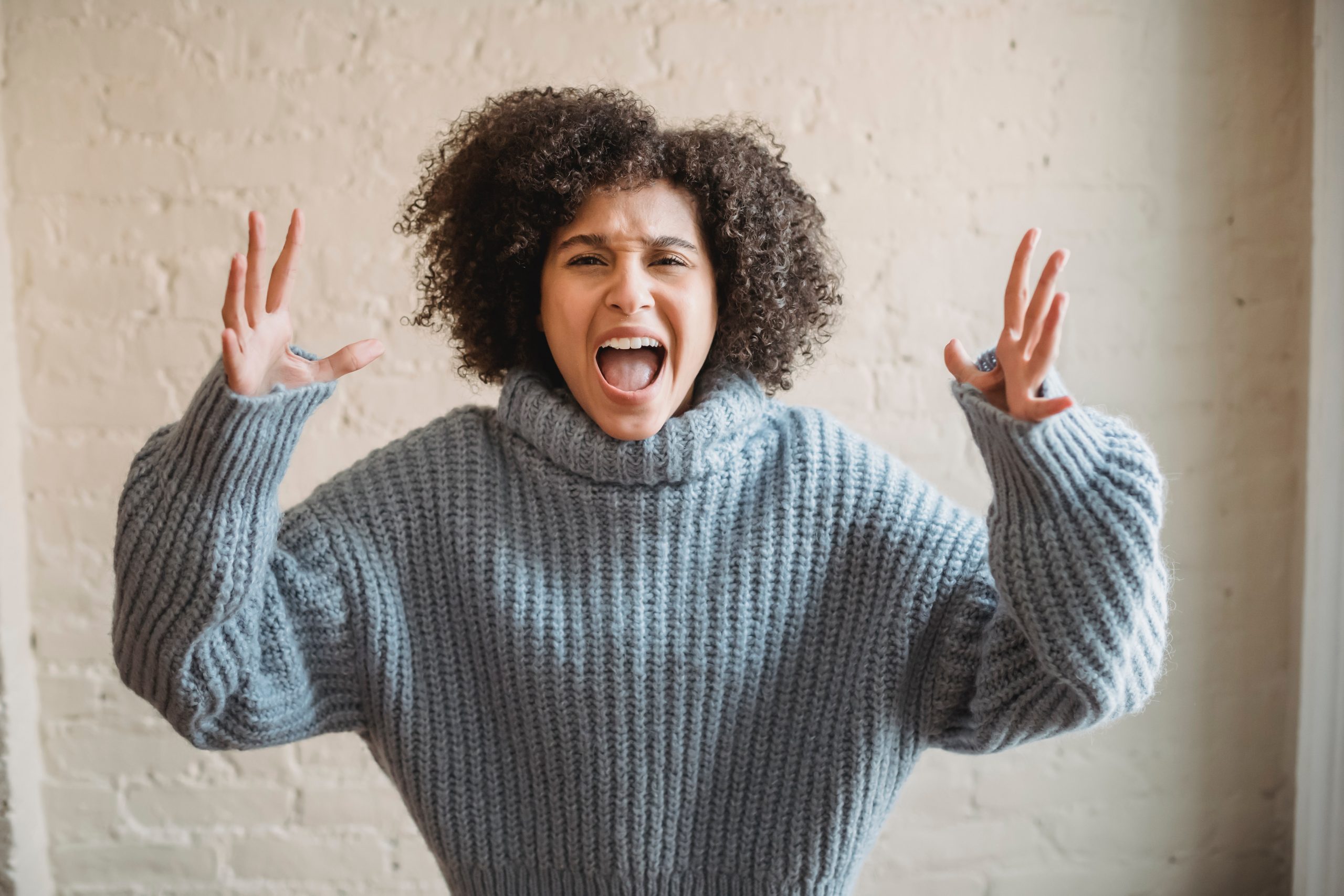 This week on the podcast I’m definitely taking a 180 degree pivot from last week’s theme of fun to talk about…anger. Because, I’m guessing you’ve noticed, anger is having a moment. It just feels that collective anger. Like sea levels, are rising. The pandemic has definitely played a role. It has made us confront our mortality, boosted our stress, and forced us to sit still. All that cooped up angst needs an outlet. And it’s awfully easy for that energy to come out as anger. Because there’s an opportunity wrapped up inside every challenge, let’s use this as an occasion to learn more about and become better equipped to handle anger. Whaddya say?

Today’s big idea is that, like most things in life, there are good sides and bad sides to anger.

Because I believe in focusing on the positive, let’s look at the helpful aspects of anger first.

Anger can show you where your safety is being threatened, a boundary is being crossed, or a need is being unmet. It’s a defense mechanism, a natural response to feeling unsafe. It can give you energy and fire to defend yourself. And it can alert you to something being ‘off.’

Anger is actually a higher energy level than feeling like there’s nothing you can do, or feeling like a victim, or feeling apathetic and checked out. Rising anger can mean that you are starting to wake up and pay attention. And realizing that there are wrongs that need to be righted. And that you’re not going to passively accept whatever comes your way any more.

That waking up could be to issues that are happening in your personal life, or that are happening on a bigger scale. Journalist Rebecca Traister wrote a fabulous book about the power of women’s anger called Good and Mad. She said, in an interview with the CBC,

“I believe that anger is a perfectly rational, reasonable and understandable reaction to all kinds of things in this world, including inequity.”

Anger can activate you, and get you to work for something you believe in. If, for example, you’re angry about gun violence, or racism, that anger can motivate you to do something about it. Anger is what has won many rights and freedoms. From the Revolutionary War being sparked by anger over taxes that were sent back to the King George, to women earning the right to vote because they were angry about not being seen as equal citizens.

You know, it’s a “I’m mad as hell and I’m not going to take it anymore” kind of thing. Anything that spurs us out of apathy and into action is an important tool to have.

Of course, every coin has a flip side. Let’s look at the negative sides of anger.

Anger has a righteous quality to it that can feel really great in the moment. Which might sound like a good thing. But it’s that, “I’m right and you’re wrong” that can calcify into judgment. It’s a really tantalizing way to feel–to have that absolute confidence. And for that reason, it’s easy to get stuck in anger, and for it to become a go-to emotion.

While anger is a higher vibration energy than apathy, you don’t want to hang out there, because there are several states of being that are even higher on the energy scale, and staying stuck in anger can prevent you from getting there.

Over the long-term, and unchecked, anger can wear you out, make you bitter, keep you disconnected from other people and your higher self.

And of course, anger can easily make you do or say things you regret in the heat of the moment. It can be like a drug–you want that hit of indignation, and if you get too big of a dose, you can impair your faculties. It can spur you to hurt other people, because it’s easy to get swept up in it.

So you want to use that anger as fuel and dip into as needed and then keep on moving to a state that is more constructive and help you access your deeper wisdom.

Your tiny assignment is to think about a time that anger fueled you to take a stand or make a change that needed to happen. A time that it was a positive force in your life. And then to think about a time when perhaps it led you to do something you wished you hadn’t. It’s one thing to understand the dual nature of something intellectually, and another to be able to identify that good side and bad side in your experience. It’s all in the name of just raising your understanding of anger. Which is a key part of working with it more skillfully.

Come back tomorrow when we’re taking a look at the many root causes of anger, so that you can see if there’s something that might be contributing to your anger that might be remedy-able.