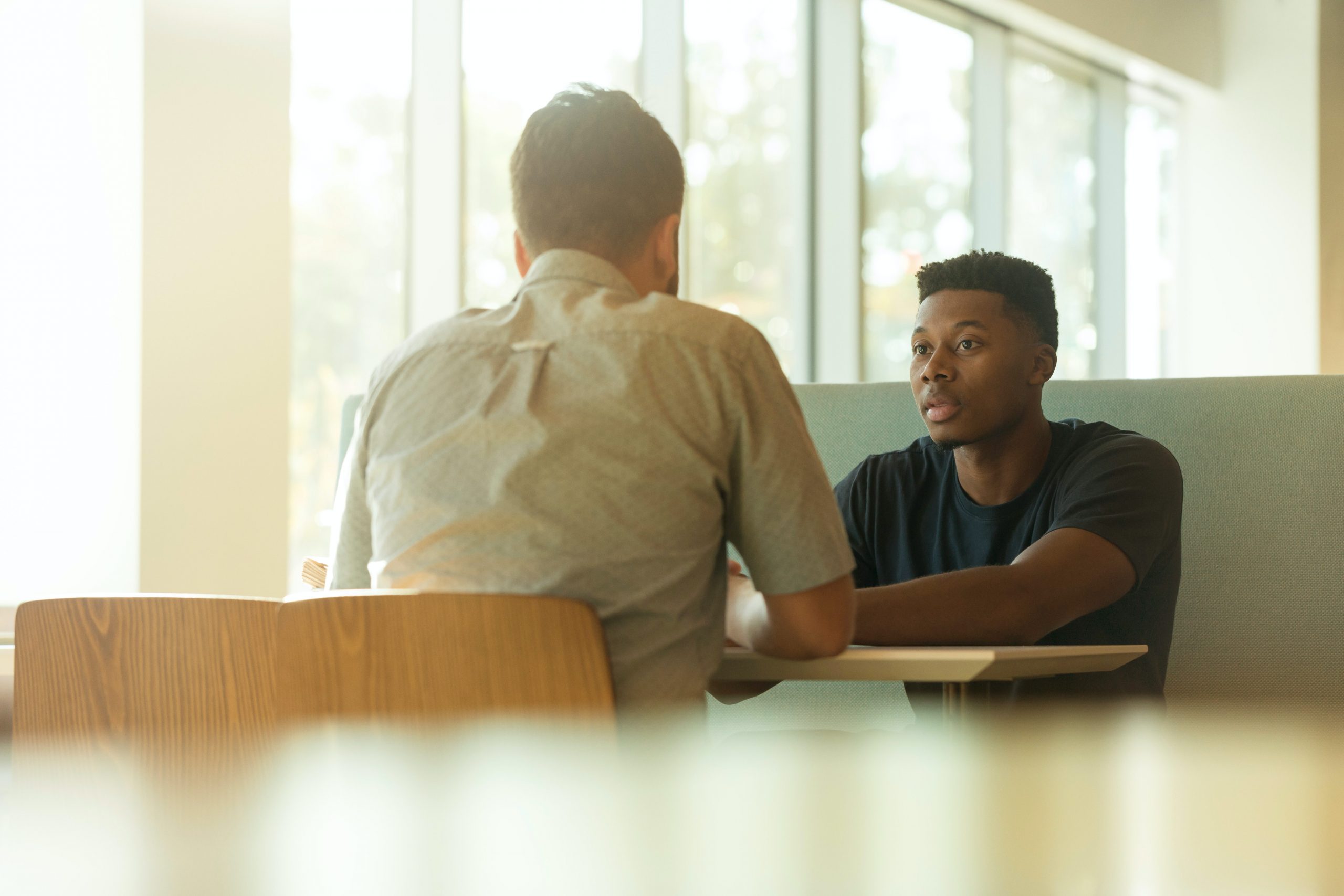 Everyone is on each other’s last nerve during these stressful times. And let’s be honest, sometimes engaging in an argument isn’t the right thing to do. But sometimes engaging IS something you consciously decide to do. And when you make that decision, it’s all about tone! This can be the single deciding factor between a constructive conversation and a complete blowout—in conversation tone matters.

Since we’re all hair trigger these days, sometimes something comes flying out of your mouth before you even realize you’ve done it. That’s what happened to me, again at the grocery store. This time, I was trying to make my way through the bottleneck of the intersection of the coffee beans and bakery section and when bumped into someone. I said excuse me and tried to keep it moving. But I heard him say to himself, “No one even says excuse me anymore.”

Before I even thought about it, I said to him, “I did! You just couldn’t hear me through my mask.” Then I smiled at him, which is hilarious considering that I had a mask on, hahaha. But he could hear from my tone and maybe from my squinting eyes that I wasn’t trying to be an a-hole. Which is what we’re all braced for now, am I right? So then we had a fairly pleasant chat about how wearing masks is hard but we both felt it was the right thing to do. It restored my faith in humanity in that moment. And I like to think it restored his too. But it also reinforced something I’ve known for a long time: in conversation tone matters. It has always mattered, but it matters now more than ever.

Let’s look at the always mattered part first. There is a UCLA professor named Albert Mehrabian, who developed what’s known as the 7-38-55 rule about personal communication. According to Mehrabian, your body language counts for 55% of what you communicate to other people. Your tone accounts for 38%. And your actual words only convey 7% of what you put out there to other people. Seven percent! That’s not a lot. As someone who makes a living as a writer, that number is hard for me to swallow. But then you have an encounter with a cranky person in front of the coffee beans while wearing a face mask and you realize it’s true. The way you say something has so much influence on whether the situation escalates, or de-escalates.

Maybe you’ve experienced this with your kids. There’s a big difference between a sing songy brush your teeth and an exasperated, please just go to bed already, brush your teeth. Maybe my kids are extra sensitive but when any impatience creeps into my voice they get pissed, haha.

And in conversation tone matters even more NOW because, like I said, we’re all a bunch of raw nerves. It’s like we’re looking for an opportunity to get irritated and lash out because there’s a lot of nervous energy that needs an escape hatch.

SO, today, make it your assignment to play around with your tone. When someone asks you how you are, say, FINE. And when the next person asks say, fine! Notice how the tone of the people you interact with makes you feel. There’s a lot to play around with in there. Have fun with it. And if you get any interesting results to your experimenting, I’d love to hear about it–send me a DM on Instagram or use the contact kate button on beabetterpersonpodcast.com to tell me about it.