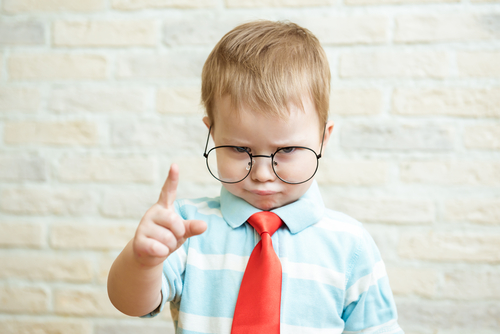 There’s one in every organization—a co-worker who has been at the company for years, maybe even decades. Even though the company’s mission has evolved and changed, this employee can’t stop talking about the way things used to be. Even though they can totally drive you crazy, they have the best of intentions. They’re just stuck in an old reality that’s no longer really true.

And even though they don’t seem to be having much fun or, honestly, getting much work done, they just won’t move on. After all, they’ve got it pretty good. They’ve built up a nice salary, they’ve got a good office—why would they want to leave?

Whether you answered yes or no, you interact with a being everyday who is exactly like that crotchety, stuck-in-the-old-way co-worker. It’s your ego—the part of your mind that acted as your survival system when you were growing up.

When you were a little kid, you were 100% dependent on others for your survival. And so you were VERY invested in learning how to keep the people who took care of you happy so that they would continue to keep you alive. That’s how high the stakes were for you then.

And your ego was the part of you that took note of everything that did and did not work to keep you safe. Like I said, it was your survival system. And because you’re reading this, it worked. Because clearly, you survived.

But now that you’re a grown up, your ego is like that co-worker. It still thinks things are the same as they were decades ago when you were dependent on others. And it still thinks it’s responsible for keeping you alive, even though now you’re all grown up and don’t have to rely on others for your very existence.

The thing about the ego is, it can be a real turd. It loves to lie, play on your fears and manipulate. It tells you things like, “That will never work.” “You’re crazy.” “But what if you mess it up?”

You know the ego is talking any time your train of thought is making you feel like what you want isn’t realistic or safe.

So what can you do about the ego? Know these two things:

Because I’m here to tell you, whatever you’re up to that’s getting your ego to start chiming in, you’ve got this.