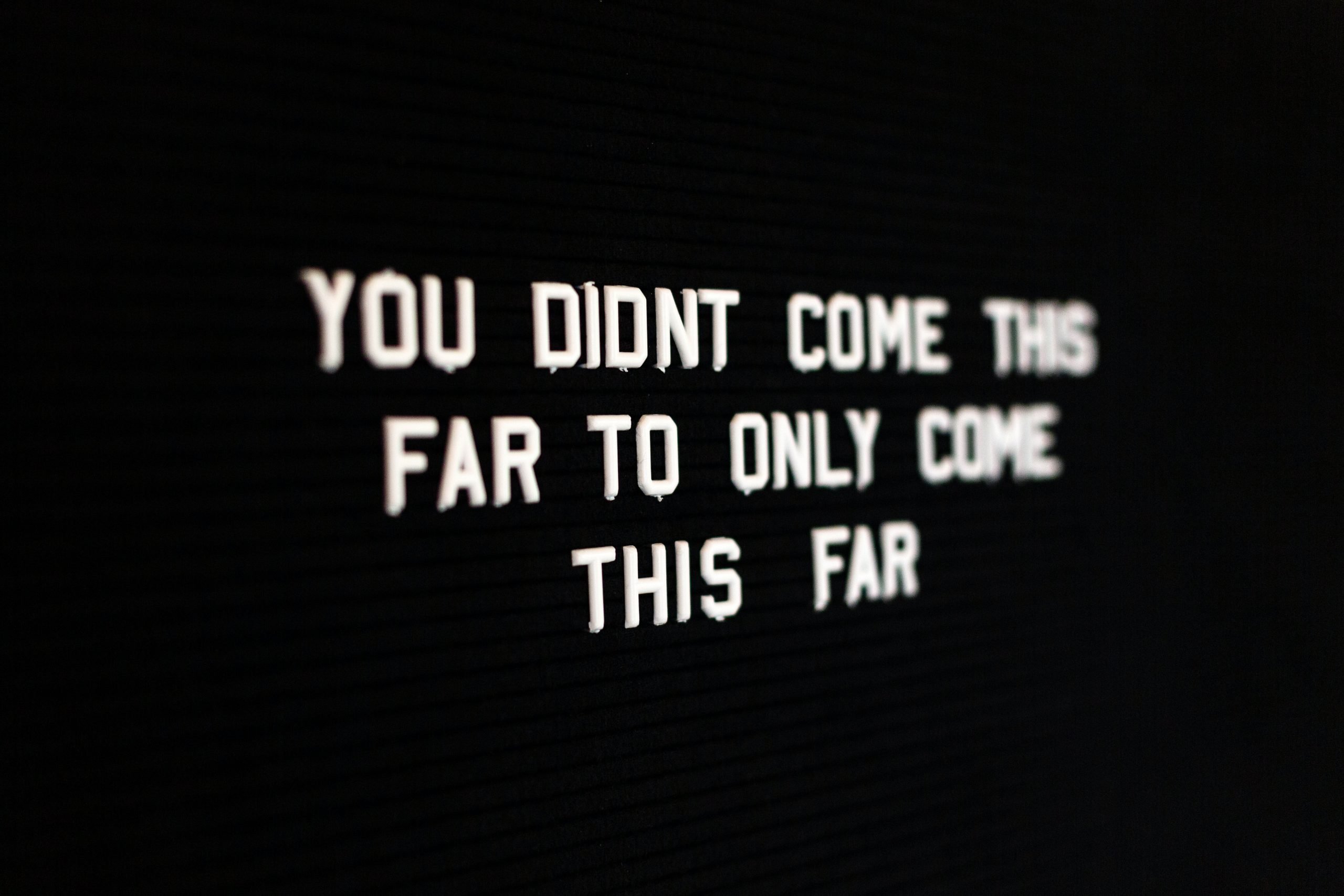 Today’s big idea is that we must avoid the dreaded backsliding obstacle in order to create and maintain new habits that help us become better people. I mean, of course, without these obstacles we would all be walking around as the best possible version of ourselves. And wouldn’t that be grand?

Also, we have spent the past 9 episodes talking about breaking old habits and starting new ones. And I would be just totally negligent if I didn’t talk about the obstacles that will crop up.

Obstacles to making positive changes are nothing new

In fact, the Yoga Sutras of Patanjali, which is one of the foundational texts of yoga that is thousands of years old, outlines nine specific obstacles to practice.

Now, if you’re wondering why I’m talking about the Yoga Sutras in an episode about changing habits, it’s because being a better person is a practice. Just like yoga is a practice. It’s a path. Also, I happen to be super into yoga. I’ve practiced it for 25 years and have been certified to teach it for almost 20.

Even if you’re not super into yoga, I hope it will be helpful to know what ancient sages have to say about the things that will try to nudge you off the path. Because they absolutely relate to doing the things that help you be a better person.

In the Yoga Sutras, the obstacles to practice are called kleshas.

There are nine of them listed. Disease, idleness, doubt, carelessness, laziness, sensuality, misunderstanding, failure to sustain effort, and backsliding. Which, basically, you can experience each one of these during just one mental loop when you’re trying to decide if you’re going to actually honor your new habit or not.

Honestly, when I first learned of the kleshas and realized that humans have been struggling with all these common things for thousands of years, I found it to be a HUGE relief. Like, I’m not just a crazy, lazy person if I try to talk myself out of doing yoga! And I hope it will feel that way to you too.

Now, I’m not going to dive into all nine kleshas today. I just want to talk about one in particular.

And that is backsliding. Which I describe as what happened after you’ve cleaned up your diet and starting feeling so good that you start telling yourself, “I’m so healthy I can eat whatever I want!” And then you basically go right back to your “before” eating pattern. I mean, you’ve been there, right?

It feels demoralizing to lose ground that you’ve previously gained. And we’ve all experienced it. So let’s talk about what you do when it happens.

First, I absolutely don’t believe that we need to strive for perfect adherence to whatever we’re seeking to create. I believe in the 80/20 rule, which is that 80 percent of the time you’re trying to to stick to your plan, and 20 percent of the time you loosen the reins and just go with what feels good. But I also know from personal experience that it’s easy to let that ratio slide into 70/30, 60/40, 50/50, and lower and lower until you’re just completely off the path.

That tilting of the ratio is backsliding.

So if you’re just not doing something 100% of the time, but you’re still regularly doing it a majority of a time, that is NOT backsliding. That’s just a healthy reality, and if you’re mind if trying to tell you that you’re not doing it perfectly enough, you can say, but I’m doing it 80% of the time and that is good enough.

But if you’re on that downhill slide where you’re doing your healthy habit less and less frequently, luckily, the yoga sutras also tell us helps overcome those obstacles, and not lose ground that we’ve already gained. You can use what BKS Iyengar, founder of Iyengar yoga, which is the style of yoga that I practice, calls “yoga vitamins”, which are faith, courage, determination, awareness, and absorption.

I’ve talked a lot about awareness in these habit episodes, so hopefully that is a vitamin that you are already consuming in higher doses than the average bear.

I want to focus today on faith

Sometimes, you will have every reason NOT to partake in your new habits. Maybe even to the point that you start to lose ground, and your ratio of when you’re on the path versus when you’re off it starts to trend in a downward direction. Or maybe it plummets.

When you notice that you’re backsliding–which your awareness will help you recognize and admit. I think that courage, determination and absorption can be hard to access, because backsliding can be demoralizing. What that leaves is faith. Faith that even though you’re continuing that habit matter, it actually does. Faith that little steps can actually add up to something good. And faith that things can and will get better.

How does that faith show up?

No matter how long it’s been since you started to backslide, you just start again. You take the next right step, no matter how small. Trusting that even if you don’t feel like doing it, or it doesn’t seem like it could possibly matter, that it will help.

The Bhagavad Gita, which is another seminal yoga text, tells us that, “No effort on the path is ever lost.” That small step is like planting a seed. It will grow into something greater.

Buddhist nun Pema Chödrön says, “The most important aspect of being on the spiritual path may be to just keep moving.”

Your tiny assignment is to make a deal with yourself right now that when you notice that you’ve started to backslide, you will lean in to your faith in the possibility of better things, and simply start again. No drama. No beating yourself up. Just do what you can to the extent that you are able. Simply start again, as many times as it takes.

That’s it for our focus on habits. I hope you’ve got some new awareness, tools, and good things to savor to help you keep going.

Take care, and have a great weekend.