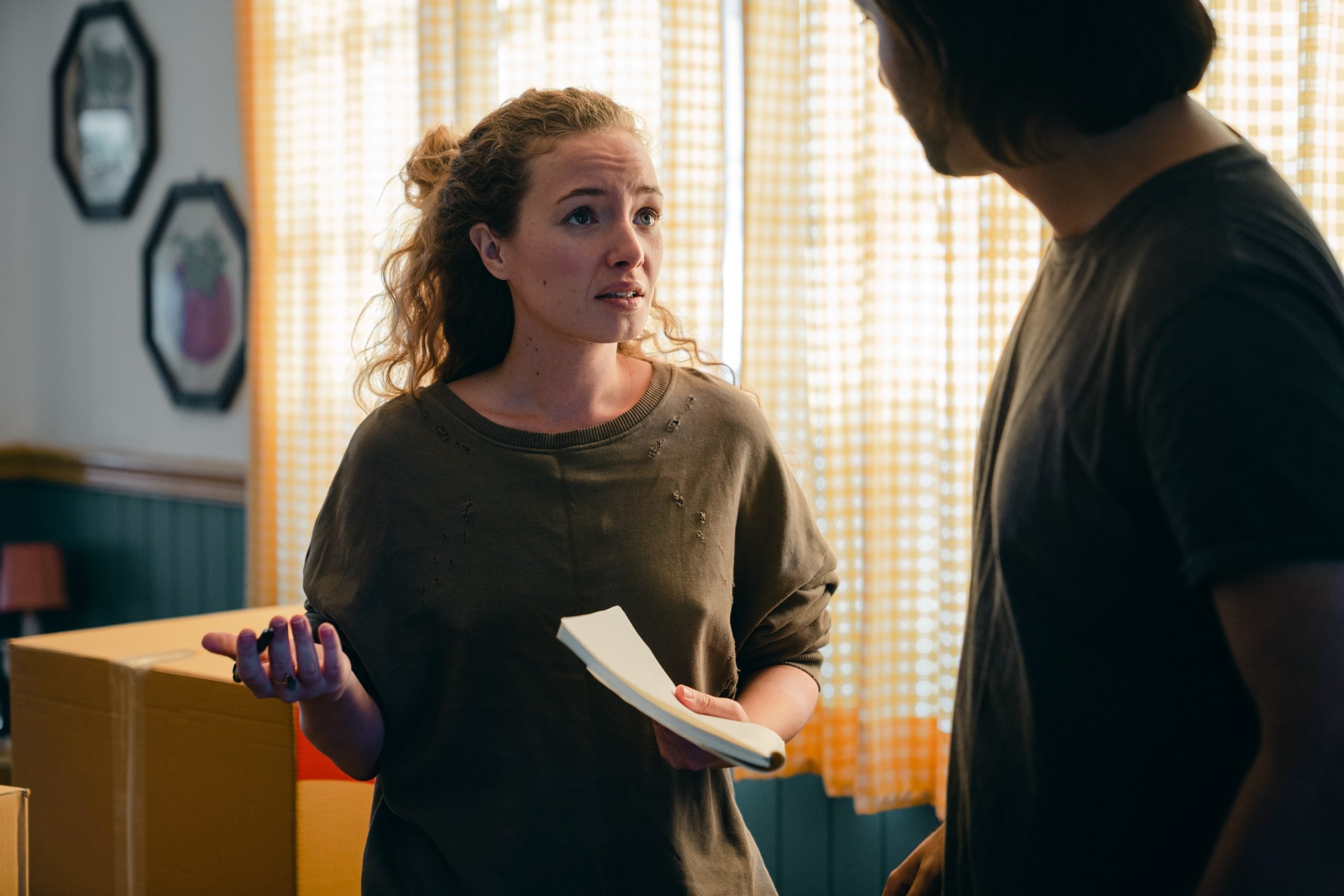 This week on the podcast I’m covering some of the harder things in life–like how to embark on a difficult conversation, or getting used to chatting with people again after a pandemic. I wanted to devote time to these types of things because they are big invitations to become that better version of yourself–to take this idea of being better and actually making it real.

Today’s big idea is that there are invariably going to be times when you need to talk about something with someone…and you are NOT going to want to do it, because it has the potential to be awkward, or angry-making, or just emotional in general. But an issue that’s not addressed doesn’t go away…it festers. It goes underground. And it grows.

This episode is particularly written for the peacekeepers out there

Of which I am totally, totally one. There were decades of my life when I would rather eat a cup of dirt than bring up anything remotely uncomfortable. So if the thought of having a potentially awkward conversation makes you sweat blood, I see you.

But here’s the thing. When you have a game plan going in, initiating difficult conversations isn’t quite so scary, and since you won’t be in total anxiety/fear mode, it’s likely to go a lot better.

And you do want them to be open to the difficult conversation. So here’s your opener: Hey, there’s something I’d like to talk to you about. Is now a good time?

You’ve got to get buy in from the other person at every step of the way. Because when you’re continually checking in with them, and they are essentially saying yes I’m ready to listen, it shifts the energy in the conversation in a HUGE huge way. Then you’re not talking at them, you’re engaging in a dialog. Which is huge.

And I have a formula to help you keep it in the realm of dialog and authentic sharing. 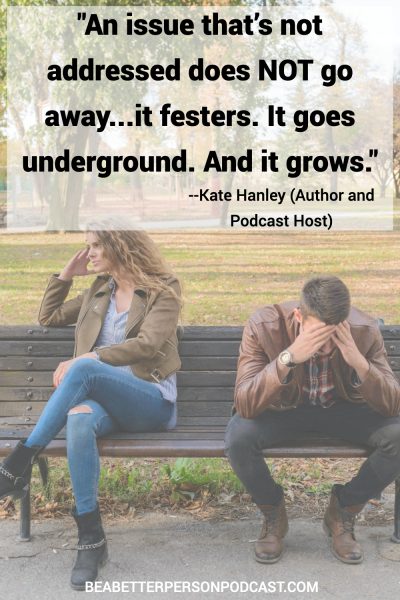 You can remember it with the acronym CRAWL

After all, if you want to be able to walk away from a difficult conversation feeling good about you handled it, well, you can crawl your way into it.

I’ve shared this in at least one other episode but it’s so helpful that I’m sharing it again.

The C in Crawl stands for Connect

You say something that reminds you both that you’re on the same page. Something like, “Hey, you really mean a lot to me and I’m thankful that you’re willing to talk this through with me.”

The R is for Relate

This is where you share something in your physical experience, not necessarily what you think, because someone can refute what you think, but they can’t deny you your own experience. You say something like, “Whenever I think about how things have been strained between us, I feel like an elephant is sitting on my chest. I’m really feeling sad about it.”

The A is for Ask

This is pretty self-explanatory. Ask them a question, such as, “How has it been for you?”

The W is Wait

And that means the next thing you do is nothing. You need to stop talking and give them some space to respond. Count to 10 or even 20 if you need to. This is how you invite them to share THEIR experience.

And the L is for Listen

And then listen to what they have to say. Really listen, not just stay quiet while they talk. Listening requires being open and receptive and non-judgmental, because if you’re busy refuting what they’re saying in your head, you’re not listening.

A quick little tip to help you listen is to focus your attention on their mouth and to even lean in a little bit–that  body language demonstrates that you’re listening which encourages them to speak more.

Once they’ve answered your question, you start again at C

Connect to them by saying back to them something that you heard them say. Such as, “I understand you’ve been feeling weird about it too.” And then go back through the rest of the cycle.

To really make the most of this difficult conversation, make it your mission to relate your experience and ask for feedback, instead of trying to control the outcome. In this way, you can both collaborate your way to some sort of resolution, and in my experience you end up somewhere different–and better–than you would if you had scripted every bit of the conversation.

And when it’s over, wow do you feel relieved. Not only did you share your piece, but you learned what the other person has been thinking, too, which I promise you is different than what you think they’ve been thinking. You were brave. You hopefully strengthened a relationship.

And just keep in the back of your mind that if the difficult conversation feels really fricking scary and you’re not sure you can handle it on your own, you can ask the other person if they’d be willing to see a therapist with you. I have had the good fortune to go to a therapist with each of my parents, and having someone else in the room who was a skilled communicator was just incredibly helpful and valuable. I highly recommend it.

Your tiny assignment is to use CRAWL in some simple, low-stakes conversation at some point in the next 24 hours. It could be asking your kid how her day was at school, the formula still works. That way, the next time you have to bring up something more fraught, you’ve got some muscle memory to rely on.

And tune in tomorrow, when I’m covering how to get back in the swing of talking to other people in real life–something we’ve ALL gotten rusty at, and will invariably be doing more and more.