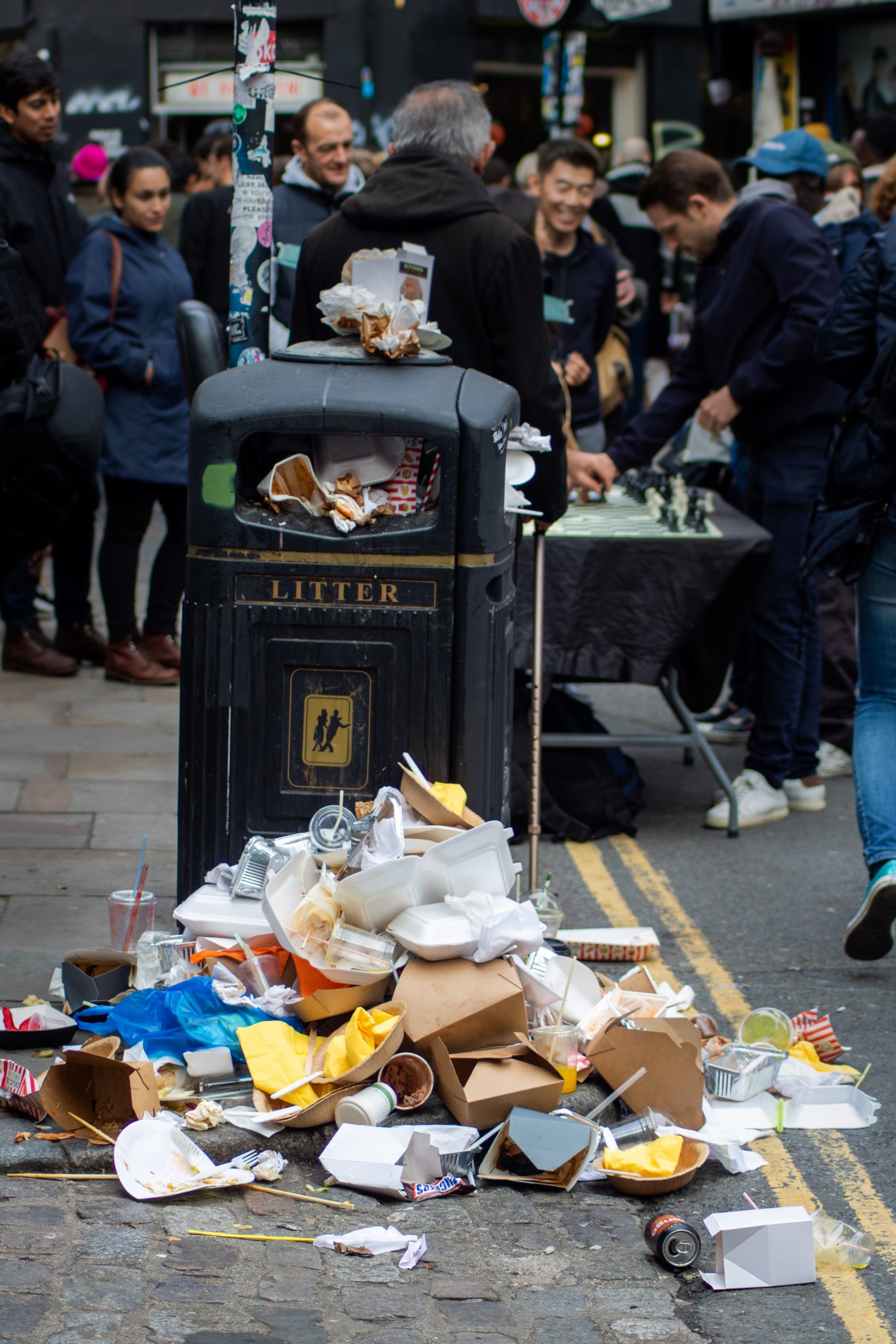 Today’s big idea is that finding ways to waste less food is great for the planet. And… it’s not something that we’re doing all that well. In fact, according to the United States Department of Agriculture, one pound of food per person per day goes to waste. That adds up to 103 million tons (81.4 billion pounds) of food thrown out each year. That is between 30 and 40 percent of the entire food supply.

Especially when hunger is a real problem in U.S., as well as around the world? Even before the pandemic hit, some 13.7 million households, or 10.5% of all U.S. households, experienced food insecurity at some point during 2019, according to data from the U.S. Department of Agriculture. That works out to more than 35 million Americans who were either unable to acquire enough food to meet their needs, or uncertain of where their next meal might come from, last year. Meanwhile, up to 40% of our food supply went to waste.

Plus, when we throw that food out in the garbage, it takes up a ton of space in the landfill, where it putrefies and contributes to greenhouse gasses. It’s a lose-lose-lose.

So let today be the day that you become more conscious of throwing away significantly less food.

Let’s start with the food you eat

Or don’t eat. In order to waste less food, it really really helps to get used to looking in the refrigerator first any time you get hungry. I love a meal made out of pantry staples as much as the next person, but that pantry stuff can last and last. The stuff in the fridge is only edible for a few days, typically. So make that your first stop when you start feeling hungry.

Second, you’ve got to actually eat what you find there. Sometimes it will mean eating food that you’re not that excited about. Last week I had some leftover soups that weren’t going to last much longer and I thought to myself, well, I can have this one unappetizing soup or this other unappetizing soup. But you know what, adding hot sauce and the chip crumbs from the bottom of the bag really helped. You can also develop a couple go-to strategies to use things up–like, a vegetable soup where you put that broccoli that’s getting a little soft, or a stir fry.

My grandmother called this icebox revue

Going through the fridge and pulling out what needed to be eaten up and that’s what you’re having for dinner. My mom and I lived with my grandmother for a few years and I can still see her, with her entire torso disappeared into the fridge and hear the rustling of various packages. Icebox review isn’t exciting, but it’s part of life. It also helps you be creative in reducing food waste. And you might just surprise yourself with how tasty you can make something that perhaps is no longer at its peak of tastiness.

Now, of course, there will still be things that go bad in your fridge. AND there are always parts of food that you have to throw away, like the butts of onions and banana peels and things like that. For these things, you can compost it instead of throwing it in the trash. 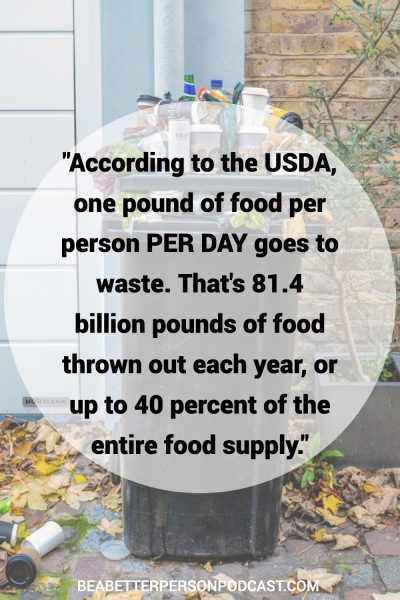 There are all kinds of composting systems

Emily, the gardening expert whom I interviewed yesterday recommends the Sub Pod. Which is a composter that can allegedly compost 15 gallons of food waste per week. If doing your own compost is intimidating–and I get it, it is for me too–many farmer’s markets and community gardens will accept your food scraps. There are also compost services that give you a bucket that you can put all your food scraps in and then they come and pick it up once a week, it’s generally around $20/month. Some cities even pick up food scraps specifically for composting–I think we’ll see more of this in the future because composting remedies a lot of problems.

Not only does composting waste less food and keep scraps out of the dump, but it also creates amazing, nutrient and microbe rich food for soil. Even if you don’t compost a single food scrap, putting compost wherever you can–in your garden, on your lawn, around the trees on your street– is an amazing way to restore the health of the soil, and make it a more hospitable environment for plants and wildlife.

Your tiny assignment for today is to decide one thing you’ll commit in order to waste less food. Will you have a weekly icebox review? Or vow to look in your fridge first whenever you get hungry? Find a way to compost? Or pick up a bag of compost and spread it in whatever dirt you have available to you? My goal is to figure out how to compost in my yard. I have the bin–I snagged one that our neighbor was getting rid of–now I just need to ask a compost-savvy friend to come over and look at my set up and give me some pointers. And also figure out a way to store the scraps in our kitchen in between trips to the compost bin.

Come back tomorrow when I’m sharing the single most impactful way to combat climate change.