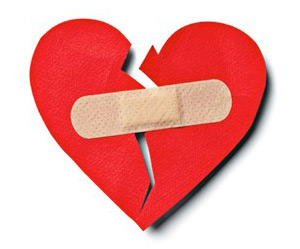 This is a post for the folks who are feeling emotional after the election. Whatever the emotion may be—I myself have been numb, devastated, angry, irate, despairing, and sad within the last three days. it’s all welcome here so long as we are kind to one another.

This election is a little bit like the time I did yoga in my underwear in front of a full-length mirror when I finally was ready to see how much post-partum weight I had gained. In other words, it’s been a real eye opener that isn’t particularly fun or enjoyable, but also imperative for moving toward something better.

It’s been tough for me to reconcile the America I thought I lived in and the one that showed up to the polls.  I’ve had the privilege of living in a bubble—recognizing that people felt threatened but convinced that things were getting better, had already gotten better, and we needed to focus on the good. I had the luxury of discounting the signs that all was not well. I am so, so sorry about that. There’s a difference between choosing your focus and deluding yourself.

Don’t get me wrong, I know that it’s a fantasy to think that if you just work on yourself, do your practice and stay open that you’ll never have any problems again. I know the world will trigger us as well as support us. I know that there can’t be light without darkness, rebirth without a death, summer without winter, blah blah blah.

And still, I felt sucker punched. When people say we need to accept Donald Trump as our president and support him, I just can’t. I accept that he won, and that he’s president, but I don’t accept that people have been emboldened to attack and taunt people based on things like their skin color, religion, sexual orientation. I don’t accept that we have to just lie down and let things we fought for and value—protections for the environment, human rights, women’s rights—get wiped away.

I’m still trying to figure out what to think, honestly. I’m actually trying not to think too much until my emotions settle down a bit. But there are things I know to be true, no matter the circumstance, and all I can do in the moment is keep coming back to them. They’re as true when it feels like the world has completely turned upside-down as they are when everything feels pretty a-OK. These are my top five guiding principles right now:

“It is proper to welcome struggle, for its arrival is auspicious. Struggle keeps us from growing sluggish. It transforms an ordinary human into a spiritually awake person.”   — Swami Kripalu (Click to Tweet.)

Got something that’s helping you feel better? Share it below. (As they said at my kids’ preschool—no mean talk!)

No matter who you voted for, or didn’t, we’re all in this together and I’m sending you love.