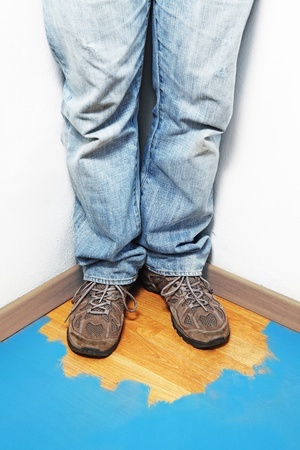 Growing up, both sets of my grandparents were well-to-do—country club memberships, new cars every two years, large suburban houses, golf carts and lots and lots of shopping.

My parents, on the other hand, always did OK, money- and work-wise, but never cracked the ceiling of upper middle class. I could sense the tension between them — my grandparents seemed palpably disappointed that their kids hadn’t done better for themselves. My parents seemed uncomfortable when they were around my grandparents, as if they were kids on their best behavior but secretly rolling their eyes.

In my immature mind, I decided it was the fact that my grandparents were rich that was the source of all the tension.

I didn’t really think too much more about it until I was in my 40s, and I started to unspool some of my hidden beliefs about money. Having lived in New York City for 15 years, I knew I scoffed at perfectly coiffed Upper East Side women with their Birkin bags, believing my downtown neighborhood and scuffed boots to be far more desirable.

But when I looked back and saw that I had quit every job I’d ever had once I started making more money than I needed—only to start over in a slightly different field way back down the payscale—I saw how those unconscious beliefs had helped me make choices that I wasn’t fully aware that I was making. I had always told myself that I was looking for a new challenge. And in some ways, that was true, but the bedrock of those career decisions was that I wouldn’t allow myself to be one of those people.

Here are some examples of how your beliefs may have painted you into a corner of wanting something yet not allowing yourself to have that something:

Your belief: It’s your job to make sure everyone around you is happy.
Your conundrum: You know it’s impossible to make everyone happy all the time. And yet, the thought of displeasing anyone is paralyzing.
Your corner: You have a new project you’d like to undertake, one that you know could help people. But since it’s impossible to create something that some people won’t need or care about, you never really get around to working on it. Or if you do, you don’t tell anyone about it so that they won’t be disappointed.

Your belief: It’s not cool – or worse, not safe – to ask for what you need.
Your conundrum: You feel disconnected from and misunderstood by your partner. You know cognitively that you can’t expect him to just figure out what you want and need on his own. But because you grew up with perfectionist or manipulative parents, you know that sharing your point of view opened you up to criticism or having your mind messed with.
Your corner: You bite your tongue around your partner, vacillating between, “Why don’t you see me?” and “Don’t look at me!”

Your condition: It’s really important to be a nice person.
Your conundrum: You get so focused on being supportive to other people that you neglect taking care of your own self.
Your corner: Because you never put your needs first, you get righteously grumpy and jealous.

Got one I haven’t listed here? Share it in the comments below.

I will say this—whatever corner you’ve got yourself painted in to, it is absolutely possible to get out of it! It will take some objectivity (to be able to see what you’re really doing), some vulnerability (to admit your role in your situation) and some courage (to allow yourself to do things differently), but it can be done.

5 thoughts on “Have You Painted Yourself Into a Corner?”