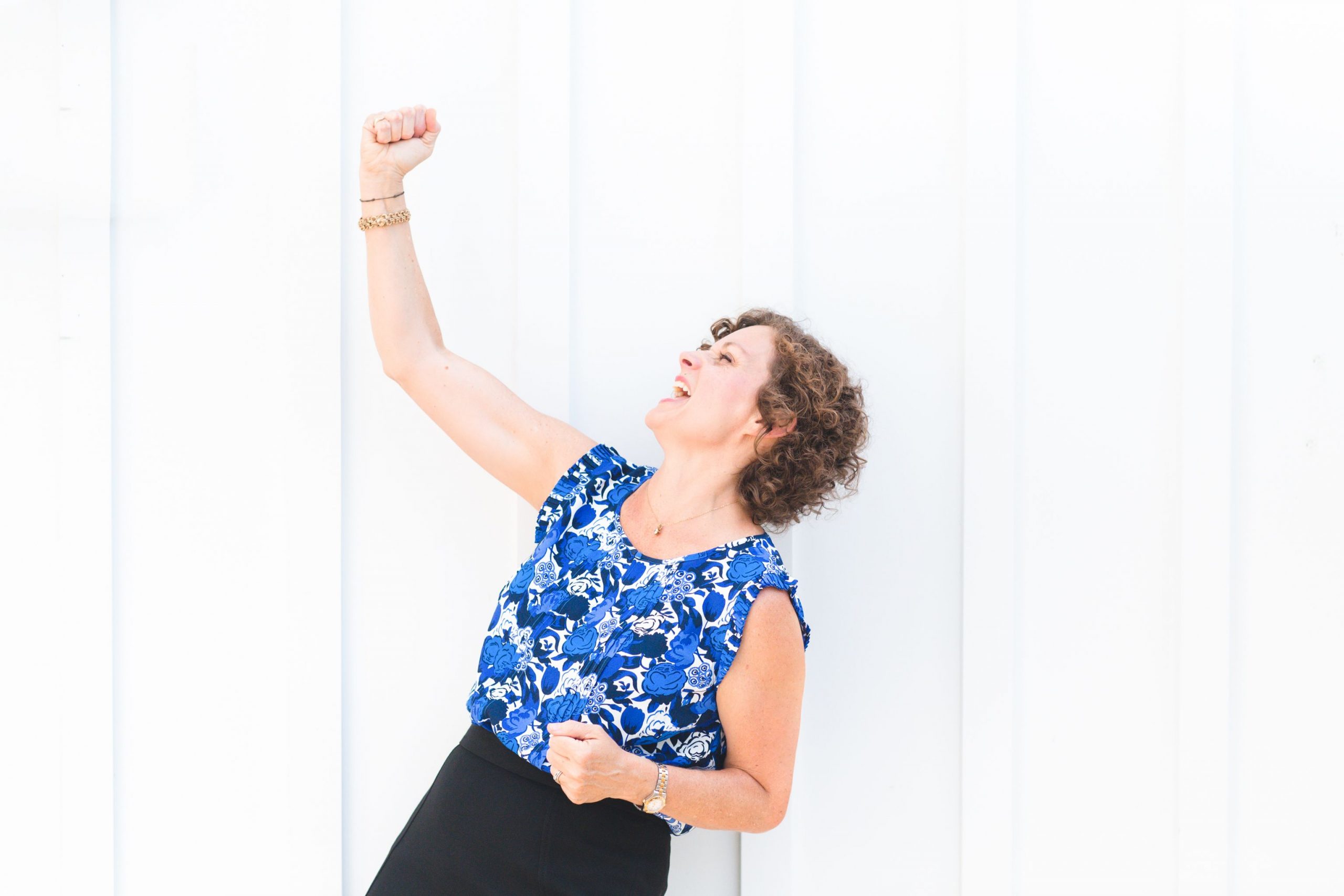 Shoo-WEEE tensions are running high out there. It makes sense: we’re all dealing with, at minimum, a ton of uncertainty. Will schools open in the fall? Will we have money to pay rent/payroll/bills? Is it safe to hug grandma?

It’s enough to make you want to shake your fist at the sky or utter some very harsh words. (Hence the photo.)

Couple that with the (very necessary) social upheaval around racial justice. Throw in a Mercury retrograde and a handful of eclipses (for my astrology-minded friends), and truly, it’s kind of a powder keg out there.

Even the mundane act of going grocery shopping can put you in the line of fire.

Harsh words at the grocery store

Yesterday, while shopping at the grocery store that I have shopped in at least once a week for the last nine years, a woman yelled at me because I was going the wrong way down an aisle.

It wasn’t a major dust-up. She said, “This aisle is one way the other way.” I said, “The thing I need is right there,” and reached for the seltzer. (Hey, maybe I’m the a-hole… but it was right there and there was no one else in the aisle.) She said, “I hope you don’t drive that way!” No curse words or shaken fists. But still… getting groceries doesn’t seem like an opportunity for criticism.

I just kept it moving and didn’t say anything back to her, but sometimes it can actually help to engage. Like on my previous trip to this same store, when I was trying to navigate through the bottleneck of the intersection of the coffee beans and bakery section and bumped into someone who stopped short in front of me. I said excuse me and tried to keep it moving, but I heard him say, “No one even says excuse me anymore.” To which I said in as friendly a tone as I could manage, “I did! You just couldn’t hear me through my mask.” Then we had a fairly pleasant chat about how wearing masks is hard but we both felt it was the right thing to do.

These are both fairly benign instances, but they show how just going about your daily life, whether in the real world or online, you can get sucked into a skirmish because we’re all on edge.

That’s why next week on the How to Be a Better Person podcast I’m talking about how to de-escalate the tension in the air. I hope it’ll help curb the other pandemic that’s going on—meaning, stress. If you want to make sure you don’t miss an episode, go here and subscribe to the podcast on your favorite podcast-listening service.

And speaking of very necessary work of putting an end to racism—both in your own mind and in the outside world—check out this post I wrote on Become a Better You on Race. It’s chock full of resources for you so that we can keep going (or start, or start again) on making our country more equitable for everyone.