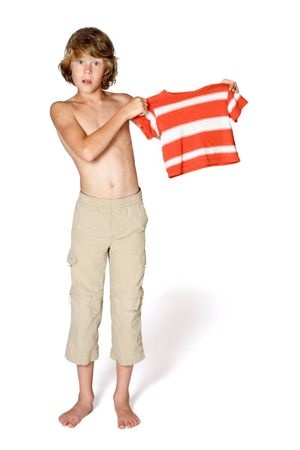 Several weeks ago, I upgraded my four-year-old phone for an iPhone 6. You’d think it would be like going from black and white to Technicolor, a veritable extravaganza of wonders and delights.

Except I couldn’t figure out how to work the danged thing.

The keyboard was just different enough that typing anything coherent was a challenge; I felt the way I had in the late 90s when I traveled to Europe and tried to send emails from various Internet cafes and all my letters had strange accents and umlauts over them. I tried using Siri to talk out my texts but didn’t know how to tell her to send them, so important communications didn’t arrive and people were left wondering what the heck I was thinking.

It was a growth spurt that lasted a little over two weeks. Not terribly painful (#firstworldproblems), but not that pleasurable either. It was…irritating.

Where’s the good news here? That irritation is often actually a sign that you are moving up a level in insight and experience. (Click to Tweet!)

Right after you’ve upleveled—whether in your life, job, energy, or yes, even technology—you’re in unfamiliar territory. You’re a rookie at the new level, and you’ve got to be OK with figuring out things that you thought you had figured out long ago—things like sending a text message.

It’s so tempting to see the difficulties and think there’s something wrong, or that you’ve made a mistake. But when you can keep going, despite the accompanying inconveniences, a brand new world awaits you.

For instance, now I am talking my emails and texts and it is so fabulous to be able to be that eloquent in a fraction of the time it takes to type.

Where are you experiencing frustration in your life right now? And how might it indicate that you are experiencing a growth spurt? I’d love to hear about it in the comments below.

4 thoughts on “Growth Can Be So Annoying”