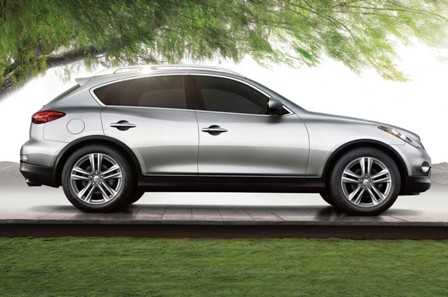 There’s a phrase in the coaching world: “You spot it, you got it.” Meaning, if someone is doing something that’s bugging you, it likely means you also share that trait. And chances are, you don’t like that part of yourself very much.

Take, for example, a buttinsky mother-in-law (this example is not from my real life – my mother-in-law is a peach who also reads this newsletter!) who makes you want to claw someone’s eyeballs out each time she comments on how you parent your kids. Which is all. The. Time.

According to the “You spot it, you go it,” rationale, it points to your own inner micro-manager, who’s getting annoyed because someone else is playing its favorite role.

Sometimes, it totally is the case that you possess what bugs the crap out of you. And it’s easier to judge it in someone else than it is to own it in yourself.

But there’s another interpretation that could also be true: That what you’re judging as ‘bad’ in someone else is something that you’d secretly like to have for yourself but haven’t let yourself develop. Because it’s ‘bad.’

Let’s say, for example, that a new café opens in your once ho-hum neighborhood. It’s a very fancy café where they sell $4 coffees and $8 green juices. They use perfectly eclectic jelly jars for their smoothies. They have lines out the door. And their very existence bugs you no end! It just all seems so…precious and self-important. It could mean that you think yourself to be precious and self-important, and that you really don’t like that about yourself. Or, it could be that you don’t feel like it’s OK to be precious and important. Ever. And seeing someone shell out eight bucks to drink liquid lettuce from a jelly jar just reminds you that you would never indulge yourself in this way, because your health and happiness just aren’t that important.

Or, here is an example from my own life. I used to think people who drove nice cars were jerks. I’d see someone pull into a parking spot at the grocery store in a Mercedes and on some level, instantly decide I didn’t like that person. I’d scan their outfit for further proof that they were turd-ish. Gucci sunglasses? Total a-hole! I finally dug down in to that a little deeper and saw that really, I wanted a nice car. (See that Infiniti up top? Pretty nice way to do school drop-offs, no?)

In the last 10 years, I’ve driven a string of jalopies, including a hand-me-down pick-up truck with no brakes and a $500 Toyota Corolla with 180,000 miles that died along the highway in Georgia. Because driving a nice car, according to my subconscious mind, was a foolish display of wealth. It meant you had money to burn. And guess what? Deep down, I wanted some money to burn. And I wanted leather seats. I worked on my own and with a coach to get really clear on what those beliefs were and where they came from, and then I released them.

A few weeks later, we inherited a Cadillac from my grandmother.

When you get clear on what you really want, and get your subconscious mind on the same page as your conscious mind, you clear the way for exactly what you want to come to you, in ways you probably never even could have imagined.

What might you be keeping at arm’s length? Check your pet peeves for a clue.

One thought on “Go Ahead, Have Some.”