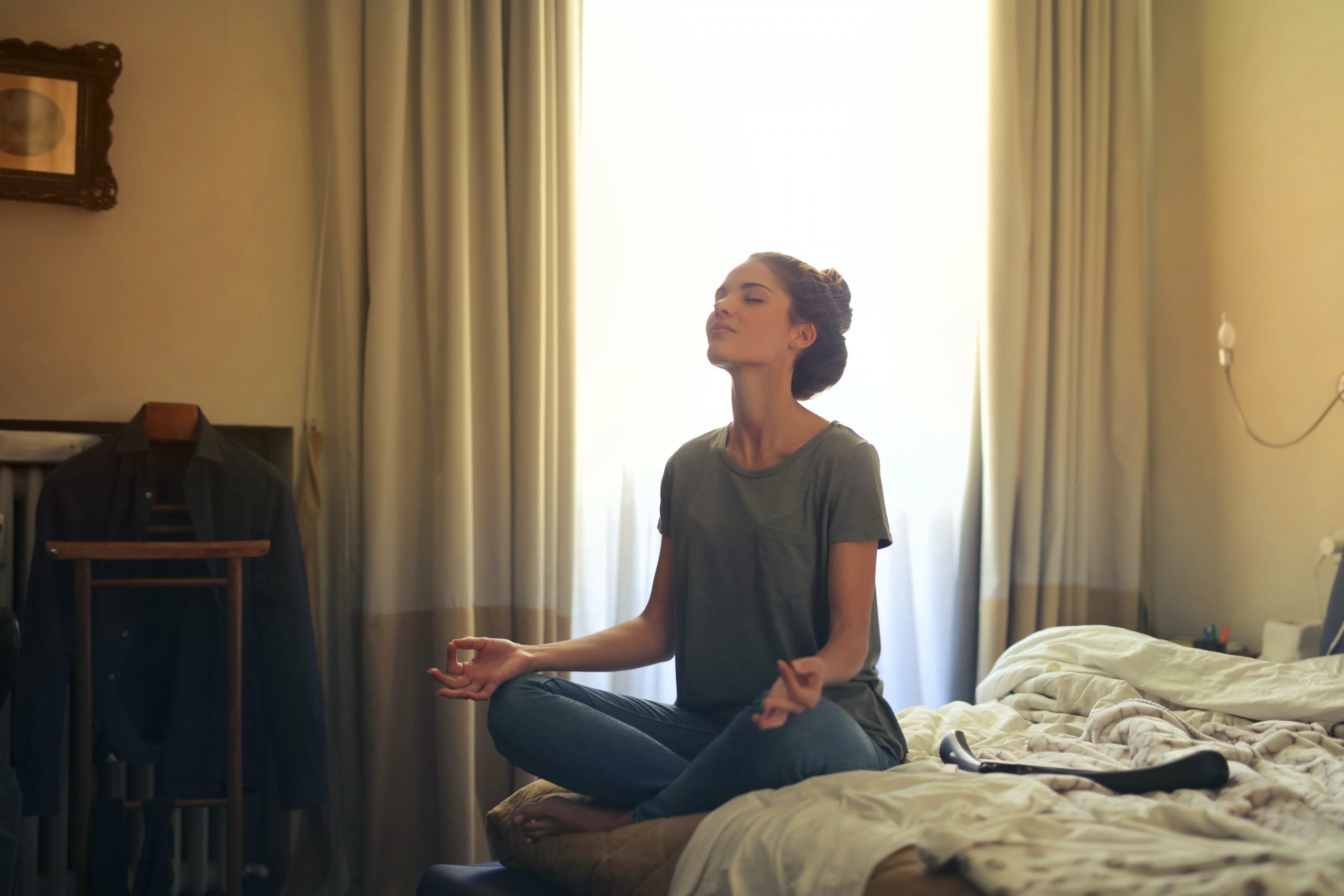 Today’s big idea is that, as wonderful and enjoyable and nourishing as meditating, you are going to have times—many, many times—when you don’t feel like doing it. The ego loves to resist the ideas that have the most potential for making you a better person. Why is that? Because the ego is obsessed with keeping you safe. And it knows that if you meditate, you’re likely to change. In a good way, but the ego doesn’t care about that; it only thinks that change = bad. So when the ego senses that you’re wanting to do something that could lead to change, it kicks up resistance to mediating.

There is a wonderful book that I have read many times and shared with many clients, called I Don’t Want To, I Don’t Feel Like It, by Cheri Huber. Huber is a Zen meditation teacher and founder of the Zen Monastery Peace Center and all her books are incredibly friendly and helpful. This particular book of hers is all about resistance, and in it, she explains that your higher self is like a jewel. It is glittery and bright and inherently valuable. It is your sense of knowing, or your inner wisdom. And it is encased by a thick, tough crust and that is your ego. Anytime something comes in that is aimed at your higher self, it’s going to be registered and deflected by your ego.

Because meditating helps you turn down the noise enough to actually hear what your inner wisdom would like you to know. And that drives the ego nuts! Because it’s job is to protect the jewel. So it’s not a question of IF you’re going to try to talk yourself out of meditation. It’s a question of when.

As evidence, I have been practicing yoga and meditation since 1995, and I still try and talk  myself out of doing those things pretty much every time. Why? Because practicing yoga and sitting down to meditate helps me remember what matters to me, and makes me more in touch with the jewel. I don’t pay nearly as much attention to that naysaying voice as I used to, but it’s still there.

It’s like our dog, Cookie, who just can’t help herself from barking at the mailman every time–because her being is wired to defend her territory. Of course, you can train a dog to not bark, but you can’t make that defensive instinct go away.

Here’s what I hope will be a helpful reframe for you:

Anytime your resistance kicks in, it’s a sign that you’re on to something good. It’s most definitely NOT a sign that you shouldn’t do whatever it is you’re resisting.

OK, so, at some point in your life, you get this thought that says, “Hey, let’s meditate.” And then–whether it’s right away, or after a little time has passed‚—you think some form of, “Nah.” THAT right there is resistance.

Resistance can also show up as a feeling of overwhelm “I couldn’t possibly find the time!”, or judgment, “These kinds of things just don’t work for me,” or just never actually sitting down to do it, as in “something else came up.”

Whatever form your resistance takes, here are three ways to get around it:

First is to close the gap between getting the idea and acting on it. For pretty much everyone, this is a gap between thinking of meditating (or really, anything that’s good for you) and actually doing it. And the bigger that gap is, the more you open yourself up to resistance. Acting quickly can head resistance off at the pass. It’s like in my kids elementary school they had something called DEAR, which stands for Drop Everything and Read. This is, DEAM–drop everything and meditate. Even meditating for one minute now makes it more likely that you will keep an appointment with yourself for a longer session next time.

Second, actually create an appointment for yourself to meditate. Put it in your calendar like any other meeting and build it in to your mental map of how your day will go. Doing so blazes a trail that you only need to follow. You don’t need to decide, is now a good time? You can trust your fore thought that chose the best time for that day.

And three, have a conversation with your resistance. This is a little smushier, but, your ego isn’t trying to sabotage you, it’s trying to keep you safe, and it has some concerns. So ask yourself, why am I resisting this? Give that resistance a voice. Maybe it’s worried that you don’t know what you’re doing, in which case you could decide to use a meditation app, and then you just need to follow along. Or maybe it’s worried that you’ll miss out on productive time, in which case you can re-assure yourself that meditation is like taking a mental shower, and actually makes you more creative and better able to focus so that you’ll more than make up for that time.

Your tiny assignment for today is to choose which of these three tactics you’re going to use the next time you encounter resistance to meditating—or really, doing anything that calls to your higher self. Will you take it as a sign to act on that impulse quickly? Or will you schedule an appointment with yourself to do that thing? Or will you have a conversation with your resistance? Just pick one now, so that you’ll know what to do when you notice that you’re trying to talk yourself out of meditating. Then, in that moment, you won’t have to decide what to do–you can just do it.

That’s it from me for this week. I hope these episodes have helped you see meditation with new appreciation and inspired you to try it for yourself! If you have–or if you have questions–shoot me a DM; on Instagram I’m @katehanleyauthor and on Twitter I’m @katewhanley. I’d love to hear from you.