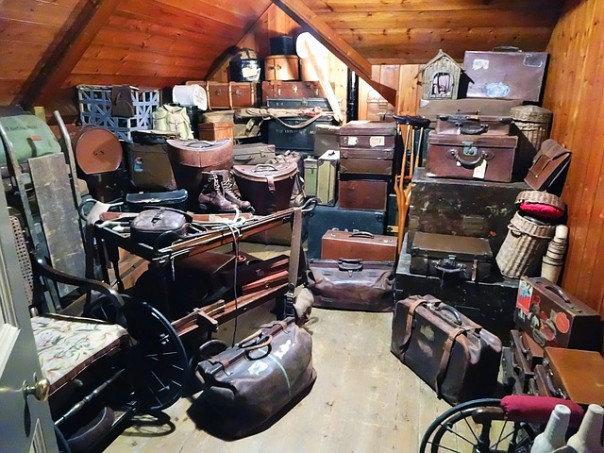 Yesterday, my eight-year-old daughter came over to where I was having a conversation with my six-year-old son and tugged on my elbow.

“Mommy, I need to show you something.”

I asked her to wait a minute while I finished talked to Teddy. She said she couldn’t. Her face was pained. “PUH-LEEZE!!!!” she said.

So I asked Teddy to give us a minute (he didn’t want to, but he did) and Lil led me to the kitchen to show me something she clearly felt horrible about—her head was bowed and she looked like she wanted to crawl into a hole.

What she showed me was her Silly Putty, which was permanently adhered to a cloth napkin. She felt horrible that she’d ruined the napkin, and she was bummed that her beloved Silly Putty was now not usable. She didn’t want anyone else to know, including her brother and especially her Dad, whom she was afraid was going to give her a loud lecture.

I told her that Silly Putty is sticky, it’s only for playing with on non-sticky things, like tables, and that sadly, there wasn’t any way to get it off the napkin—it was toast and needed to be thrown out. I told her to put it in the trash, gave her a hug, and went back to Teddy.

This morning, I found the napkin balled up behind a planter in the kitchen.

This is what we as humans do—when there’s something we feel bad about, we try to stick it somewhere where no one will notice it and pretend it never happened.

It can work, for a while, but inevitably, whatever it is you’re trying to hide or forget will catch up to you.

If there’s anything in your life that you feel bad about—no matter how long ago it was, or how strongly you feel like you should be over it by now—I can promise you: It’s holding you back.

These unresolved incidents are like musty old cardboard boxes shoved in the back of your closet. Hey, one box isn’t such a big deal, right? But most people have at least a few of them, which starts to crowd out space for the stuff you like and that you actually want to be able to use in your life.

Sometimes these things you still feel bad about are small—the insensitive comment you made to a friend, the thing you lied about, the rubber ball you stole from the toy store when you were a kid (guilty!).

Sometimes they’re bigger—a dark time you lived through, a choice you were forced to make between two equally tough things, the choice you didn’t make, the way you didn’t show up for yourself or someone you love.

And yet, if you don’t let that stuff out in to the light, it’s going to fester. And even worse, it’s going to lead you to create some really unkind beliefs about yourself.

I’m not to be trusted.

I’m a piece of shit.

These beliefs and unresolved feelings hang out in your psyche and really get in your way—unless you are willing to unpack the box you’ve tried to hide it in.

I promise you, whatever you did, it is forgivable. And dusting off that box and taking a look at it—and ultimately sharing it with people you trust—is how you go about forgiving yourself for it.

And when you do, it feels like freedom. The lightness you’ll experience is palpable. You start showing up in different ways, having different reactions, experiencing different thoughts. And when it comes to getting out of your own way, different is GOOD. Because staying the same is the same as staying stuck.

For some concrete steps on how to let things go, I wrote about four specific clearing exercises in this recent post.

Brené Brown also talks about shame so powerfully in her TED Talk and in her books, particularly Daring Greatly (which, full disclosure, I haven’t read yet!).

If you’re ready to do something right now to start de-cluttering your inner closets, make a list—real quick, without thinking about it too much—of things you’ve done or experienced that make you feel weird or bad when you think about them. That’s where you start.

I’ll be back next week with Get Out Of Your Own Way Tool #4: Own Your Awesome.