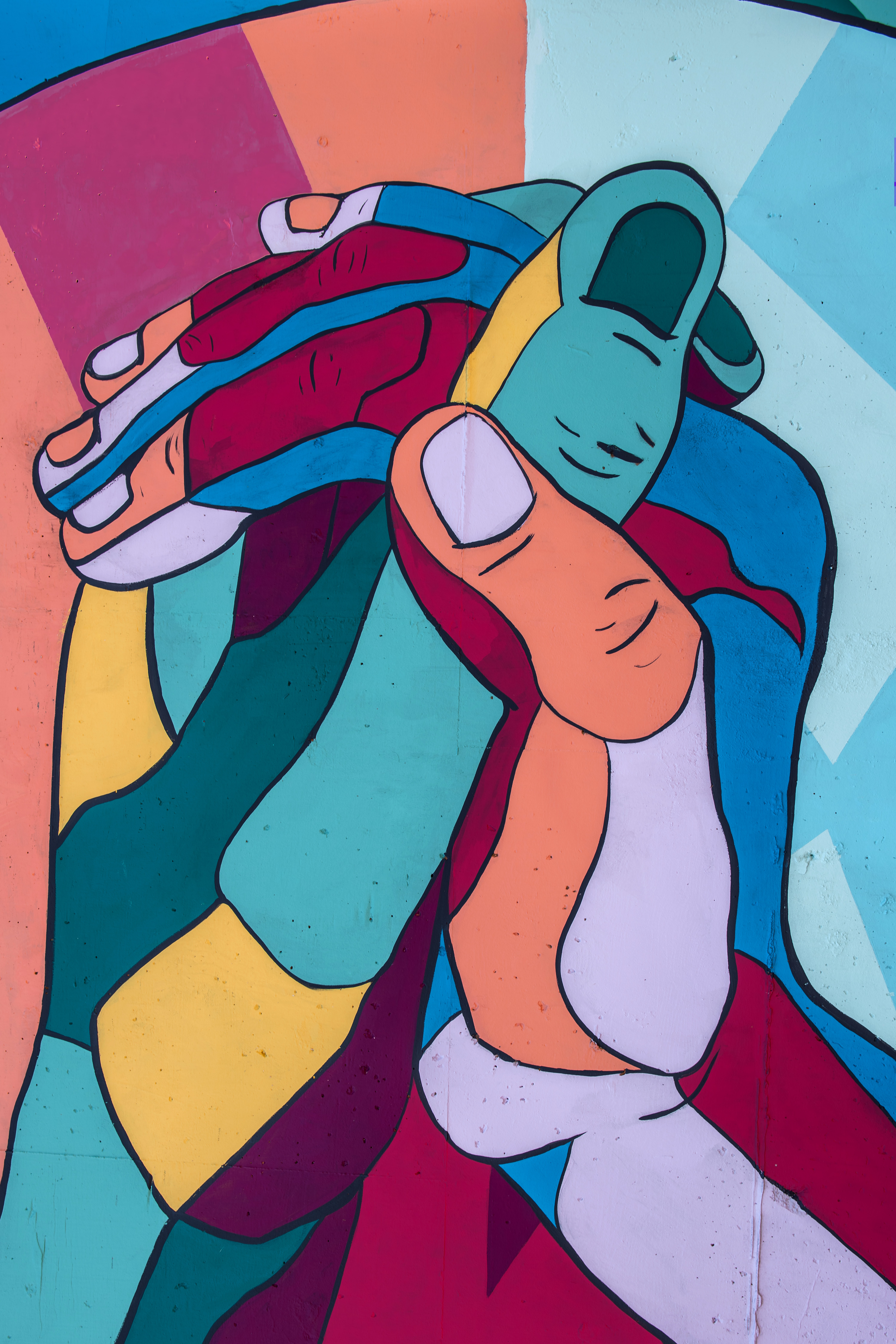 Difficult people are still people. And you are a person. And deep down we are more alike than we are different. So a helpful way to approach a difficult person is to seek out the things that connect you. There may not be a lot of them, but there are definitely some. Finding common ground to connect with others requires empathy.

But it also gives you something to work with and something to focus on, which will hopefully make the whole situation with them feel less intense.

I attended a small college reunion a couple years ago. I went to a small conservative Southern college, and I was a little nervous about going to the reunion because I was pretty sure that the people who would be there and I didn’t agree on politics. But, I figured, if you can’t talk to friends about this stuff, who can you talk to? Also, honestly, I figured it probably wouldn’t come up.

Well, one night at the bar I was talking to a guy I was definitely friendly with when we were in school but not particularly close to, and the topic of guns came up when he asked me what kinds of books I was working on as a ghostwriter. That happened to be around the time that I was working on Fight Like a Mother, by Shannon Watts, the founder of the gun violence prevention group Moms Demand Action.

Once the subject of guns was on the table, I got nervous

I knew he grew up in Texas and probably grew up hunting and I was willing to bet he was a proud gun owner, so I didn’t know how he would react to hearing about my latest book project. Turns out, I needn’t have worried, because we pretty quickly got to the point where we both believed in the Second Amendment, and that we also both agreed that there is no need for a civilian to have an automatic weapon.

From there it was easier for us to broach things that we didn’t necessarily see eye to eye on, like which candidate we were voting for or even what party we belonged to. But it was not fraught, because we had already established something we agreed on. I’ve since had similar conversations with other college friends and it’s always a relief to both of us to find out that there are places where we’re aligned–it makes the issues where we diverge feel less personal.

Generally, all it takes to find that connection is a conversation, and staying cool during that conversation, and not jumping to conclusions or accusations. And I’ve got a formula for helping you do that. I use the acronym CRAWL to help you remember it, because you have to learn how to crawl before you can walk or even run with an idea.

Say something that establishes that you are in this together. So, in my conversation example I just shared, you could lead with, “I know you grew up in Texas, I bet you grew up hunting, did you?”

This is where you simply share your internal experience–not your opinion or a fact, but something that helps remind them that you are a person having a personal experience of whatever the subject is, and not that you are trying to get them to change their minds. “I believe in the right to bear arms, but when I take my family to Florida and I see huge billboards of men who look like teenagers holding an AR-15, to advertise the local automatic weapon shooting range, my blood runs cold.”

A stands for ask.

This is pretty self-explanatory. You just want to keep it open-ended. “I can’t be the only one, can I?”

By which I mean, stop talking.

So that when they do open up, because you’ve been quiet and made the space for them to do so, you take in what they’re saying.

And then you repeat, and start again at Connect

Take something that they’ve just shared and use it as part of a new Connect statement. “That’s so funny to hear that that billboard makes you think of the movie Red Dawn.”

And then a new Relate

“It makes me feel better to know I’m not the only one, and even folks who grew up around guns have concerns about automatic weapons too.”

And so on and so forth. CRAWL works when you’re talking with anyone, whether they’re difficult, or the subject is difficult, or not. I use it all the time when talking to my kids, my husband, my parents… any time I’m having a conversation where I really want to connect with and understand where the other person is coming from.

The great thing about CRAWL is that you always know what do next. AND it frees you from trying to sway anyone else’s opinion. It’s about creating the space for sharing, and once you both understand each other a little more (and they’re understanding you because you’re relating your authentic experience) you get to collaborate on what to do about whatever you’re talking about, whether that’s what to do this weekend, or how to work toward some shared goal.

And, let’s be honest, there are some difficult people in your life who, I’m guessing, you try to talk to as little as possible. And I support you in this–if every interaction is upsetting and makes you feel uncomfortable, unseen, churned up, what have you, yes; maintain your boundaries. Which is what I’ll be talking about tomorrow.

And in the meantime, while you’re not talking, and this is someone who’s going to be in your life in some capacity for while, instead of just hating them and thinking they’re nuts or wrong for being who they are and thinking like they do, take a few minutes to walk in their shoes and remind yourself of what they care about, and why they care about it. It won’t do anything to change who they are, but if you can have empathy for them–which is the state of being able to understand what someone else is experiencing–it will help you not take whatever they’re doing or saying that’s upsetting you so personally. You’ll remember that it’s not that they think you’re a bad person, it’s that they’re trying to take care of something they value. And that will help you hear what they have to say differently.