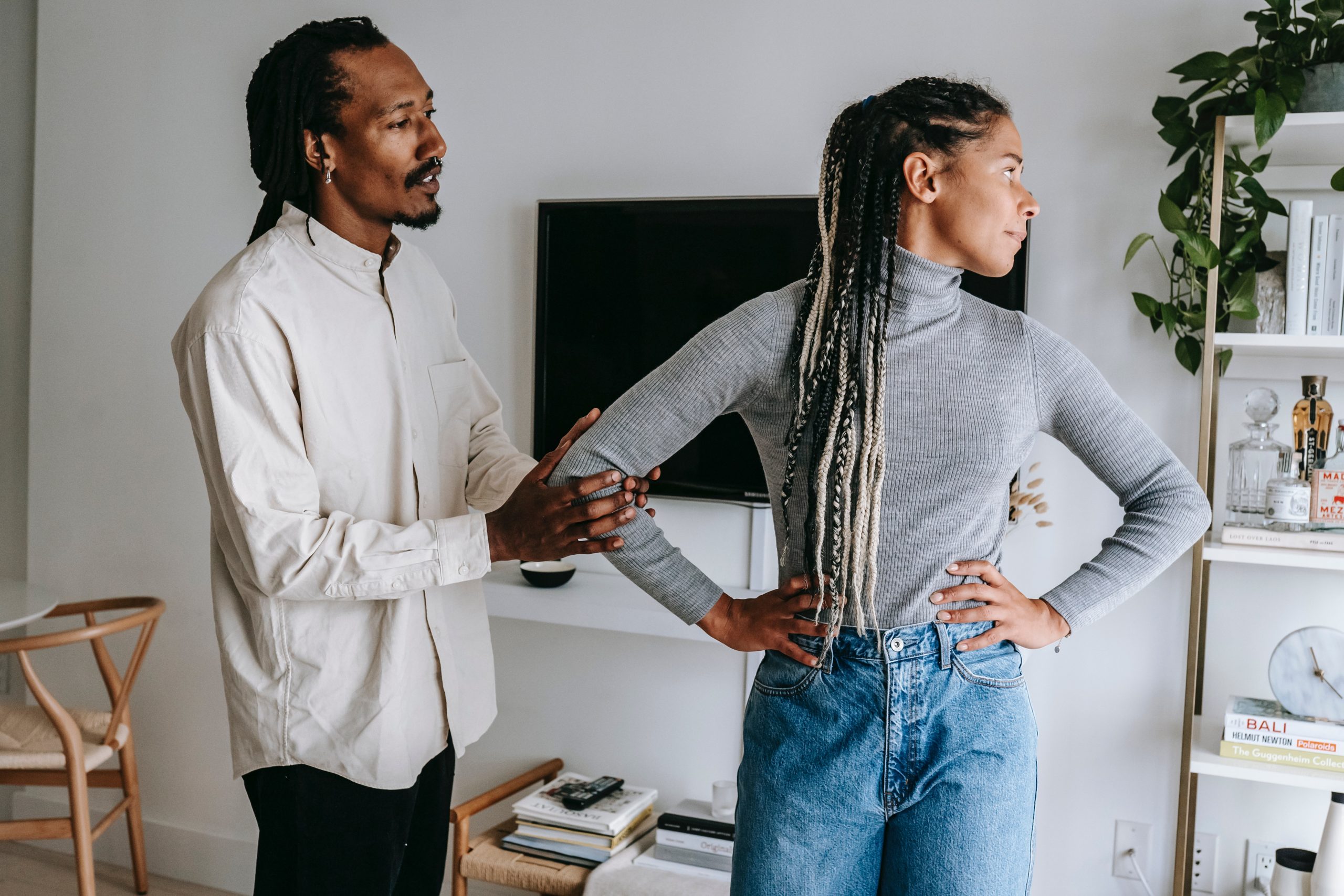 Today we’re talking about how to apologize. Because doing it, and doing it well, is how you take the high road. Apologizing frees you from feeling angsty about something you messed up on. It also helps repair a relationship. And it gives you a chance to model how you wish other people would act, which is super important, as the most powerful way we have to teach and to lead is by example. We can’t expect others to do for us what we ourselves don’t do for others, you know? In other words, apologizing helps you be the change you wish you to see.

Before we dive in, a quick story

Once, early in my career, I was in a group chat with my boss and another co-worker. And my boss was really pressuring me to do something that I didn’t want to do, which was go to a man’s apartment and interview him in person for an article. Looking back, this was a pretty creepy thing to have to do. And my instincts to not do it were spot on. When I said that I didn’t want to do it a couple of different times, my boss made it sound like I was being a chicken.

So I left the chat room in a huff. And he immediately called me and apologized. It was the first time I saw just how important a skill it is to be able to admit when you messed up and apologize for it. (As a post script, I ended up going to that man’s apartment for the interview, and he did end up asking me out. It wasn’t dangerous, but it was really fricking awkward. And there is the patriarchy in a nutshell for you. But, that apology from my boss let me decide to go and do the interview, and not a thing I was doing against my will.) 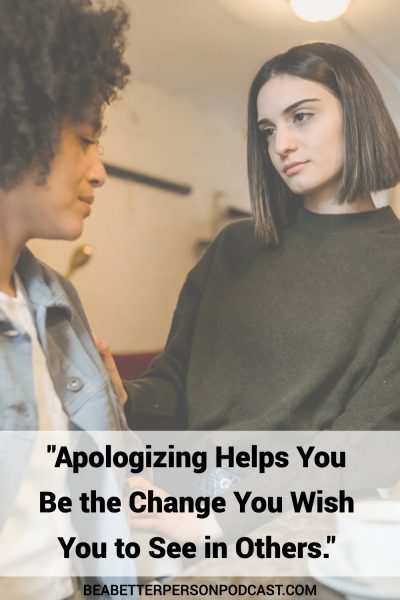 Learn how to apologize: A good apology is an admission that you got something wrong

Which might be an occasion for you to feel like a bad person. Just to be clear: Being a better person isn’t about being perfect. It’s about using mis-steps as an opportunity to grow.

When you’ve done or said something you wish you hadn’t, the best way to rectify it is to apologize. And a good apology has four main parts, that you can remember with the acronym:

Which doesn’t spell anything, lol. Sometimes things just don’t fall into cute containers, what can I say?!

The reason you validate first is that it will help them know that you are truly coming in peace and thinking about them–not just saying sorry to pay lip service. Validating someone changes the energy of any tough conversation and makes what comes next much more likely to be constructive, even healing. You do it by using phrases “I understand why you might be feeling…”.

Expressing remorse is where the words “I’m sorry” or “I apologize” come in, but you don’t have to don’t stop there.You can combine that apology with what comes next, which is

This is where you name the thing you did wrong. Here’s an example,  “I’m sorry I snapped at you, I was feeling super stressed about this deadline and I over-reacted.”

Honestly, owning up to your mistake is what makes an expression of remorse much more powerful.

That doesn’t mean you should take 100 percent responsibility for the entire situation. After all, it does take two to tango. So just to take ownership of your piece of it–bonus points for sharing how your piece of things made you feel. For instance, saying, “I feel bad that I upset you” or “I’m embarrassed that I over-reacted so strongly.” Doing so makes you a little vulnerable, but that’s a good thing, because in order to truly connect with another person, you have to let your guard down.

And the fourth component of a good apology, in my book, is a promise not to let it happen again. This is how you re-build trust, and show that you’re not thinking just about this particular instance, but about your relationship over the long-term. This is how you demonstrate your commitment to doing better. And it can be as simple as, “I won’t do it again.”

So, having just spent this whole episode laying out the 4 parts of a good apology, I just want to say that sometimes it can be as simple as, I’m sorry. I messed up. I feel bad. It won’t happen again. You don’t have to overthink.

Making a sincere apology can go a long way toward repairing your relationships. And every relationship will have its rough spots, and we will all make mistakes and do something that hurts someone else. It’s not about if it will happen, it’s about when. When you know how to repair with a solid apology, your bond will be stronger for it.

Saying you’re sorry can also release you from mentally raking yourself over the coals. So an apology is good for the person you’re apologizing to, and for you, too. It’s a win-win, and my goodness I just love me a win-win!

Your tiny assignment is to practice how to apologize–and because we are all making mistakes all the time I bet you can find an occasion to do it before you go to bed tonight (unless you’re listening to this while lying in bed, ha). Remember, VROP. Validate, remorse, own, promise. Practicing in a low stakes situation will help you build a muscle memory that will be easier to access when the stakes are higher.

Tune in tomorrow when I’m interviewing Morra Aarons-Mele, host of the Anxious Achiever podcast, about how to do the hard things when really you would rather hide under the covers.