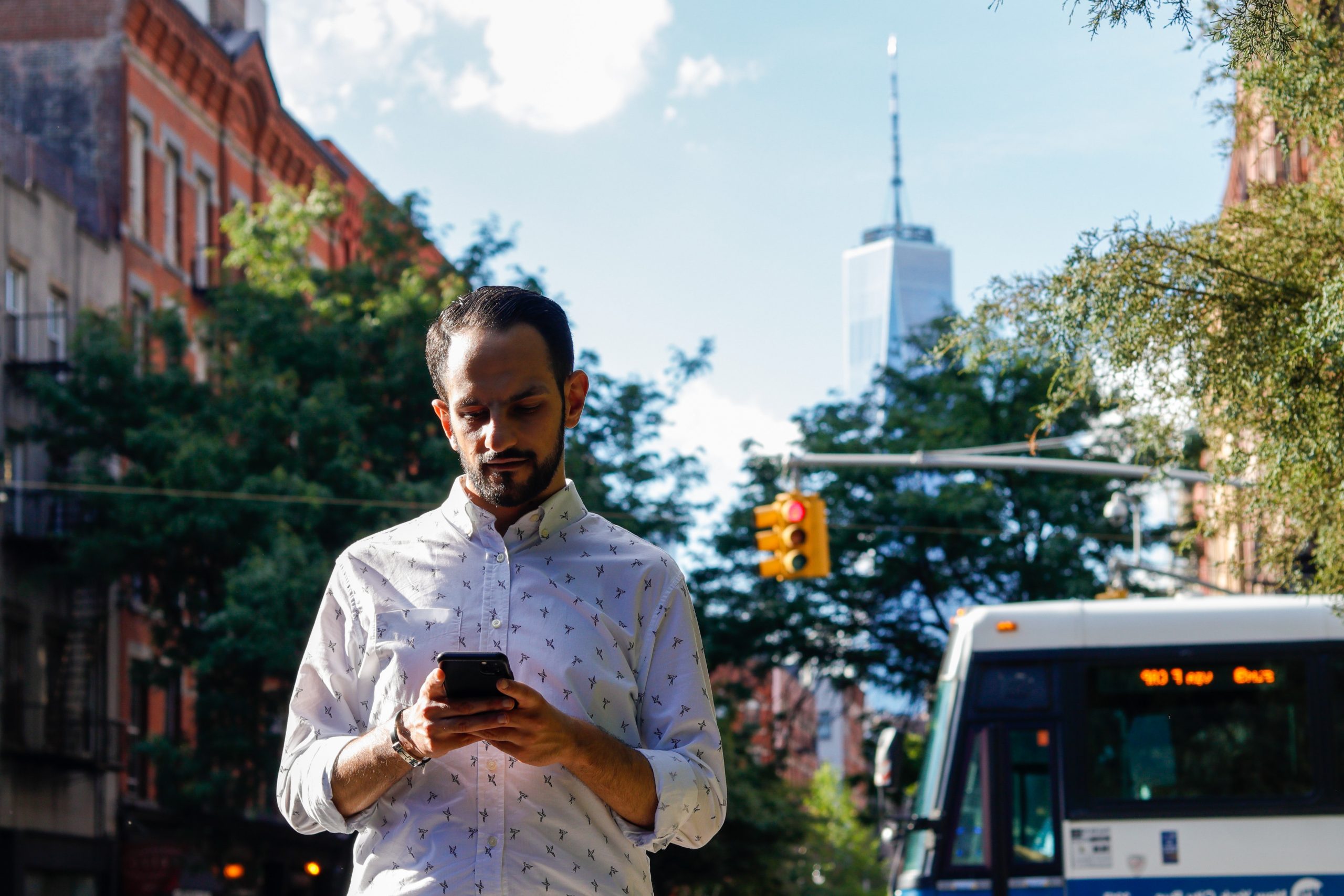 Our attention was already scattered before corona hit, but distractions have only amplified since. It’s a fact of life, and yet, there are things we can do to bring it back home. And one of those things is to minimize the number of distractions we’re exposed to on a daily basis by disconnecting from your phone. The practical step that will help us to achieve that, is to reduce the number of notifications we get on our phone by turning on the Do Not Disturb function. Because they are not helping us keep our attention contained!

I personally hear my phone dinging and can immediately feel my cortisol spike. It just sends a jolt through my nervous system. I wish we could go back to flip phones. Oh Lord help me, I really am sounding like an old timer. I did turn 50 this year, maybe I should just embrace it.

The most recent data I found said that the average American gets 46 notifications a day on their phone. But that was from 2017 and honestly, I feel like some days I get more than 46 text messages alone. And that doesn’t include notifications from apps, etc.

Benefits of Turning Off Notifications

I’ve found a really easy way to cut this number way, way, way down (while still letting in notification from important people), but before I tell you about that, I want to tell you a little bit about a study I found from researchers at Carnegie Mellon University about the benefits of disconnecting from your phone by turning off notifications for a mere 24-hour period.

But this study has a funny backstory. In 2015, they tried to recruit people who would agree to turn off all phone notifications for a week, but they got no takers. So they revised their parameters and asked people to only turn them off for one day. That was more doable, and they recruited 30 people to participate in what they called a “do not disturb challenge”. Then the researchers asked them how they felt immediately after that 24-hour period, and two years later.

As a whole the group reported a significant improvement in their ability to concentrate and a reduction in their overall stress levels when disconnecting from their phone. The day after the experiment, 22 out of 30 participants said they were re-thinking how much they wanted their phones to be part of their daily lives. But what I think is truly fascinating and awesome and hopeful is that two years later, 13 had reduced the number of notifications they let their phones send. Two years later! So maybe this little podcast episode you’re listening to right now will inspire a change that’s still got legs two years from now. A girl can dream, right?

Here’s a simple way you can drastically reduce the number of notifications you get on your phone every day by only adjusting one setting — the Do Not Disturb function on your phone.

Now, before you panic about disconnecting from your phone and that the people you love won’t be able to get through to you right away, I want you to know that you can customize it and decide which notifications you want to come through.

Briefly, on an iPhone, you go to settings, and then select do not disturb. You can schedule when you want it to be in effect—like, say, between 11 pm and 7am, or whatever bedtime stretch makes sense for you. That way you’re at least buying yourself a large chunk of uninterrupted time. But maybe, you can try Do Not Disturb at first for a full 24 hours. I’m just saying maybe!! It you’ve really been feeling like you’re all over the place–and who among us hasn’t??—it can be a great mental reset for you.

When you’re in do not disturb, you still get notifications on your lock screen, they just don’t make any noise that’s going to pull your focus away from whatever you’re doing. If you don’t even want to see them on your lock-screen, turn on the bedtime switch. You’ll still be able to see your notifications when you swipe down from the top of your phone so you can catch up when you choose to.

To let calls in from important people, choose favorite people from the Allow Calls from menu. You’ll have to make sure the people you want to hear from are in your favorite contacts. You can also allow calls from repeated calls, for anyone who calls more than once (as people often do in true emergencies).

To let in text notifications from certain people, you have to go to their contact info in your contacts list, select edit, then text tone, and then choose “emergency bypass”. It’s not as simple as just putting yourself on Do Not Disturb, I realize, but once you do it these folks will always give you a notification when they text you. We’re still talking only 2-3 minutes, all told.

On an Android phone, you again start in settings, but then go to the sound menu and select do not disturb. There you can select exactly what you want your phone to do in terms of lighting up or buzzing in the sound, vibration, and visuals menu. You can also choose whose calls and texts you want to come through in the Exceptions menu (although they too will need to be favorited). And you can schedule your do not disturb time here too.

So that’s your tiny assignment: to set up your do not disturb function on your phone. You can make it a one-time experiment–maybe just for the two hours this afternoon when you really need to kick out some jams, or you could schedule it to occur every night between 10 and 7 (or whatever interval feels right to you). This is how you start to exert some control over something that might otherwise feel like something you just have to adapt to, and you’ll feel so much better after disconnecting from your phone for a few hours.

Remember those study participants who did it for a whole day, nearly half of them had stuck with some of the changes they made to reduce their notifications two years later. And they could concentrate better and had less stress. You can do this. I can do this! Go get it set up on your phone and then come to my Twitter or IG and let me know you did it so I can high five you. Not that you’ll see my response right away, ha, but that’s OK. It’ll be there waiting for you when you do decide to check in.

Be sure to come back tomorrow, when I’m talking to the fabulous Paula Rizzo, author of Listful Living: A List Making Journey to a Less-Stressed You, about how we can stay focused on what matters despite the many things we have to distract us.