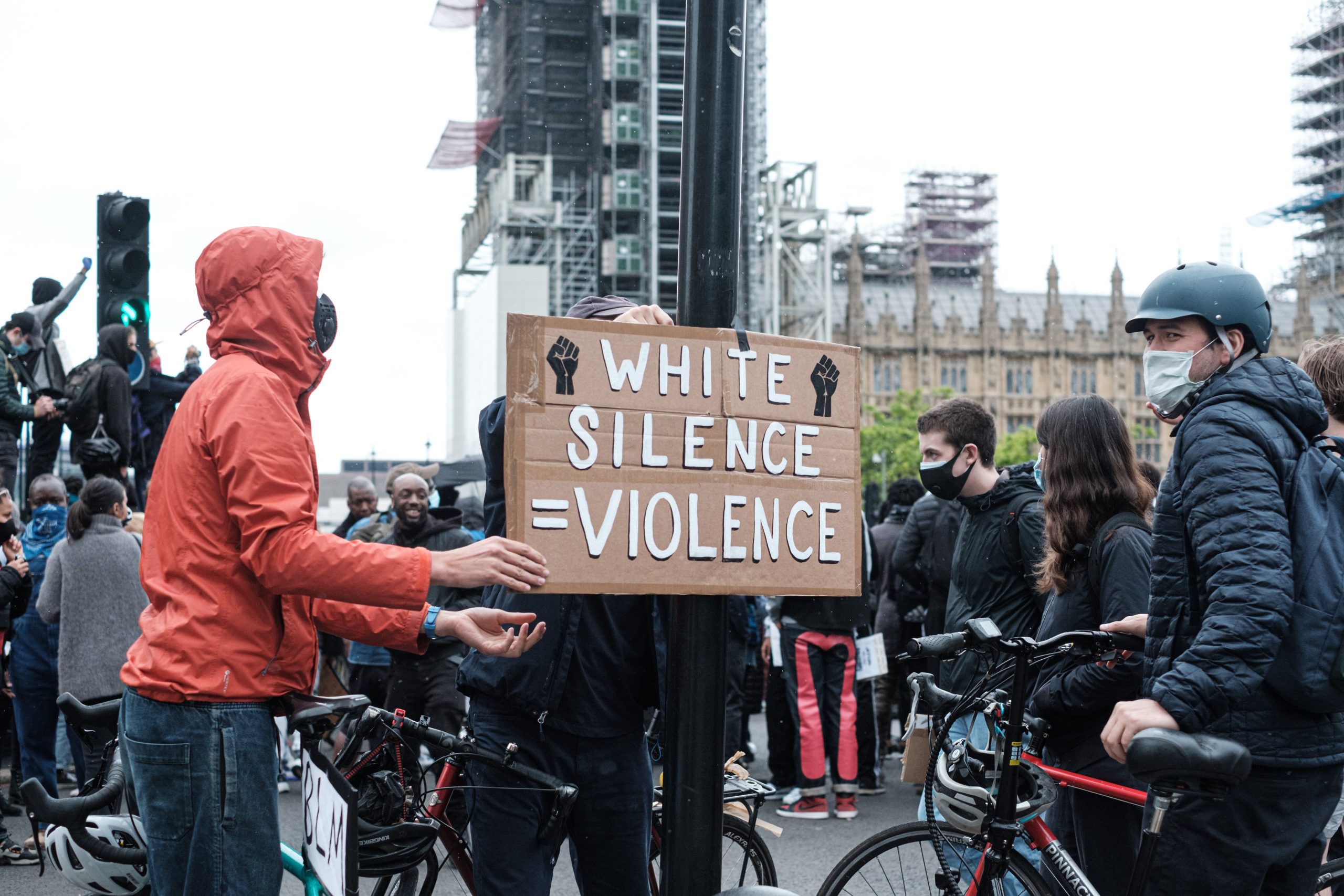 A huge, monumental piece of the inner work that it will take for white people to truly become anti-racists, both in their own minds and out in the world, is getting more comfortable with messing up. This serves us in all areas of our lives. But especially when it comes to being more open and engaged in confronting and dismantling racism.

Really, when it comes  to anything regarding race, messing up isn’t new. We have been messing up individually our whole lives, because microagressions are real. You may not have realized that asking to touch a black person’s hair is out of line. Or mispronouncing a name, or if you’re a teacher reprimanding a black kid for something that you wouldn’t even acknowledge in a white kid. It’s the realization that we’ve messed up that’s new here. And anything that’s new means it’s unfamiliar, and unfamiliar typically means uncomfortable.

Listen To the Podcast Here

And, let’s face it, as white people, we are not all that used to feeling uncomfortable. We generally don’t have a lot of musculature built up around doing something that’s perceived as wrong. And this is where white fragility comes from. As a product of our whiteness and the privileges it affords. We’re so used to always being right without even trying that when we get called out for or have a moment of personal realization that we’ve done something that’s harmful to someone else, we take it hard. We get defensive. Maybe we get angry, maybe we cry.

We just can’t handle the idea that we could be doing or thinking or acting out something that’s wrong, in that it causes harm to others. Whether that harm is unintended or not. Black people are exhausted not only from the microaggressions that they endure, but also from trying to get us to see those microaggressions.

It’s like when you tell a toddler that she needs to pick up the toys that are strewn on the floor and she says “I didn’t do it!” and then proceeds to have a meltdown. After that happens day in and day out, wouldn’t you be exhausted? Wouldn’t you just rather pick up the damn toys yourself than have the battle that frays your nerves again?

Being OK With Messing Up

No matter how well-intentioned you are, no matter how passionately you feel about dismantling racist systems and making our country an equitable place for folks of all races, no matter how hard you try, you are going to mess up. You are going to say something that’s going to raise the hair on the back of someone’s neck. It is ok. Apologize, but don’t make it about you. Own your mis-step and move on. There’s always another chance to do better.

I recently read a post on Medium by Melissa De Pino. The white woman who, in 2018, shared a video of two black men being arrested in Starbucks on Twitter for waiting for a friend to show up before ordering their coffees. It was retweeted 150,000 times. Even though Melissa was trying to do the right thing by shining attention on a racist arrest, she found herself in the middle of a firestorm. She wrote in her recent post that she was, quote, overwhelmed, confused and ashamed, to say the least, end quote.

It made her realize that speaking out against racism wasn’t as clear cut as she had thought, and it got her to really start to educate herself on what it means to be white–something she’d never thought about before. She ended up co-founding the organization from Privilege to Progress with Michelle Saahene, a black woman who was also in that Starbucks and was the first to speak up. I think it’s a great example of how, even when we’re well-intentioned, white people can get in over their heads and we have to just do it anyway.

Accept Your Mistakes and Keep Growing!

The way out of any embarrassment or shame or frustration it leads to is to keep going on our journey to being an anti-racist. Messing up is necessary for growth, so please don’t let the fear of doing something wrong keep you from growing. I’ve probably messed up multiple times in this episode… I just don’t see how I can run a podcast called How to Be a Better Person without talking about racism, so I have to try to do my best and challenge myself to be more thoughtful and know that I’m probably going to get some of it wrong. What’s that book title, feel the fear and do it anyway. We can do this.

Your tiny assignment is just to notice what happens the next time you mess up. This could be in any part of your life. Where do you feel it in your body? Is it a pit in your stomach? Confusion in your brain? And then what do you do? Do you try to ignore it and move on? Should you address it? Do you agonize over it? You can’t change a habit you don’t know you have. Once you see what your default is, you’ve got a benchmark, a starting point. You can start to experiment with different responses and compare it.

This is an intense time on multiple levels. If you’d like a little handholding and direction on doing the things that help you stay grounded (and not freaking out), I’ve got a gift for you — I compiled all the tips I covered in my 21 Day CAlm the Eff Down challenge that I ran here on the podcast starting in late April into a mini ebook that you can download FOR FREE.