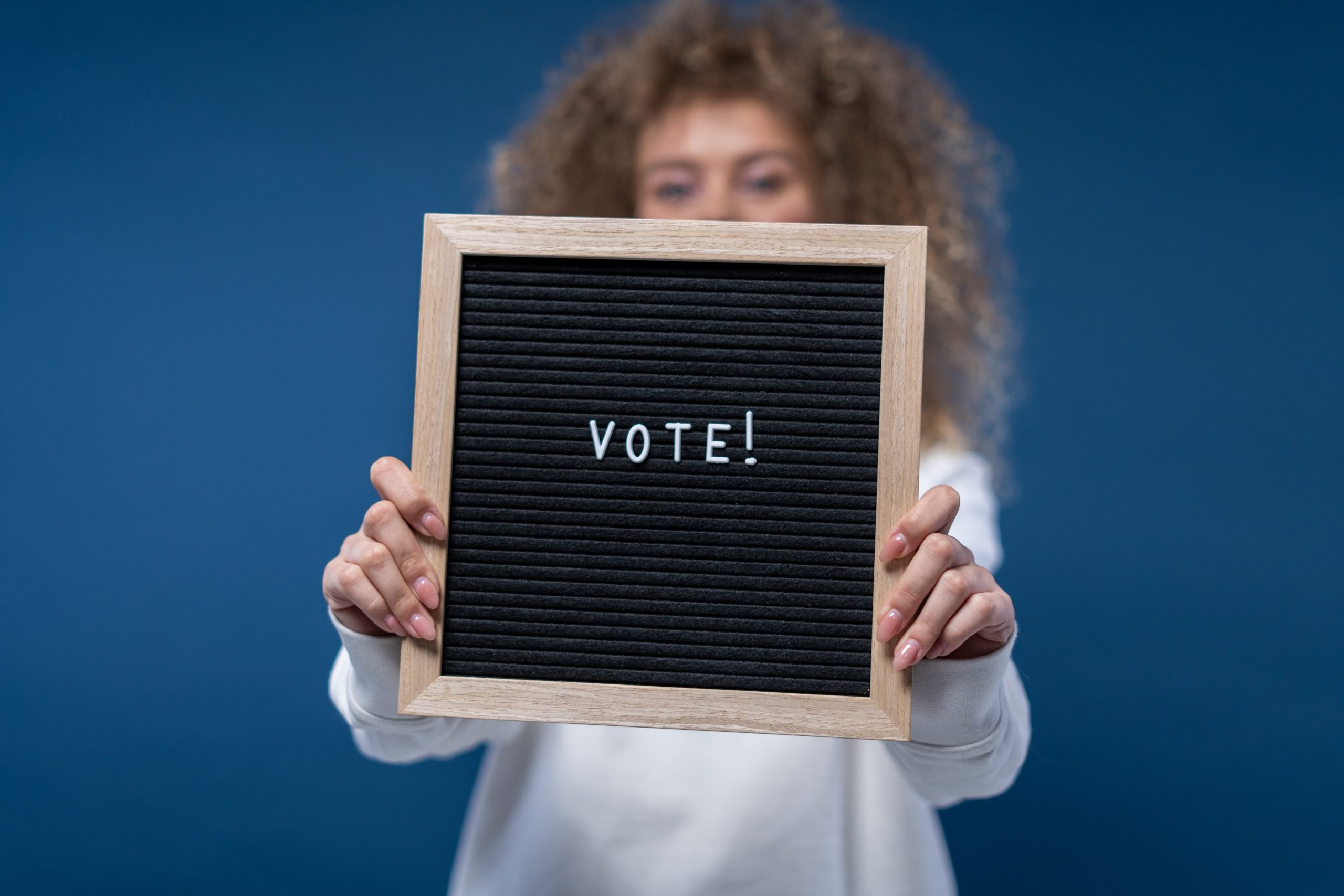 This week on the podcast, in honor of Election Day, I’m talking about how to be a better, more engaged citizen. Most of us know it’s important vote in our presidential elections, but those only come around every four years. And there are so many more opportunities to influence your state and local government for the better.

Today’s big idea is to take a look at what citizenship even means. Because how can you aim to get better at something if you’re not sure what it is?

The duties of being a citizen include:

Participating in your community.

And staying informed about political developments.

Now, I’m assuming that you know how important it is to vote–and that you’ll be voting on your local elections tomorrow, November 2! And that you pay your taxes and obey the law. These I think are givens.

But where I think a lot of us might need a little encouragement are those last two. Participating in your community, and staying informed.

Because I think a lot of us think, I pay my taxes, I don’t get in trouble. What more do you want from me?

Which, I get. So many of us are leading busy lives and have ourselves and our families to take care of. It can feel like we don’t have much more bandwidth. So I hope this week of episodes will help inspire you to find that bandwidth, if you haven’t already, to engage at least a little bit with one of the areas of public life. Whether that’s education, or government, or business development, or your  neighborhood association, or what have you.

Democracy is, after all, government by the people and for the people. You are those people. And without your engagement, the government and our society doesn’t work as well as it could, or as it should.

We are in this life and this society together. Let’s make sure that the word “together” includes you. I promise, the ideas I’m sharing this week are not hard. I’m not imploring you to run for office. Or to join the parent teacher association. Or make a big commitment of time or money–although if you do get inspired to do one of these things, great! I support you. But the truth is, if we all get engaged just a little bit more, it adds up to a lot of benefit.

Before I share your tiny assignment, I just want to say that it is never too late to get more involved in your role as a citizen. And that if you haven’t paid it much attention before, you’re certainly not alone. Also, citizenship, like so many things, is a practice.

“No one is born a good citizen;

no nation is born a democracy.

Rather, both are processes

that continue to evolve over a

So if this is new territory for you, welcome to the club.

As a teenager and young adult, I got my exposure to the news through pop culture, with shows like The Day After about the hypothetical fallout of a nuclear war, or the Hunt for Red October, or watching Bill Clinton play saxophone on the Arsenio Hall Show. I was blissfully, and privilegedly, ignorant of politics, and not very impressed by the aspects of citizenship that I was aware of at that time. Getting taxes taken out of my first paychecks really hurt, and I felt like my vote didn’t really matter, and really didn’t understand the difference between Democrats and Republicans.

The first thing that woke me up was the Gore/Bush election, with the hanging chads. I got excited about the presidential primary where Obama and Hillary were on the ticket–the thought of electing a first to the position was thrilling. Once Obama was elected, I felt I could check out because a politician I believed in was in office. I first got involved in a campaign–for Hillary Clinton, when she ran against Trump and then once he was elected, it shifted me into a different gear. Yes, I was one of the women in a pink pussy hat at the Women’s March and that was really a transformative moment for me. Seeing how many other people were upset and angered helped me see how each of us has a role to play, and that showing up matters, and I felt the power of the collective.

Since then, I’ve gotten a lot more involved in my city and state governments and in my kids’ schools

And I’ve found it just incredibly rewarding to feel like a part of the process. The thing is, when you engage, it’s not about trying to get your way. You actually come into direct contact with people who have different ideas and priorities and points of view, and it makes you appreciate just how miraculous society is. It informs and deepens your thinking. And it helps you meet more people in your community, and that connectedness only feeds your inspiration to do more. When we all pitch in, no one person has to do too much, and we all have an important role to play.

Your tiny assignment is simple, and it’s just to think about any and all ways you participate in public life and the responsibilities of citizenship currently. Seeing what you’re doing now will help you think more consciously about how you might be able to do more, according to your interest and your bandwidth, of course.

Over the course of this week, I’m going to be sharing really simple, doable ways to be a more engaged citizen, no matter how busy you are. I’ll be talking about why it’s so incredibly important to support local journalism, and how to do it, how and why to communicate with your elected officials, and how the thing that used to get you in trouble when you were in school could be just the thing that will help strengthen democracy. And I’m interviewing someone who has inspired me to become more active in democracy, my city councilperson and candidate for mayor here in Providence, Nirva LaFortune, for her perspective on why it matters so much for everyday folks to participate more in their local government.

Talk to you tomorrow!