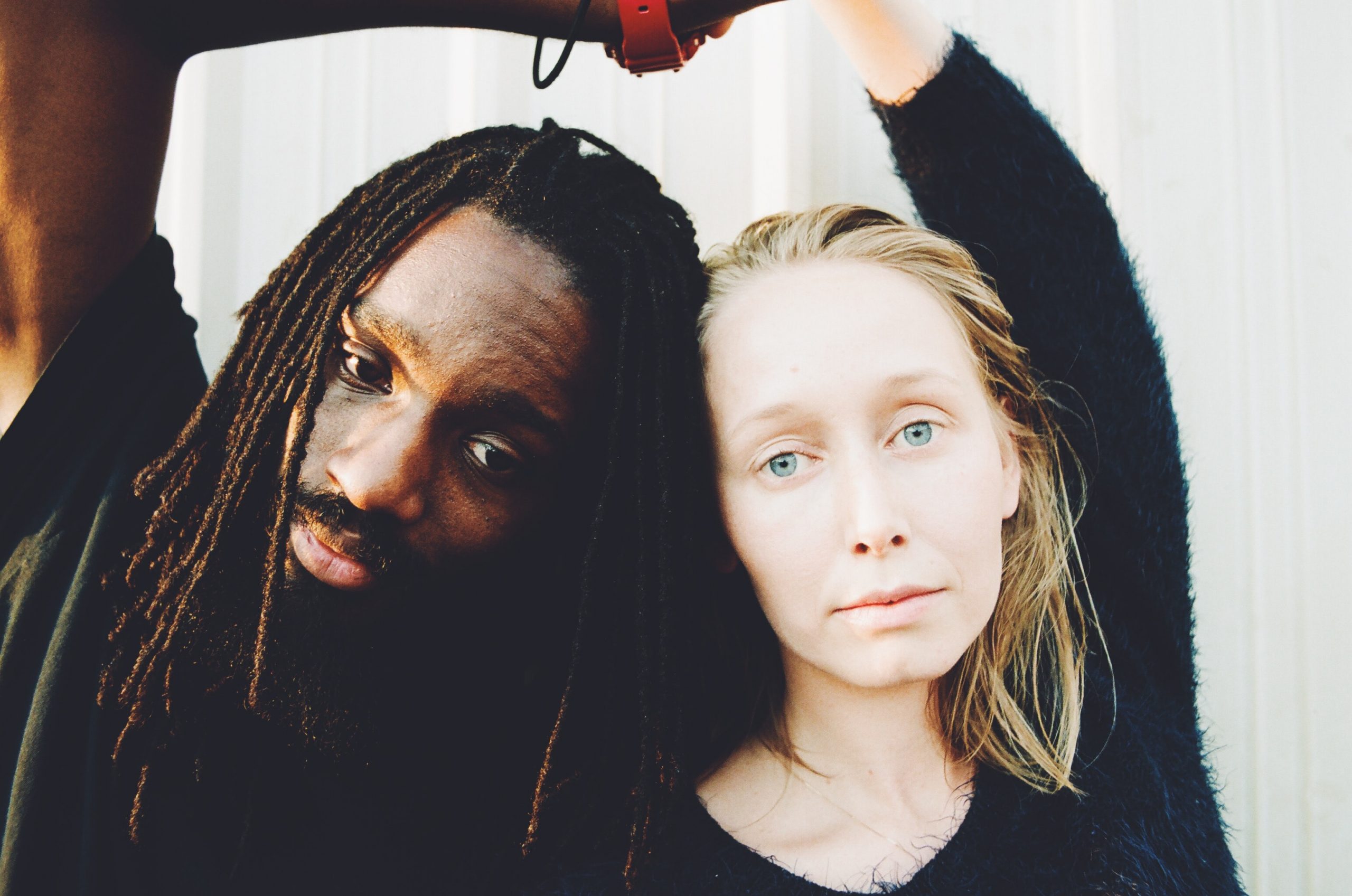 Who would have thought that if I wanted to become a better person on race, I’d have to suspend a little ‘ole Facebook ad campaign four days after I started it? I wanted to whine about it a little, because I’m really focused to spreading the word about my podcast. But these are difficult times and racial injustice is swirled in it. Yes, we’re fighting a pandemic and economic distress but this also the perfect time to become a better person on race.

So why did I stop my Facebook ads? Because the world is waking up to hate speech and Zuckerberg and friends help perpetuate it. A petition called Stop The Hate for Profit attracted major corporations and little folks like me who want to stand in solidarity against racial injustice.

I don’t think Facebook is too worried about losing me, but part of my ongoing quest to become a better person on race means I have to do what I can. The challenge I want you to consider is to become a better you on race along with me. Moments in history arrive when least expected (like during a pandemic??) but when they do, if we want to see the world become a better place, we can join the effort and do our part.

In today’s society, no matter how well-intentioned you are, no matter how passionately you feel about dismantling racist systems and making our country an equitable place for folks of all races, no matter how hard you try, you are going to mess up. You are going to say something that’s going to raise the hair on the back of someone’s neck. It is ok. Apologize, but don’t make it about you. Own your misstep and move on. There’s always another chance to do better.

Start small (finishing this post and sharing it with others is an act of solidarity, for example). But let’s start.

5 ways to become a better person on race

It’s been several weeks since the protests began, and hundreds of years too late. Let’s pray this time the world will finally realize and accept that Black Lives Matter, period.

You may be thinking, “Yes, I agree and want to do something, but should I really go to a protest when social distancing is more important than ever?” I’ve read the articles about how the Spanish Flu came roaring back after everyone gathered for parades in Philly. In no way do I want to wade into any kind of crowded situation, even if it’s outdoors. And yet, the continuing violence against black people cannot stand, and if it’s going to end white people have to be part of the solution. 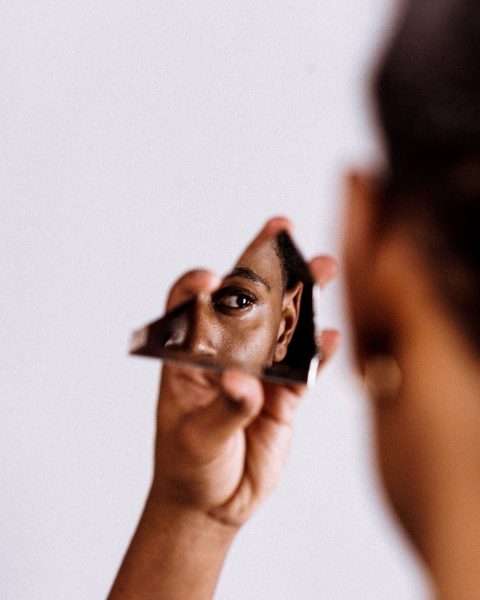 Fear not. There are many other ways to get involved besides protesting, things you can do right now, in fact:

Now that you made it past the first five, check out this list of another 97 Things White People Can do for Racial Justice. Day by day, learn more, do more and make this a part of who you authentically are and what you care about in the world.

Go beyond to become a better person on race

Each of us has to take responsibility for our own education about the issues we care about. When it comes to racism, frankly, white people are playing catch-up. We may know deep down that racism is wrong, that it hurts innocent people, and that we have to help make it stop, but racism has a long history and a lot of nuances and manifestations. So many aspects of racism are just not in your conscious awareness if you are white because you haven’t directly experienced it. That means there’s a lot about the state of the world and racism’s place in it that white people are ignorant about.

It’s kind of like after Trump got elected, and white people were crying at the bus stop the next day. I felt this way–I was shocked. It was just so hard for me to believe that that many people would vote for a president who was so clearly racist, with his awful remarks about Mexican people and his Muslim travel ban–and that doesn’t even include his comments about women. I just didn’t get it, and learning that 53% of white women voted for him blew my hair back and felt devastating. Yet when I tuned in to the reactions of the black community, I could see that they were rightly rolling their eyes at my middle-aged white lady upset, saying, how could you not see what we experience every day?

It reminds me of a horrible movie (so horrible it was actually kinda good!) I watched one Saturday afternoon long before the days of streaming video. It’s called They Live, and it starred Rowdy Roddy Piper. He plays a guy who discovers a box of sunglasses in a random attic that, when he puts them on, allows him to see that half of the people walking around the streets are actually robotic aliens in disguise. That’s us as we become better people on race– like white people are collectively putting on their racism-detecting sunglasses.

A natural response to having your awareness raised is a desire to catch up on everything you missed. It’s honorable to want to know more about what’s been going on that you haven’t seen. Here’s what you can’t do: ask a person of color to fill you in. Because they have been swimming in it. They are exhausted by just living in it every day. It’s not their job to bring you up to speed. It’s yours.

But your education is here, at your fingertips, a click (or many clicks) away.

Educate yourself to become a better you on race

Here’s a great article from Michele Benoit-Wilson, MD, To White Parents Who Want To Be Allies At This Time. Dr. Benoit-Wilson, a black woman, shares how different our life experiences really are with a story about how she forgot her watch at the pool one day, and by the time she realized it the pool had already been closed. Her white friend told her to simply have her kid hop the fence to retrieve it; her response was “I’ll wait. My black child will not be doing that.” The thought of having her child be suspected of doing something suspicious regardless of what they are doing terrified her, even though she was with him at the time. As a white woman, this thought would never have crossed my mind.

There are so many things white people just haven’t seen. And the truth is, education takes effort. It’s definitely work, and sometimes it feels like hard work.

I read the book White Fragility last year when I was reading a book a week. It’s not a very long book, I thought I’d breeze through it. It took me two and a half weeks to read because it was such a noodle baker, pointing out things that have been hiding in the crevices of my brain. I’d have to go back and re-read and then stop and put the book down as I remembered scenes from my life that all of a sudden I was seeing through a different lens, and it wasn’t pretty. So there was a cognitive effort, but also emotional work to process the feelings of guilt or shame or embarrassment that came up.

But it’s also worthy work–work that will make you a better person and help you make the world better. As a white person, it’s your privilege that you can decide when to put the sunglasses on and take them off. People who aren’t white don’t have that option in America. Please, let’s put them on and keep them on for lasting change.

I love a list of books a teacher friend of mine recently posted. As Albert Einstein said, “If I had an hour to solve a problem, I’d spend 55 minutes thinking about the problem and 5 minutes thinking about solutions.” Please take the time to even read one of these (see books covers and the reading resource links below)–after all, If you’re not part of the solution, you’re part of the problem.

”In a racist society, it is not enough to be non-racist, we must be antiracist” Angela Davis.

Not into reading? Here’s an amazing podcast Brené with Ibram X. Kendi on How to Be an Antiracist

For more information check out this extensive list of other resources compiled by Sarah Sophie Flicker, Alyssa Klein in May 2020.

This document is intended to serve as a resource to white people and parents to deepen our anti-racism work. If you haven’t engaged in anti-racism work in the past, start now. Feel free to circulate this document on social media and with your friends, family, and colleagues.

Here is a shorter link.

Films and TV series to watch:

More anti-racism resources to check out: 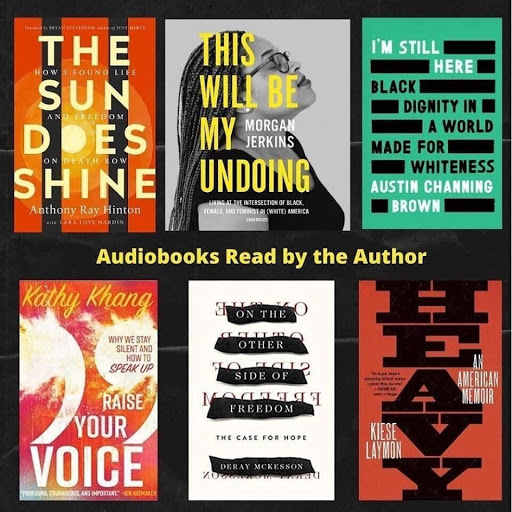 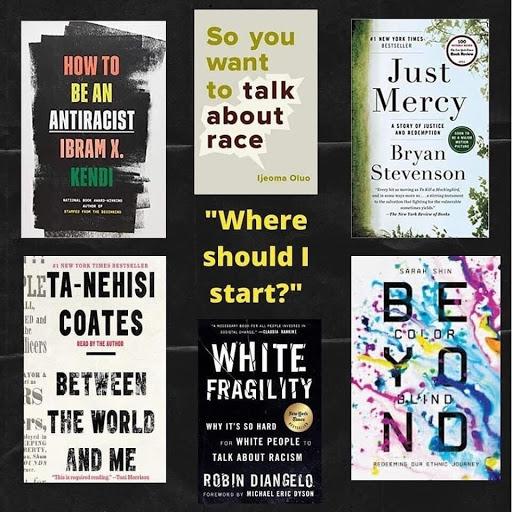 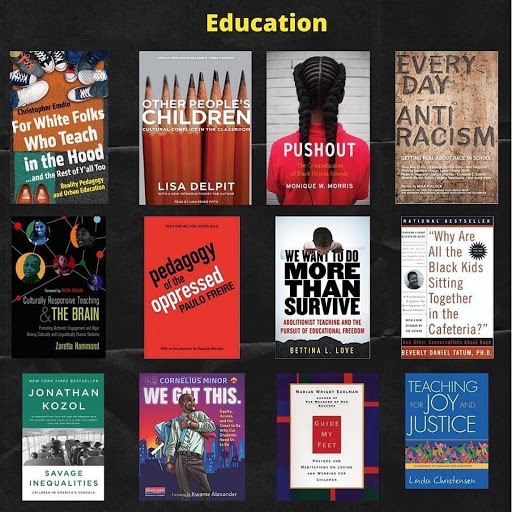 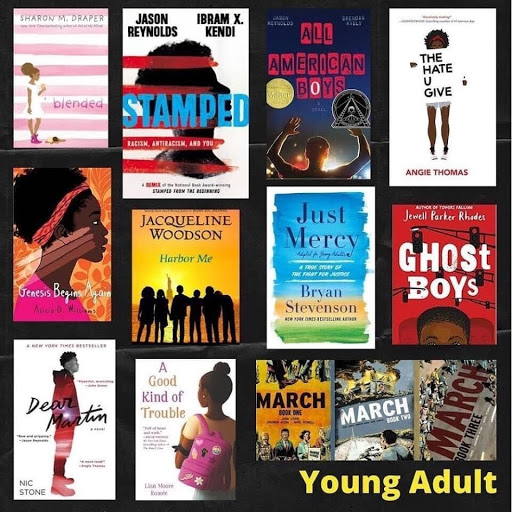 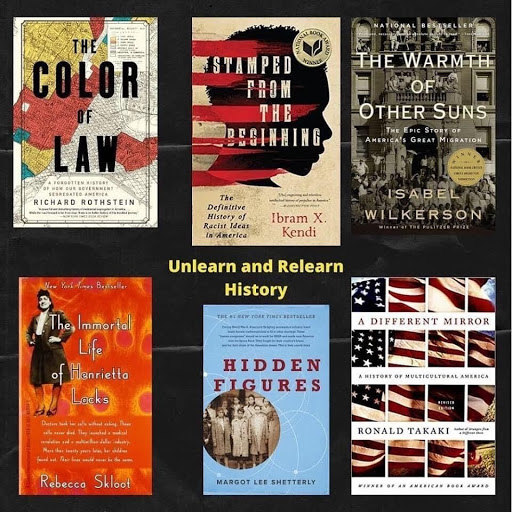