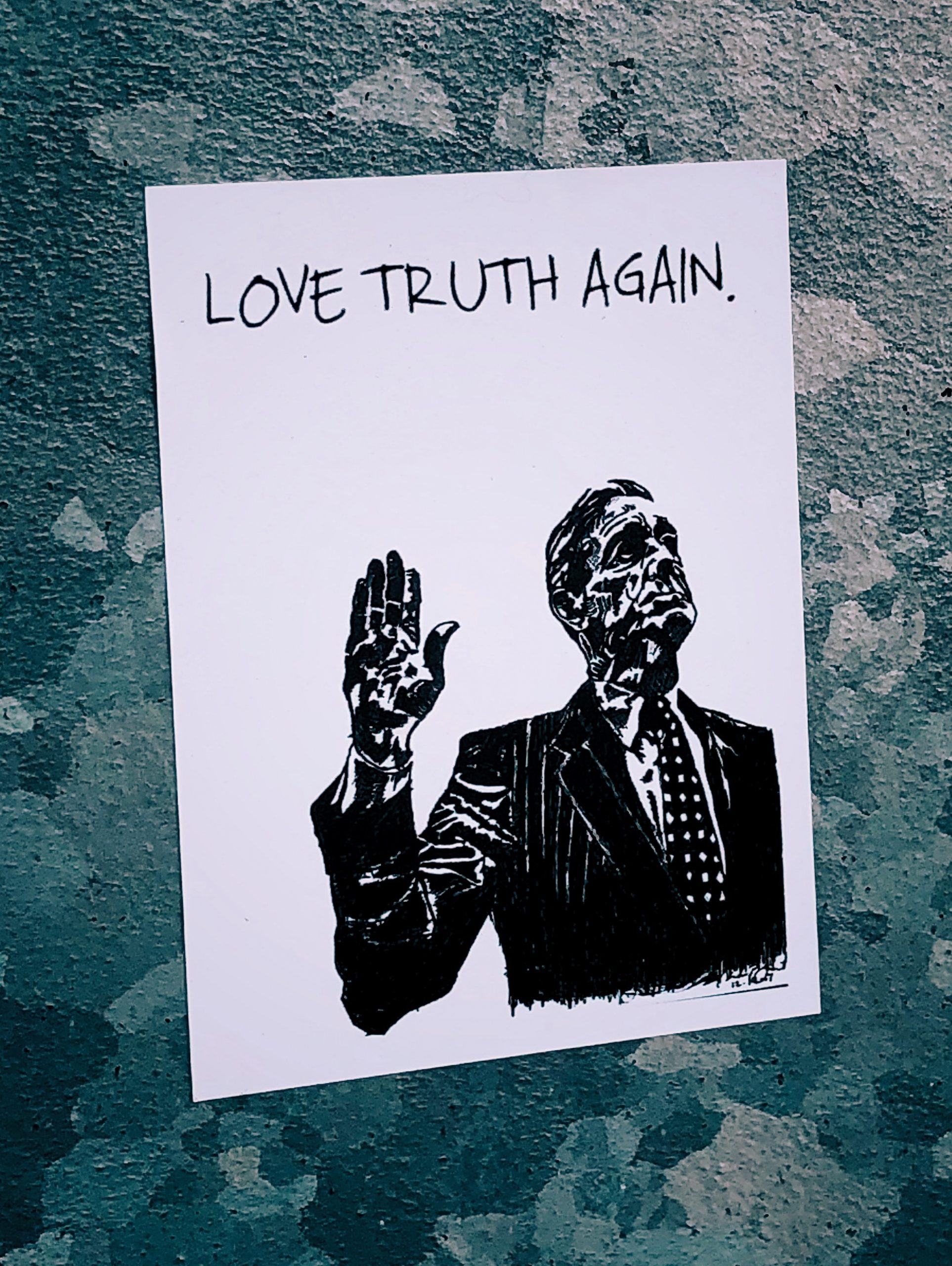 Today we’re talking about how to be honest but don’t be a jerk about it,  inspired by a great book I read recently called Would I Lie to You? By Judi Ketteler.

Specifically, I’m talking about how to find the right balance between being truthful and being kind. Because it’s not always easy to find. And sometimes it feels downright impossible.

Honesty is a really complex subject

On the one hand, we prize it. As evidenced by sayings like “honesty is always the best policy.” I mean, it is important to be truthful and therefore trustworthy. But honesty just for honesty’s sake can sometimes be mean. Like if a friend gets a new haircut that she clearly loves and you don’t; saying, “I think your hair looks terrible” really isn’t the kind thing to do. On the other hand, sometimes being honest is the only kind thing to do. Like telling someone they have spinach in their teeth.

It’s just that there are so many situations in between these two clear extremes where you can wonder what the right thing to do is. I’m guessing you’ve been there. That’s why I especially loved one of the honesty principles

Judi shares in her book, which is:

Be honest, but don’t be a jerk

Just this week, my 12 year old daughter had a situation where a kid at her school had developed a massive crush on her. Bless his heart. He does not yet know how to express his like in an appropriate way. In fact, some of things he’s said to her are downright inappropriate. Just take my word on this. He had already asked her on two different occasions to be his girlfriend, and she’d dodged the question, because it was awkward and she didn’t want to be mean. But then he texted her one night to say he had something he wanted to ask her the next day at school.

Thankfully, and I am so so so thankful for this, she talked to me about what had been happening and how she realized she needed to tell him no once and for all. We were up late that night considering all the factors. He says inappropriate things. He makes her feel uncomfortable. He’s not responding to her clues. He’s also dealing with some tough stuff in his life. Then we talked through what she really wanted to say to him. She said a few different versions. There was one really mean and angry version, which, since she was telling it to me in privacy with the intention of giving her more heated emotions an outlet, she was perfectly entitled to. She landed on something she felt good about and we went to sleep. She was prepared to be honest, but not a jerk.

The next day, he asked her to be his girlfriend again

She told him that she’s not interested and that he’s making her uncomfortable, and to not ask her again. These were totally true, and yet they didn’t get into what kind of a person he was or wasn’t. And while I’m sure it was hard to hear for him, it was ultimately, hopefully, kind. because if she just yelled at him, he’d write her off as crazy and probably not do any self-reflection. And if she dodged him again, he wouldn’t have an occasion to re-evaluate his approach.

It’s not to say it wasn’t agonizing or worrisome and who even knows what the long-term shake-out will be, but in these moments where you have a hard truth and you’ve got to figure out whether to tell it and if so, how, it’s so helpful to have some guidelines.

And be honest, but don’t be a jerk, is a really, really helpful guideline to have.

A couple other guidelines are to remember that there’s a time and a place for everything—in her book Judi shares the example of telling someone who’s about to walk on stage to deliver a speech and confesses that they are nervous isn’t the time to tell them that you don’t think they’re ready. That time would have been the day, when they would have time to practice more.

Also remember that there’s a gift in being clear.

A lot of coaching, explaining, and maybes will only confuse someone. Paradoxically, it’s often the most empathetic thing to be direct, so long as you keep your directness focused on the facts and the situation, not the personality of the person you’re talking to. So you say, “This situation is making me uncomfortable.” Not “You’re creepy.”

As for making sure that you’re not being a jerk part, here’s a hint for you:

If you feel tempted to say, “Hey, I’m just being honest,” you’re probably being a jerk.

You’re using phrases like “you always” and “you never.” These generalizations are rarely true and are targeted more at the person’s character than their actions.

My coach who taught me how to be a coach and was my mentor for years explained it this way:

Imagine that you’re telling someone you trust and respect what’s really going on — the way you would present it to that person is often the capital-T truth, and prevents you from getting into personal attacks, blame, or criticizing.

I’m never going to be able to break down the entire subject of honesty in five minutes. If you want a deeper dive, pick up, Would I Lie to You, by Judi Ketteler. It’s available on Amazon and wherever books are sold. You can also ask her a question about a sticky situation where you aren’t sure how or even if you should be honest by going to her website, https://judiketteler.com/. And look for the Ask the Honesty Coach link.