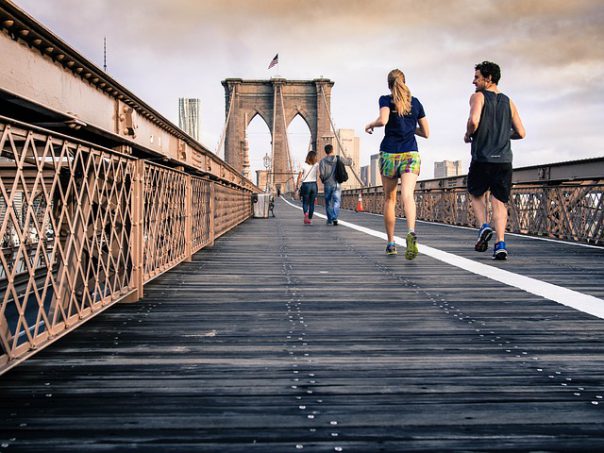 When I was a kid I spent many summer days at the pool with my cousin, Joanie. Joanie was a real jump in the deep end kind of kid. She didn’t care how cold the water was. She would throw her towel down, kick off her flops, walk over to the side of the pool and promptly plop in. I, on the other hand, moved at a different pace. I put down my stuff, kicked off my flops, and walked right over to the steps.

And I would stand on the first step and if it was cold I would get back out. Seeing Joanie splashing around would make me want to get in, so then I would go two steps down. I needed to acclimate. It typically took a full five minutes to fully immerse myself.

Which one of our approaches was better?

Neither. Everyone has their own pace. YOU have your own pace. But if you’re anything other than a speed racer, you might be feeling bad about your natural rhythm—perhaps even to the point that you haven’t fully admitted what it is. It makes sense, because there’s a real focus on speed in most things self-help related, a la “thinner thighs in 30 days,” or “how to build a six-figure business in six months.”

Not only is there no shame in knowing and honoring your own speed, there’s power in it.

Whether you are a low and slow kind of person or you are more of a house on fire–or somewhere in between–every mode has its strengths and weaknesses, its benefits and drawbacks. If you’re a fellow tortoise like me, then you can feel good about the small steps you take every day, knowing that that’s how you get where you’re going. If you’re a hare, you’ll know that it will be important for you to have some days just to rest so that you have the energy to keep going.

Knowing your pace means you’ll also know what you need to play with in order to potentially expand your capabilities, meaning if you’re a slow-goer, you can challenge yourself to see how much work you can get done in a day or certain number of hours just to build your speed muscles a bit. And if you’re a hare, you can challenge yourself to really take your time on something that’s important and not rush through it just because you can.

Where do you fall on the tortoise-hare spectrum?

If you don’t know, think about how long it generally takes you to do things, like finish a book, complete an online self-paced course, or start working on an idea that you’ve been talking about. Also, what irritates you more—when someone tells you to slow down (hare), or when sometimes tries to hurry you along (tortoise)?

Discovering, accepting, and working with your natural rhythm helps you stop comparing yourself to other people or to how you thing things “should” work. It is freeing to know that here is no one right way. There’s only the one that works for you.