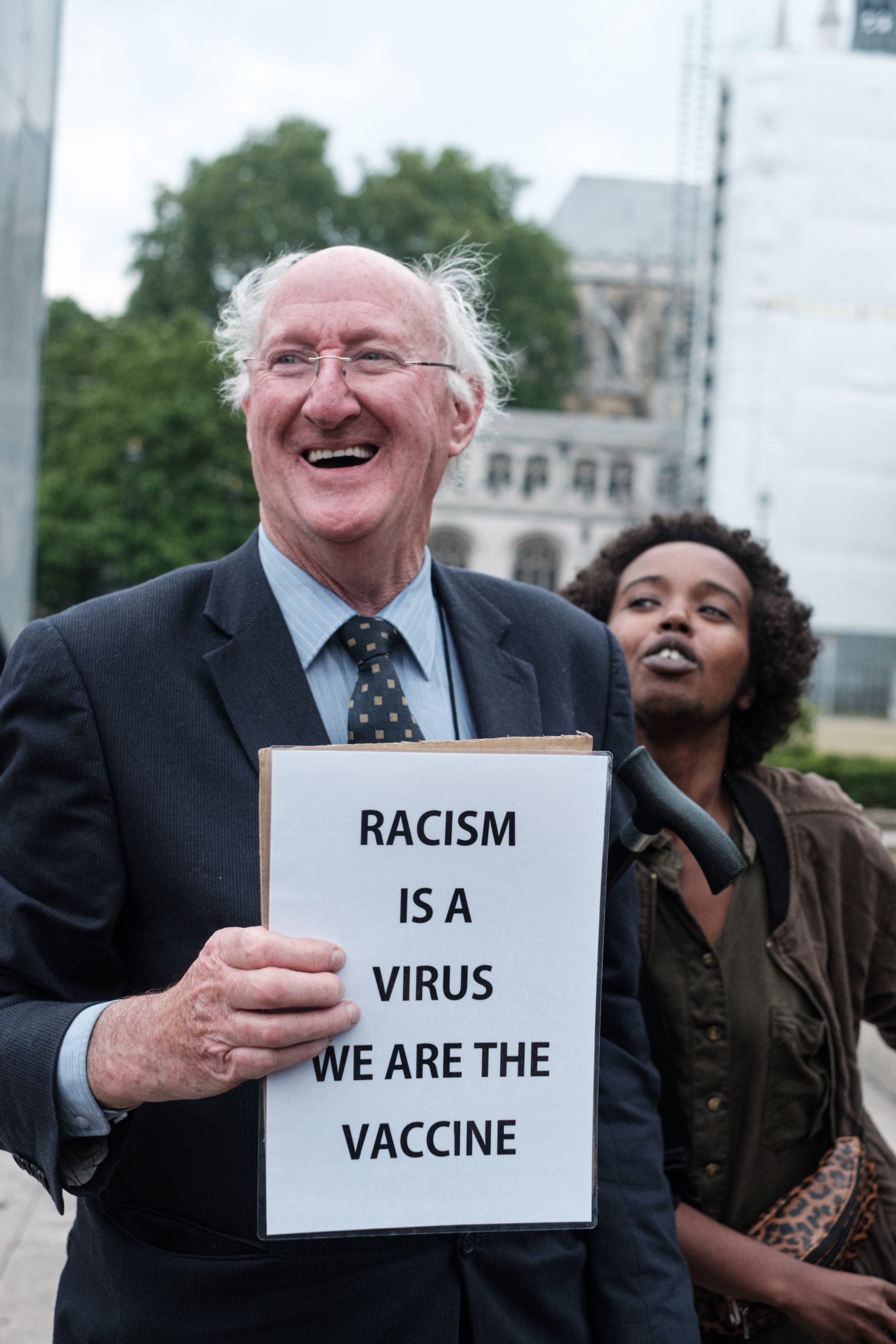 This week on the podcast, we are going to check back in on how our desire to be a better person around race. And our efforts to educate ourselves on how to be anti-racists are going. After all, since last summer when we were in a frenzy buying up books about race, a lot has happened. After a very emotional trial, Derek Chauvin, the white cop who killed George Floyd, was convicted. He was charged with second-degree murder, third-degree murder, and second-degree manslaughter.

And while that may seem like racial justice, in the time between George Floyd’s death and the end of April, 2021, 181 black Americans were shot and killed by police. That’s not even a full year.  Also consider that hate crimes against Asian-Americans have surged. Increasing 145% in 2020 over previous years. Due in large part to mis-placed anger about the coronavirus. In other words, the need for anti-racism is ongoing. And it’s up to each of us to stay present to the need to continue doing the inner and outer that makes racial justice possible.

Before I dive in to today’s big idea…

I just want to remind you that I did a series of episodes on the inner work of anti-racism. I covered how to tell whether or not you’re a racist. How being OK with messing up is a vital component of doing the work. How to separate your personal offense from moral offense. Taking on the responsibility for educating yourself, rather than asking your black, brown, or Asian friend to clue you in. And how to find your tribe of people who also want to be part of the anti-racism solution. Those start at episode 207 and run through episode 211. You can find them by searching for the episode number, or for the term ‘anti-racism.’

Those episodes have been used by at least one college professor as part of an anti-racism curriculum. A fact I know because I have a google alert set up on my name. I mean, don’t we all? And I saw an article had been written in a conservative online outlet about how ridiculous it was that college students were being taught about anti-racism. And there were many nasty comments and tweets about it. I reached out to the professor to say, ‘way to go’ on doing the hard stuff and I’m really tickled that the podcast was a helpful resource.

Here’s what he wrote back:

“I picked your podcast because it felt like it was beginner-friendly and led into action steps. Some students reported trying to work through anti-racism as a topic but felt like they didn’t know where to start. I built the whole unit with the idea that some students need a gentle on-ramp. Relatively short podcasts, paired with videos and other materials, worked well.”

He said he was contacted by many ‘difficult characters and bad-faith actors’ after the article came out. But, he said, “This experience reminded me that the work of anti-racism is on-going.”

I share this story as a way of showing today’s big idea:

That no matter where you are on your anti-racism journey, whether you’re the woke one in your family, or you’ve read a few books, or listening to this podcast is one of your first forays into understand what anti-racism is all about. You doing what you can within your sphere of influence has ripple effects that you may never see directly. (Unless someone writes an article about that includes your name and you have a Google alert set up for your name, hahaha).

So, now that we’re almost a year in from last summer’s anti-racism explosion, where are you at with it all? Did you buy or borrow the books? Did you read them? Have you had any conversations with folks about the ideas in them? Have you changed any behaviors? Whether it’s where you shop, or where you volunteer, or where you donate money, or how you interact with others who have a different skin tone and cultural background than you? Or have you changed your thinking at all, and perhaps viewed something differently than you used to? Whether that’s rioters, or stereotypes that perhaps you hadn’t recognized before?

Or was it more like a fad that’s started to fade, like cargo pants or skinny jeans?

Your tiny assignment is to think back on the last few weeks, months, and year. And check in on how your thoughts, feelings, emotions, and actions have either supported or ignored diversity, inclusion, and anti-racism.

This isn’t about raking yourself over the coals, or beating yourself up. Just…observing. Taking stock. If you feel you haven’t done all that much, know that doing this tiny assignment is a step in the right direction. After all, “Self-awareness IS a form of action,” which is a quote from  Dr. Frederick Bryant, who was, before his death in 2016, a diversity and inclusion expert and educator at Temple University in Philadelphia.

Come back tomorrow, when I’m talking about how to use your own influence to help amplify your anti-racism efforts within your own home, family, and community in a way that it can be heard.