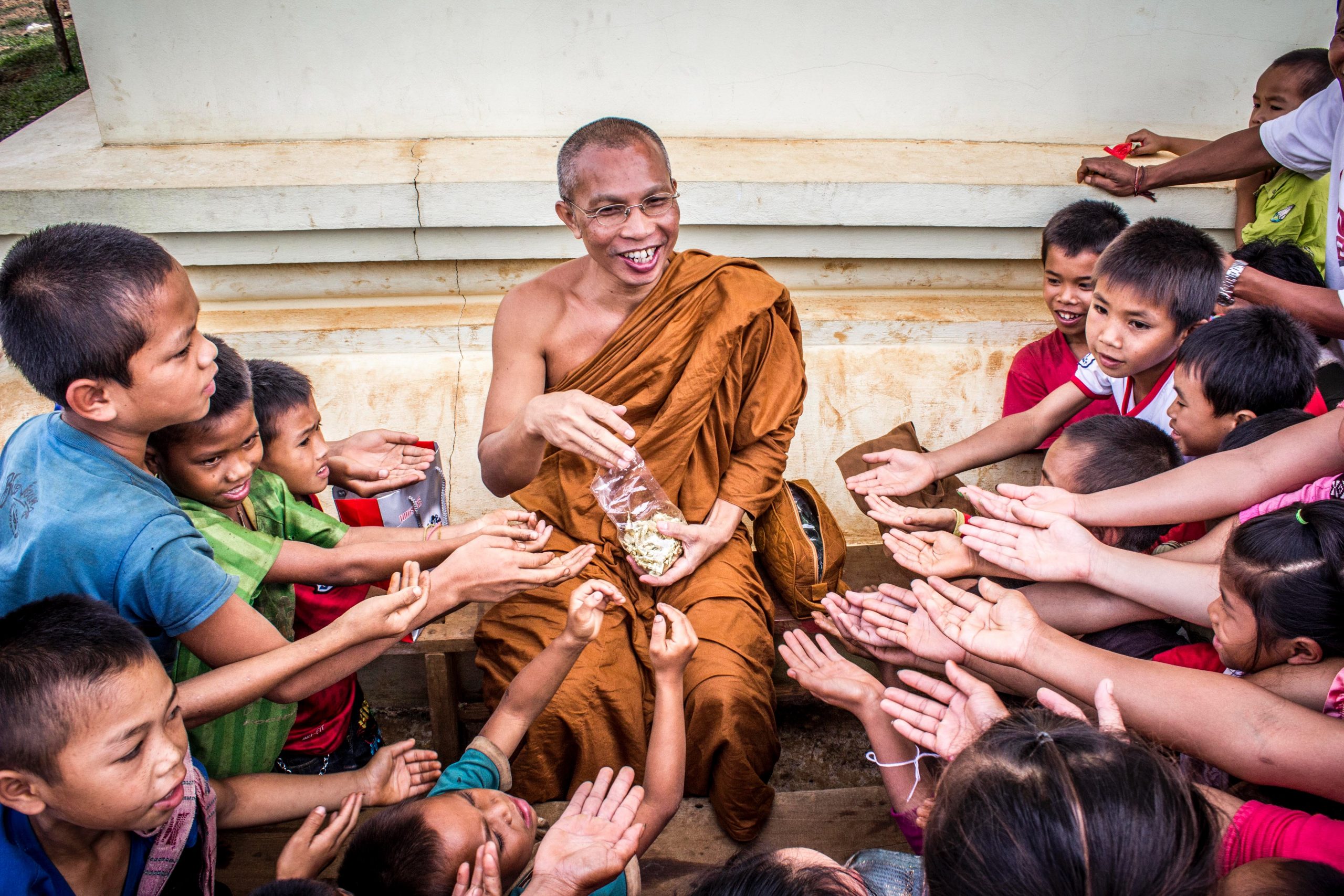 There are so many ways to give. And they don’t necessarily require a lot of time or money, which is what we typically think of when we think of giving. I mean, don’t get me wrong, giving time and money are both great, but they are by no means the only game in town.

If you’ve ever had the thought that you could stand to be a more generous person, I hope today’s episode will show you that there are just so so many ways to give and that something you hear today will get you into the higher energy state of seeking to be of service to others.

I’m going to go through a list of the things that we all have in varying amounts that we can share with others and that both give us the good feelings that come from helping others, and are sincere forms of help to other people.

Let’s breeze through the many many ways to give and be generous with others.

Starting with the most obvious is money

Even small amounts of money are useful to the people and causes that need it. A political candidate you love may not have the biggest war chest, but if they have a lot of donors–even donors who give a little bit–that makes them a force to be reckoned with. To make giving money a part of your life, it’s helpful to make giving money a practice, just like paying bills. Maybe you start out with giving something small like $10 or $20 a month, but you build that muscle of remembering to give and paying attention to causes that could use your financial support.

Next on the top of the obvious list is time

I know that you may not feel like you have much time to give, but know that any amount of time that you give in service of someone else is going to make you be more thoughtful about the time that you AREN’T giving away. Maybe helping staff an event once a month helps you rein in that feeling of wondering where the time has gone, because you have to be a little intentional about what you’re NOT going to do in order to have that time to spare.

Some of the things you have to offer that perhaps you haven’t considered as ways to give back are:

Your platform, or your social media network

You may not be able to attend a fundraising event, but you can share it on your social media feeds and encourage others to go… that word of mouth is priceless, truly, and helps build awareness as well as potentially connects that cause to new supporters.

You also have physical resources

Maybe you have access to a physical location that could be of use to someone, or vegetables that you grow in your garden that you can’t eat all of, or some folding chairs that someone could borrow for an event.

As so many good opportunities come through networking. Sometimes you don’t have to provide the time or the money or the labor that a cause or a person needs, but you can recommend the person who CAN help, and that is a very helpful resource, indeed. Connections are just super mega powerful.

Listening to someone and bearing witness to what they’re going through, is super powerful. That means putting down your phone and really listening, but it is truly a gift,

A kissing cousin of attention is your presence–sometimes just showing up is a huge act of generosity. Your being somewhere, whether it’s a funeral, a booksigning, or other event, can mean everything to someone else.

Another great thing to give is thanks and appreciation

Just telling someone that you appreciate something they did or something about them is a beautiful act of giving. Saying thanks to someone else is an act of generosity.

Sometimes what we have to give is the benefit of the doubt. It’s very generous to give someone a chance to show you that there’s more to them or what they’re saying or doing than your judgment might be telling you there is. When you feel you have nothing to give, try this one.

And there’s one way you DON’T have to give, and that is to give BACK

I’m splitting hairs a bit here, but I’m a writer by nature and I think words matter. The phrase “giving back” makes it seem like you took something and now you need to make up for it. You know, like you need to re-balance the scales. Which, at its core, is about keeping score. And if you’re keeping score, someone is always winning, and someone is always losing. It’s not a very generous and giving state of being, you know?

You don’t want to give out of guilt because you have more than someone else. You want to give out of pure generosity, of sharing the love, of acting on the truth that we are all connected and there is plenty for everyone to have what they need. So instead of aiming to give back, aim to just give. Period.

OK, give back rant over, ha.

I was talking with a friend the other day, who was hosting a party for a neighbor of ours who is running for mayor

I said, how cool that you’re hosting this event. And she said, I was thinking about what I have to give. I don’t really have money or time right now, but I have a nice yard.

So she offered to host a low-stakes gathering for volunteers one Monday evening. She spent about an hour cleaning up her deck and picking up some snacks and drinks at the grocery store. And then the event lasted two hours, and there was about 30 minutes of clean-up. So it was a very contained, fairly short offering of time and space that had a big impact–some of the folks who all support this candidate got to meet each other, and hear from the candidate, and get excited and a little bit more invested in participating in the campaign.

I loved how she did this quick little inventory, and just because she wasn’t feeling flush in the time or money department, she didn’t let that stop her from giving–she kept thinking until she found the thing she had to offer that would be helpful.

Your tiny assignment is to do a quick assessment of what you have to give. Is it time? Money? Physical space or other resources? A social media audience? Real world connections? Attention? Presence? Grace? Think it through and then write down, I have ________ to give, and fill in the blank with your answers. Bringing awareness to what you have to offer will also help you identify places to put it to use.