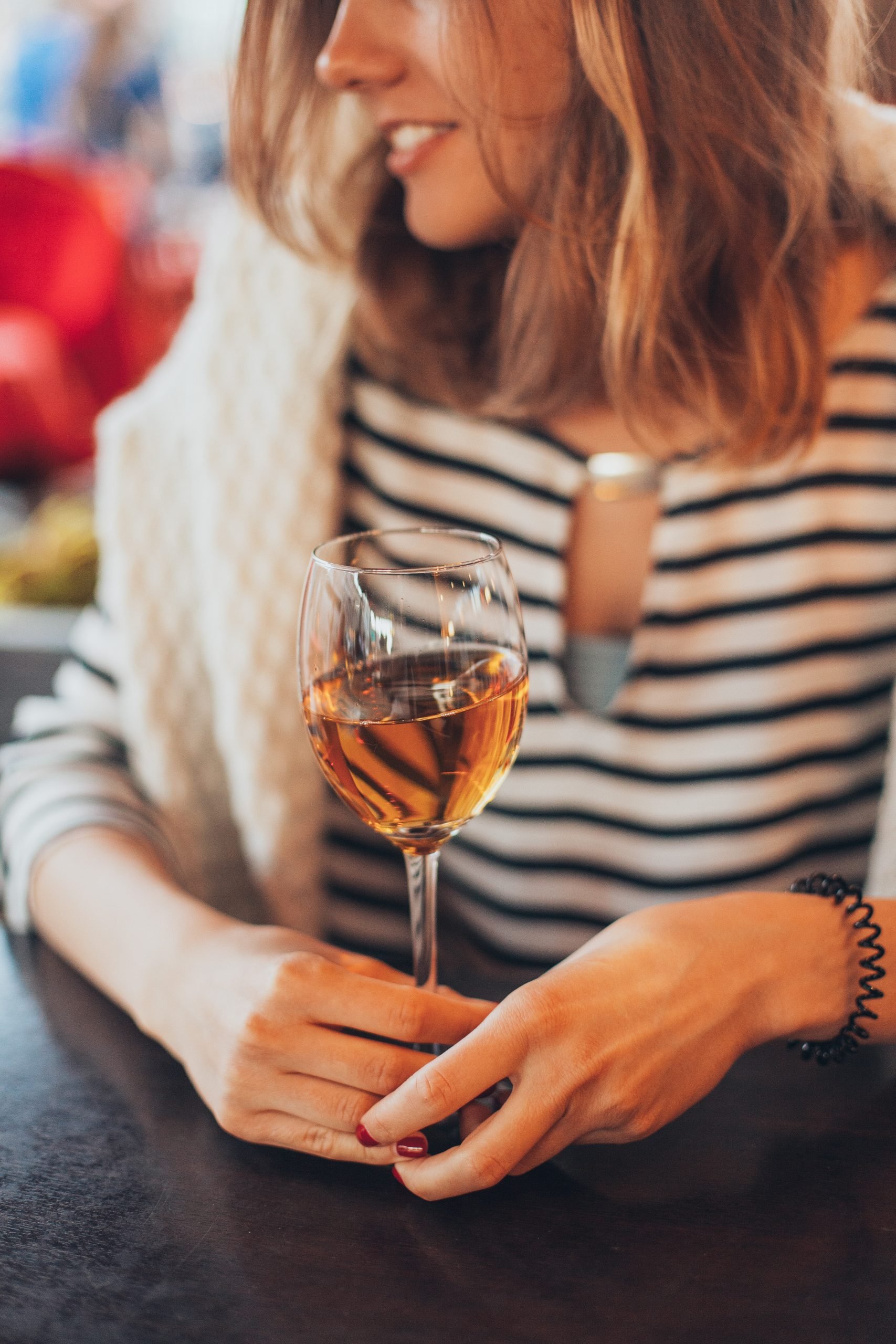 Today’s big idea is that I just spent the month of January NOT drinking alcohol, and it really gave me some insights that surprised me, in terms of how it made me feel and also in what I learned about drinking’s specific effects on women, on the individual and collective level, and I wanted to share my dry January experience with you.

I had done one dry January before

When I was in my early 30s, and living in New York City and going out on the regular, and drinking was a big part of my life and my lifestyle. I’d still go out, but I drank water or seltzer, and at the time my big insight was that drunk people are really annoying. They’re shouty and think they’re funny but they’re not that funny–at least if you’re not also drunk.

Even before the pandemic, going out was not really part of my middle-aged parent lifestyle. I’d already cut down to mostly only drinking on weekends, and then cutting myself off after two drinks.

I didn’t really see the need to completely stop drinking. But with the pandemic, wine was becoming one of my coping mechanisms. I was seeking it for stress relief, allegedly–although it’s after effects were actually adding to my stress. I was also using it for fun, like phew time to shift gears and just be a human and not think about work, which is valuable when you work from home and are rarely leaving the house. But there were more downsides than upsides.

For starters, there were times where I didn’t like how I interacted with the kids after I’d had those two glasses of wine.

In particular, one night my son was taking his sweet time brushing his teeth and I was getting irritated and said something like “Let’s step it up here!” and he squirted water at me out of his mouth. So I did it right back at him. And then he cried. Listen, I’m NOT PROUD. I’m sharing it because I know most parents have done something that as soon as it happened, you wished you could take it back. Maybe you yanked their arm or slammed the car door or called them a b-i-t-c-h.

So listen, we’ve all been there, OK? Also, I’m full on menopausal now and I’ve noticed that drinking wine at night makes me feel like a baked potato in bed at night. I wake up just radiating and then can’t go back to sleep.

about how she had stopped drinking because she was tired of feeling like an asshole and because she had read the book Quit Like a Woman. Which I ordered immediately from my local bookstore and, y’all, it is SO GOOD. Holly Whitaker, the author, really got me when she pointed out that the only question we ever ask ourselves about our alcohol use is, ‘Am I an alcoholic?” Not, “Is this helping me or hurting me? Causing me problems in my physical health, my mental health, my relationships?’

Through this lens, I saw that yeah, alcohol wasn’t really doing a lot for me, and was at the root of a lot of things that were not beneficial–losing sleep, feeling guilty, and looking to something outside myself to make me feel better.

Some things I noticed as a result of not drinking:

Like, really notice it and acknowledge it, which, as I’ve shared on other episodes, has been functionally depressed. Like really really really flat. I don’t know that I would have noticed if I hadn’t laid off the sauce because I would have been too focused on waiting for that next glass of wine, and then I would have blamed feeling flat after that on not sleeping.

So, this may not seem like an upside, but it absolutely is because awareness is the first step in change. Even when you’re raising awareness on something that perhaps you don’t like… it’s still ultimately to your benefit. Like Gloria Steinem said, the truth will set you free, but first it will piss you off. Or in my case, make you feel sad.

I have also been sleeping great. Which is awesome.

Come to think of it, I haven’t had a hot flash in weeks.

Because I know I need something to take the edge off. And meditating has created even more space for me to just notice how I am.

What has NOT happened is that I have not magically lost a few pounds.

In fact, it increased my sugar cravings a lot at first–because alcohol is mostly sugar. They’re a bit better now, four weeks into dry January, but still I’m eating more chocolate than I normally would. That is OK.

As of this recording, I’m still on the wagon. I just don’t know how I feel about drinking again, and when in doubt, I say wait.

Without going down the wormhole of whether or not you’re an alcoholic, I just want to put it out there that you can interrupt your patterns of alcohol consumption

And there will be some insights in there for you, and some benefits that might surprise you, and some things that you think might happen that don’t. I am not at all saying drinking alcohol is bad. I’m sure I will have a glass of wine or cocktail when the time feels right. I’m just saying, here’s an experiment you can try that can help you re-think your relationship to alcohol and the role it plays in your life.

Come back next week when I’m covering ways to put the self in self-care, and refill your own cup on the regular.