“Hidden within every problem lies an opportunity so powerful that it literally dwarfs the problem.” — Albert Einstein 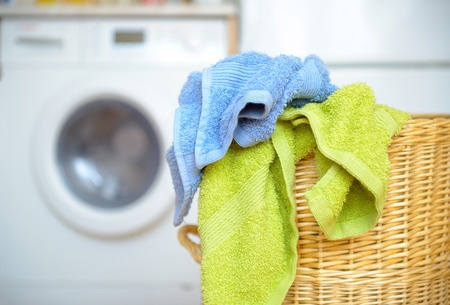 It’s only a couple weeks into summer temperatures here in Providence. And even though I’m swooning at the chance to pack away the sweaters and break out the sundresses, it’s kind of hilarious how quickly all the annoying aspects of summer have made their presence known.

Namely, the daily onslaught of wet towels and bathing suits that need hanging up, the numerous flies that find their way in to our house, and my hair, which takes on a whole new persona in the humid months—a persona named Roseanne Rosanna Danna.

I’m guessing you could pretty quickly name a list of things that are bugging you right now—whether they’re seemingly trivial (like frizz) or pretty important (like being owed money). How you deal with and think about these annoyances says a lot about your character and your energy.

Because here’s a truth for you:

The things that bug you aren’t here to drive you crazy. They’re here to help you grow. (Yes, even that thing.) (Click to Tweet!)

So how do you let those annoyances work for you instead of against you?

Limit your complaining. There is some merit to the concept of “venting” – you don’t just want to suffer in silence. After all, the things that bug you matter to you, or else they wouldn’t bug you. Absolutely, getting what’s bugging you out of your head is helpful, whether that’s telling a friend or journaling about it, but do it with the intention of either getting to the bottom of exactly why you’re so irked, or to simply get it out of your system.

A simple, “Hey, I want to tell you something that’s bugging me just so I can get it out of my head and move on” is all it takes to set that intention. It will help you remember not to go on and on about it. Because what we focus on grows, and you don’t want your irritation to grow! Pay it just as much attention as it needs and then go focus on something that makes you feel good.

Improve what you can. This stuff matters. It is worth it to seek out some way of remedying it – you don’t have to grit your teeth and simply endure it. Enduring just makes you wear yourself out, like an old sponge. There is some way to make whatever’s bugging you less annoying, I promise. Things like clotheslines, screen doors and hair products exist for just this very reason. Do what you can to upgrade your experience. Again, spend just as much time on it as it requires and no more. It doesn’t have to be perfect, it just has to be better.

Use it as an opportunity to practice acceptance. Is there some way you can embrace the annoyances? For example, I bought us a Venus flytrap, in order to turn the wayward flies into a science project. (My husband bought a gun that shoots salt at them—turning them in to target practice, which is a little violent for my liking, but I have to admire his ingenuity and the thrill he gets out of it.) Instead of hating the difficult person in your life, and listing all the ways they are wrong in your head each time you interact with them, try just letting them be who they are. Who says either one of you has to be right? What if you’re just different, and that’s OK?

Look for the gift. Life doesn’t send you annoying situations just to torture you—it’s trying to get you to see something important. Toy with the idea that whatever you’re experiencing is here to teach you something; something very important that will help you be a happier person.

The gift is always there, I promise you. Maybe there’s a new hairstyle that would change my life in the summer that’s waiting for me on Pinterest. (I’m headed there after I finish writing this post!) Perhaps dealing with your annoying co-worker will help you develop a skill that will take you to the next level in your career.

What’s bugging you at the moment and what ideas do you have about why it might actually be here for a loving reason? Share a comment below. I love hearing from you!