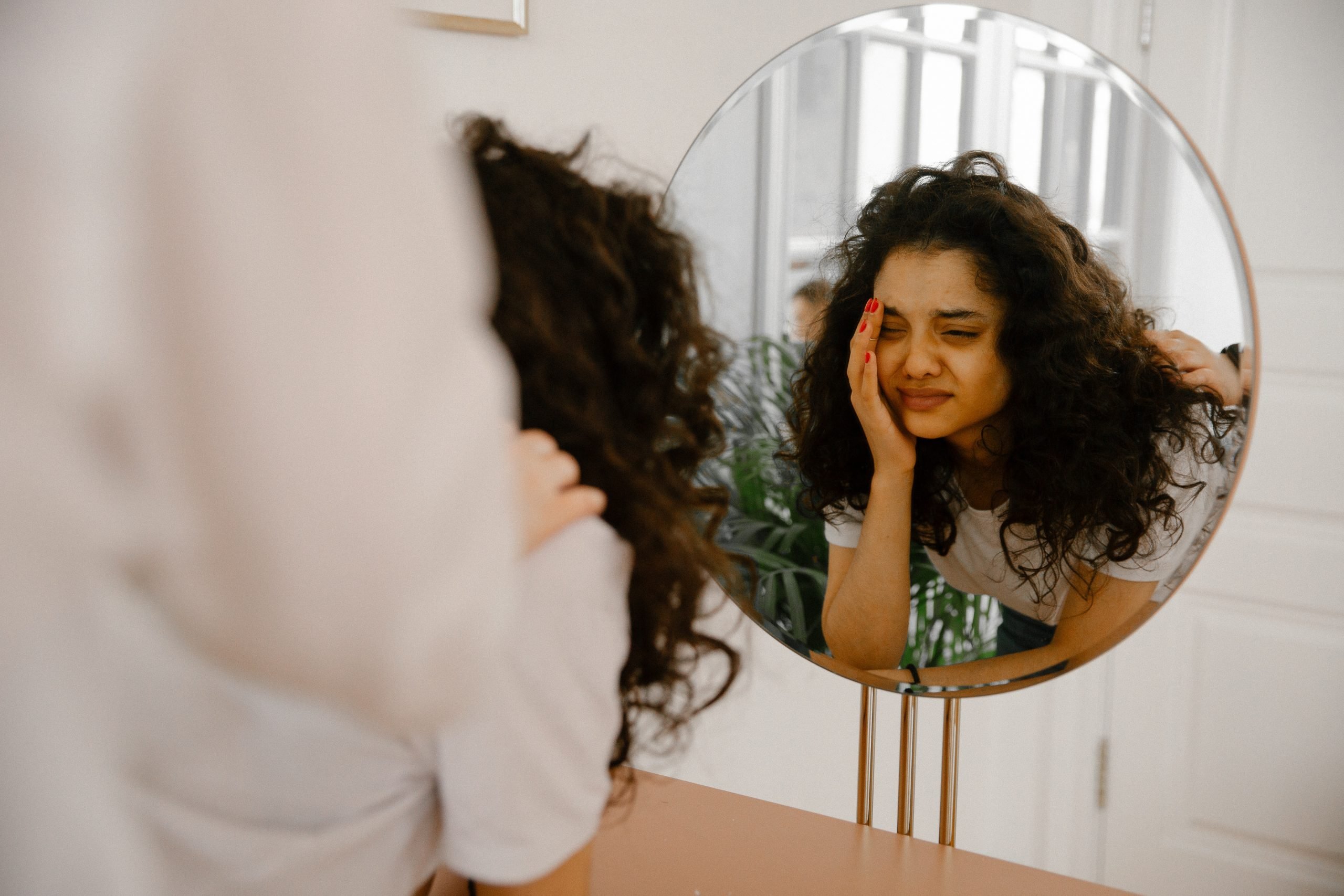 Today’s topic is one that I was asked about by a listener. She’s recently gotten a graduate degree in African art and was asked to give a guest lecture at a university, and her impostor syndrome was kicking up, big time. She reached out to see if I had an episode on it and since I didn’t… well, here it is. 🙂

Impostor syndrome is when you feel like a fraud

And you are doubting your abilities, and feel like at any moment people are going to discover that you don’t know what you’re talking about and you’ll be laughed at and cast out of the group. It happens to way more people than you’d think.

I was just listening to a podcast where Carey Mulligan was being interviewed, and she was talking about how she when she watched the movie An Education, which was her first starring role, on the big screen, she thought she was awful, just so boring, she felt like her face never moved. She called her mom in tears and said, “I can’t go to Sundance! They’ll turn me away! They’ll never let me in.” Well, she won an Oscar for that role.

Research suggests that 70 percent of people will experience it–while that doesn’t make it go away, I hope that it does normalize it.

1. You’re doing something that just doesn’t resonate with you.

Like, you’re trying to fit in at a job you don’t like doing work you don’t care about and you’re just trying to perform a role–in which case it’s just a heightened version of feeling like a fish out of water. You’re not an impostor, you’re still you, doing this thing, but your heart’s not in it.

2. You’re doing something you care about so much that you feel like you could never do it justice.

And probably this is something that you’re relatively new to doing, so you don’t yet have a track record of doing a decent job to bolster your self-confidence.

In either case, there are three ways I’ve found helpful to at least turn down the volume on that voice that’s telling you you’re an impostor:

Give yourself the opportunity to do what you’re nervous about doing in a no-stakes or very low stakes situation and get the experience of it in your bones so that you know more what to expect. If you’re giving a talk, make a video of yourself giving it, or share it to a friend or small group of friends. Do this anywhere between 1 and three times, but don’t go nuts with over-preparation. You just want to take some of the nervousness about doing something new out of it, and knowing that you know your stuff will help you feel better, too.

2 is to Talk About it with Someone You Trust.

Impostor syndrome is a form of anxiety, and anxiety grows stronger in the dark. It’s like the monster in your closet when you were a kid. When the lights are out, you can clearly see the sharp teeth and yellow eyes; flip the light on and it’s a shirt and a pair of shoes. So please, give those thoughts an airing out either with someone you trust to tell you that you’ve got this and they believe in you and all the reasons why you’re qualified, or in your journal. It is perfectly OK to need a little support–so ask for it. Just make sure it’s not a judgy or critical person, because you just don’t need that energy right now. You need someone who sees the best in you and believes in you.

Meaning, pretend that you are playing a role, and act as if you were a person who knew what you were doing. Doing so helps you embrace that feeling of being an impostor but in a more playful way than an I’m such a fraud way.

Or have strengths that we don’t let ourselves see. In coaching, a tricky way to unlock some of that wisdom that’s hiding under uncertainty is to ask, if you knew the answer, what would it be? And that’s the same tack I’m suggesting here — if you knew how to do a solid job at this thing that’s making you feel like an impostor, how would you go about it? And then do it that way.

I mean, really, we’re all performing our roles at least at first until we get it in our bones and it becomes part of who we are. Acknowledging that takes some of that fear of being inauthentic away. I mean, yeah, giving a talk IS an inauthentic thing to do! It’s not natural to stand up in front of a room of people and expound on a topic.

Of course, perfectionism is a common contributor to impostor syndrome–we hold ourselves to a really high bar and anything else is failure. Well, you don’t have to have watched many Ted talks to know that failure is how you learn, it’s how you get better, and, paradoxically, how you build your self-confidence.

And it reflects your desire to do a good job. If it sticks around or gets worse, and sharing it with others doesn’t help, practicing doesn’t help, and pretending you know what you’re talking about doesn’t help, a good therapist can really help. Anything that we’re struggling with is just a sign that we’ve got a ripe opportunity for learning and growth, and no one gets through this life without struggle. So open yourself to it and see what it’s hear to teach you.

And then remember what Michelle Obama said in an interview with Shonda Rhimes. She said,

“You get a seat at the table and you realize that the people around it are no smarter with no better ideas.”

Just by actually doing the thing that you’re nervous about, you’ll be bombarding yourself with evidence that you do, in fact, belong there and you are, in fact, qualified.

That’s it for today!

I hope you’ll come back for more hodge podge tomorrow, when I’m sharing what I learned from my dry January–the 30+ days I spent not drinking alcohol.