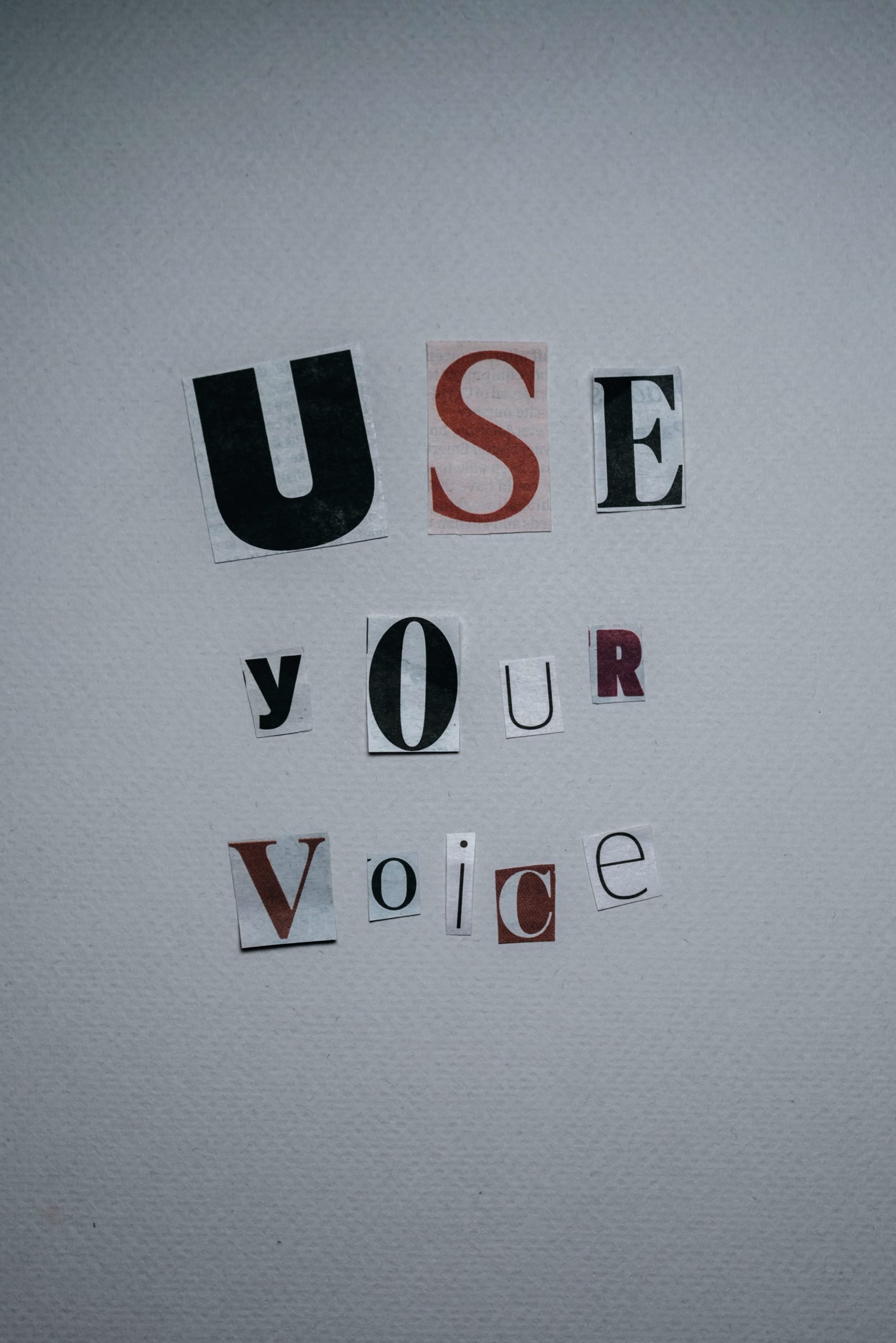 If you really want to do something to help change a big issue but your knees are knocking a little bit, or a lot, I get it. The thought of attending a march, or making calls to your fellow citizens, or knocking on doors can be a little–or a lot–intimidating. As someone who has felt those fears and done those things anyway, I can relate. AND I can report that once you’re in motion, those fears recede and it feels so good to be doing something for the common good. And today, I’m going to share three specific tricks I’ve learned since I first phone banked for a candidate in 2016 to make activism less scary and more FUN.

It’s part of a week of episodes focusing on working to create the change you wish to see in the world. This is a topic I’ve covered a couple different times in the past, but in the wake of the school shooting in Texas and the mass shooting a grocery store in Buffalo, I know a lot of people are feeling called to do something about gun violence, and these episodes are my way of contributing to the momentum that will help us create safer spaces for all our fellow Americans.

Before I dive into my three strategies, I want to tell you about what first got me to get involved in a way I never had before.

It was in 2016 when then-presidential candidate Donald Trump publicly mocked a reporter with developmental disabilities. I just couldn’t believe it. I would never let my kids act that way, because it was cruel and bullying and 100% not funny and not OK, and here was someone who was running to lead our country and represent us to the rest of the world doing it. The Hollywood Extra tapes where he bragged about how he would just grope whatever woman he wanted didn’t help, but it was really that first incident that changed something in me.

Once the primaries were over, I got involved in Hillary Clinton’s campaign. I volunteered to write postcards for her–something that’s helpful and also low stakes, as you can do it at home while watching your favorite show. It was a good way to get started. Once I was comfortable with that, I stepped up to making calls, something I would have been way too scared to do if I didn’t do it with friends–we all went over to my  neighbor’s house and sat in her living room and gave each other pep talks between calls. Those first few calls my voice was definitely shaking, it was such a divisive election, but it only took about two phone calls for most of that fear to fade.

Of course, that election didn’t turn out the way I had hoped

But at least I wasn’t kicking myself that I should have done something about it. After that experience, I’ve gotten involved in other local campaigns, even knocking on doors to canvass for candidates I believe in–which was also scary at first but then quickly turned in to something gratifying, even fun. I’ve had such interesting and rewarding experiences talking to my neighbors about the things they care about. And, many of those candidates HAVE won, so that’s been awesome.

But again, I clearly remember feeling intimidated, resistant, or even afraid to do something in the activism arena.

So here are the three things that I’ve discovered really made activism less scary.

The first is to remember this mantra:

Every little bit helps, and it’s completely OK to start small. There will be times when there is a big rally, or a bill being heard at the statehouse where they need people to show up, or a phone banking party, and you either literally won’t have the time, or you won’t have the energy, or it will sound too scary. And that is OK. You don’t have to make every event… but if you can’t do the big thing, you can do the small thing. Maybe reach out to two friends and ask them if they can go in your place. Or go on social media and put out a call for donations or volunteers. Or chip in $10 or $20 or however much money you can spare to add your energy in a way that doesn’t require you to show up. It all adds up.

The second game-changing thing is SUPER important in terms of staying engaged and happy.

And that is to talk to your friends and family members and ask if anyone would like to join you in your efforts.

Doing anything with a buddy will help lift your spirits when they need lifting, will make it more fun, will get you to keep showing up, and also to have someone you can hand things off to when you need to take a break. There will be times when you would never make it to the important meeting, for example, if you couldn’t catch a ride with friends. Also, when you invite a friend or family member to join you, you deepen that relationship in a very beautiful way. You’ll have war stories to share, and a deeper bond.

All that being said, if you feel like there’s no one in your circle who shares your views–first, I’m sorry. That can be an isolating place to be. Honestly, it’s all the more reason for you to get involved, because when you do, you will meet new people and form new relationships with like-minded people. Not everyone will become a best friend, but at the very least, your network will grow, and you just might meet someone who is in your life and means a lot to you for a very long time.

And my final strategy is to help you deal with coming face to face with people who see things very differently than you do.

Nothing like sitting in a committee room at the statehouse to testify in support of a bill that would raise the age for owning an automatic weapon with a bunch of gun extremists! In these moments, I find it incredibly useful to think like an anthropologist who has just discovered a new tribe of people living deep in the rainforest who have had no contact with the outside world. Meaning, instead of judging them, or fearing them, you become observant, objective, a witness. It keeps you present, and curious, instead of in fear. One thing for sure, you will be getting out of your bubble. And while that may not be comfortable, it is important to understand what life is like beyond your experience. Resist the urge to judge, and just treat it like you’re watching a fascinating documentary.

Your tiny assignment is to do some thinking about what’s been stopping you from getting involved. If it’s time, go back and listen to last week’s episodes–they’re listed under the category Time Savvy–as they are all about finding ways to stop feeling like you never have enough time, and to start making space for the things that matter to you. And if it’s fear, think about which of these strategies you’re going to employ. Will you perhaps start by doing something really small, like signing up for a newsletter or following thought leaders on the topic on social media? Or will you ask around for a friend who is interested in joining you? Or will you adopt the stance of an anthropologist and help yourself stay observant but detached when you do get out there and do something?

And be sure to come abc tomorrow when I’m sharing 5 ways to use social media to create change. Yes–something you can do in your jammies from home that totally helps advance the causes you care about!