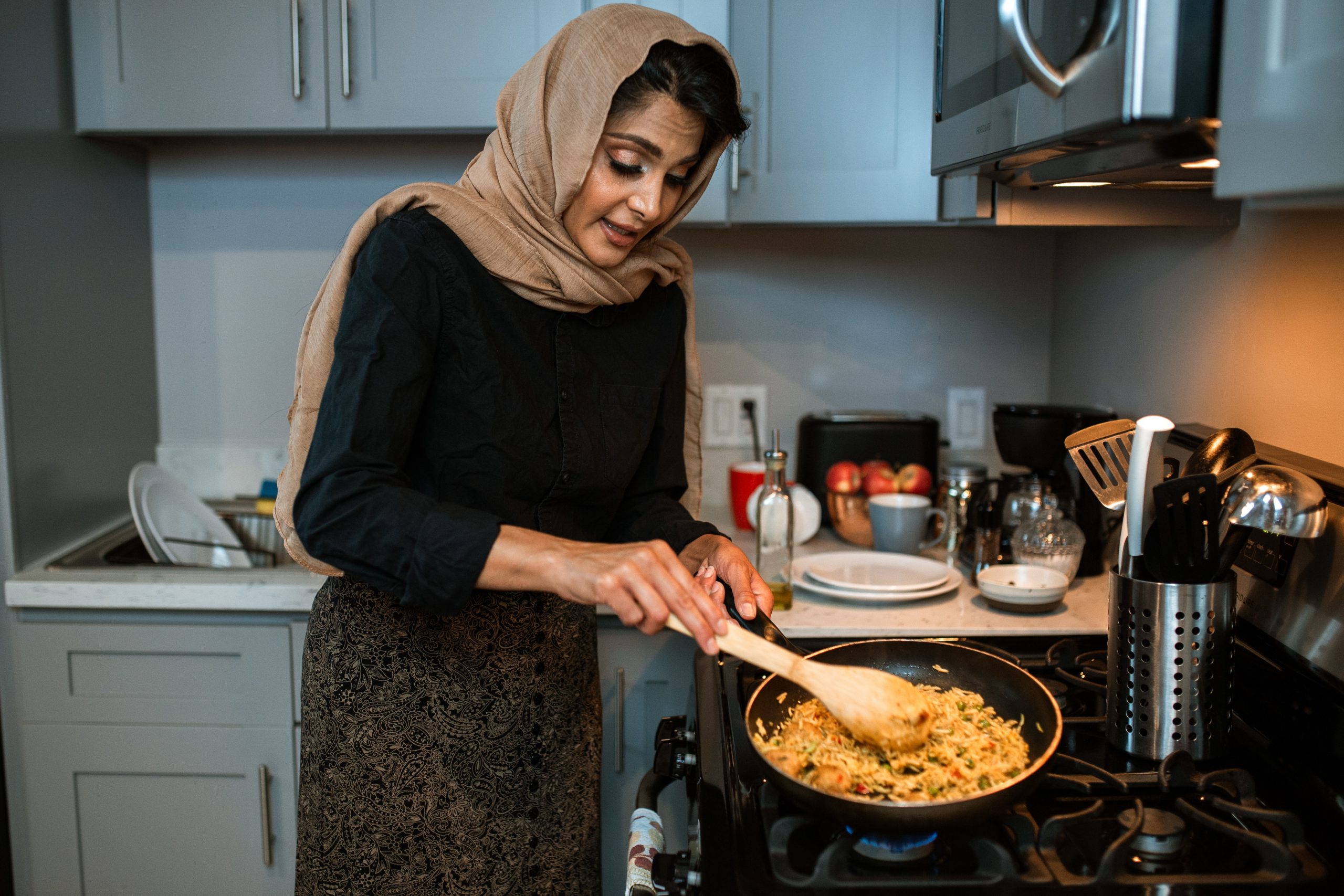 Today’s big idea is that, while you definitely don’t need any formal training to be a great home cook, having a couple techniques up your sleeve can make things a lot easier. So today I’m sharing three cooking strategies that, over the years, have saved me weeks of time. I did learn them from a pro, but not in a class or culinary school.

I learned them from Rachael Ray, way back on her Food Network show, 30 Minute Meals.

Remember when the Food Network used to show actual cooking shows? Like, one person on a kitchen set making a meal while they talked to you? I was a HUGE fan. I even figured out how to program my VCR to record used to videotape Sara Moulton, Giada DeLaurentis, Alton Brown, but my favorite was Rachael Ray. Because she was self-taught, and she was obsessed with only making 30 minute meals, and she was super practical.

I learned a TON from Rachael. She wasn’t trying to dazzle you with her fancy dishes, she was trying to get you to make your own food, and to easily make that food taste great. I mean, anyone who says “easy peasy” a million times while cooking is my kind of cook!!

When I watched Rachael Ray, I was single. Being married and having kids weren’t even something I was sure was going to happen for me, as I didn’t even lay eyes on my spouse until I was 33. I didn’t know it then, but watching her show helped me immensely when I became–by choice–the main meal preparer for our family of four for over 13 years now.

And that always help make cooking something I enjoy and not something that feels like it’s taking too much time.

First, is Rachael always used what she called a garbage bowl

One bowl that you can throw all your scraps into as you cook, and then you can dump them all at once when you’re done cooking. It helps you clean as you go, and it helps you have less backing and forthing with the trash can, which, let’s face it, is always a little bit of a pain in the butt, either opening the lid or pulling out the drawer, ugh. Now that I started composting, at long last, I have a countertop compost collector that’s my garbage bowl. Your garbage bowl can be any mixing bowl, it doesn’t have to be any kind of fancy thing.

Second cooking strategy is to make one trip to the fridge

This was one of my favorite parts of the show, when Rachael would open up her refrigerator and pile every single ingredient into your arms. Sometimes you just felt certain they were going to come crashing down, but it never happened when I was watching. When you get all your ingredients out at once, again, you’ve got less backing and forthing. PLUS, seeing everything out on the counter will help you figure out what you need to do first, second, third, etc. Just know that you don’t have to prep everything before you start cooking, like chefs do, but you can at least have it out on the counter. Which will help you do strategy number 3.

And that is to master the meanwhile

A lot of times recipes, in their ordered steps, will say something like, “boil the rice for 15 minutes. Meanwhile, chop the onions.” And using that meanwhile is really how you make meal prep take less time. Once you have everything out on the counter, you can survey the scene and figure out which takes the longest to cook, and then start there.

Say you’re making chili, you can start by chopping the onions and garlic and get those in the pot, because they’ll need to soften for anywhere from 5-10 minutes, and in that time, you can open your cans of beans and tomatoes and rinse the beans. Or if you’re making a stir fry, get the water for your rice in the boiling water and then chop everything for the stir fry while the rice cooks, because a stir fry only needs to cook for a few minutes, while rice has to cook for more like 15, plus the time it takes for the water to boil.

Your tiny assignment is to think about which one of these cooking strategies you want to try out the next time you cook. Will you use a garbage bowl, or make it a point to get out all your ingredients before you start to cook, or will you focus on making the most of your meanwhiles? You don’t have to do them all, but try one. Get it into your cells, and then you can add another one. Just decide which one it’s going to be, and give it a go at your next meal.

Speaking of your next meal, be sure to come back tomorrow, when I’m interviewing Kate Schulz from the Dinner Sisters podcast on how to figure out what the heck to have for dinner. Come get answers to the age old question–what’s for dinner?